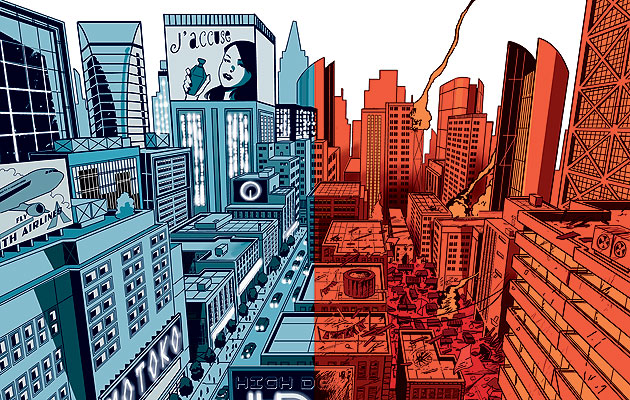 Some political scientists claim that democracy and capitalism are mutually exclusive. However, charter cities and free ports could permanently cleave the two apart. Following the UK's decision to leave the European Union, the extreme-right within the Conservative Party has prioritised deregulation to maximise profits for their desperately needed donors. As the UK falls into a libertarian abyss, charter cities and freeports are the latest grand scheme for the conservative party. However, while they claim to preserve workers' rights and protect the environment, the opposite is true.

So what are charter cities and freeports? Essentially self-governing zones, corporations have the power to set all legislation, controlling health, education and justice systems. Income and corporation taxes are frozen, compelling citizens to obey all instructions. These special economic zones operate as if exterior to the UK's borders, like an embassy of greed. There are plans to create eight charter cities in England in the near future.

America is famous for exporting its soft culture, from Hollywood to Mcdonald's. Its latest may not be too popular. They were envisaged in the US by none other than Peter Thiel and Joe Mercer, seeing them as a way to replace the government with corporate power. The outspoken Trump fanboys see the world through an exclusively capitalistic lens, where cash is the one true king. Right-wing interest groups such as the Institute of Economic Affairs, the Adam Smith Institute and the Taxpayers Alliance have their fingerprints all over this. The latter's CEO even ran the Leave Campaign during the EU referendum, championed the idea, and funnelled millions of pounds into Conservative coffers to achieve their goals.

It is all painfully obvious. The "simpler framework" purported by the government is doublespeak. To understand what this Conservative government wants, one must read theory policy briefs and ignore what they say. They say that these freeports will generate growth and offer a simplified framework. In reality, they suspend our rights, erecting a permanent underclass.

Venture Capitalists have tried to do this before. Project Prospero, a proposed freeport in Honduras, recently collapsed due to intense civic pressure. It took the residents of the nearby town of Crawfish to thwart the plan. The dispute emerged when the freeports took control of the town's water systems and attempted to charge them an exorbitant rate. When the residents refused their offer, the corporation's response was to cut the water supply. We can expect a similar level of control and tyranny should charter cities find a place on UK shores.

The prospective environmental damage is also apparent. Unaccountable corporations focused on profit maximisation are not concerned about ecological fallout. Following a vote in the House of Commons last year, the Conservatives allowed private water companies to pump raw sewage into rivers and seas, rendering much of the UK coastal waters toxic and unfit for human leisure. Unregulated profiteering will significantly harm the UK's net zero 2050 target and reduce parts of the UK to a poisonous wasteland. A swim in the sea at these freeports may land you in hospital. Pray you have saved up for the medical bills.

Freeports and Charter Cities may or may not happen, depending on the next General Election. What is clear is that the Tory manifesto is becoming more ominous by the day as this leadership election descends into a race for the bottom. Uber-capitalists call more and more of the shots. Perhaps one day, they will call them all.

British Indians: A Victim of their own Success?