Child Labour In The Backdrop Of Pandemic 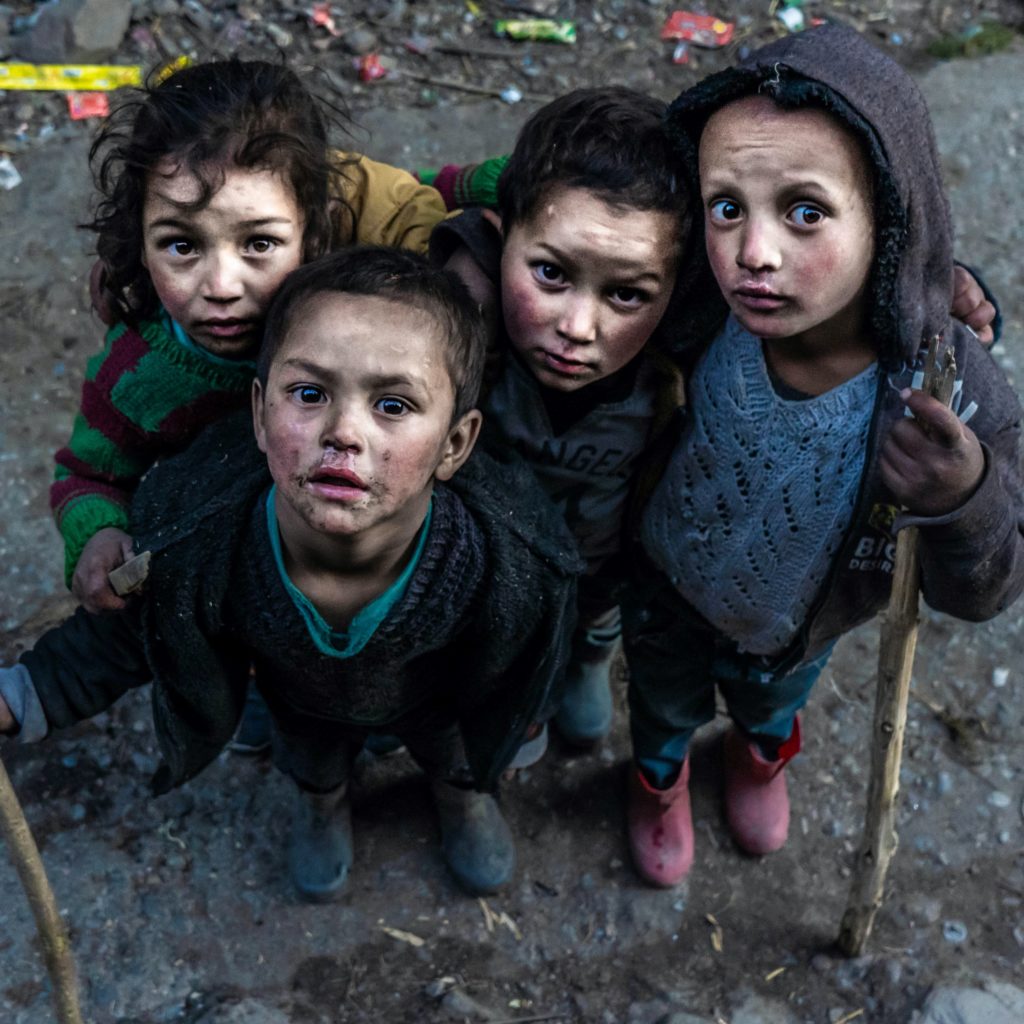 "Child labor exists not because the world doesn't have enough resources to end it, but because of how the resources are allocated" - Kailash Satyarthi

Employing a child below the age of 14 years for any activity paid or non-paid including, household help, is a criminal offense in India. But still, India has the highest number of child labor due to its large population. According to the National Census of India conducted in 2011, the nation had 259.64 million children aged between 5 to 14 years, out of which 10.1 million were child labor. Child treated as a helping hand in his family shop is also categorized as child labor. Moreover, it is reported that 83% of child labor occurs within the family, mainly in family farms and small businesses like roadside tea stalls.

We all know poverty is the main driving force for child labor. In India 812 million people, which is 60% of the total population, live below the poverty line. In this pandemic, chapter of life nationwide after the lockdown has a catastrophic effect on the people belonging to all strata of life. With extended business lockdowns, the percentage of people belonging below the poverty line may increase to 86%. Last year when the nation went into total lockdown migrant laborers faced a grave threat.

With factories and industries closed down, they lost the source of income for their livelihood. The report says there are approximately 139 million migrants across the country. Uttar Pradesh and Bihar are the top two leading states, followed by Rajasthan and Madhya Pradesh. With no employment, these laborers went back to their native villages. According to some of them, they would prefer to die from coronavirus in their village, than live in the city with no job filled with starvation. A common senario of Kolkata (Source: Own)

Whenever there is an increase in the below poverty line inhabitants, child labor also faces an increment. It is predicted that once everything goes back to normal, like the post-covid period, the need for child labor will increase. Migrant laborers will be returning to the cities along with their families. Children are treated, as an extra source of income in these families.

According to them, the wages of the child are essential for his/her survival. At the same time, industry and factory owners will search for cheap labor to cover up the financial losses. Children are the best option in this situation as they are easy to exploit. There will be a rise in bonded laborers as families can't pay back the loan taken during the pandemic situation. Children are often used to clear the debt leading to child labor slavery.

With the change in the mode of education from offline to online, the school dropout rates increased. Affording a smartphone is a dream when the family is starving due to lack of income. School dropout children are often found engaged with child labor. Last year a study was conducted in 24 districts of Tamil Nadu by Campaign Against Child Labour. It was revealed in the reports that more than 90% of the children surveyed had an economic crisis and family pressure, which led them to work. A small percentage of children stated that they are working to buy a smartphone to continue their studies.

Deprivation from education is a long-term loss for a child as well as the nation. Illiteracy is a dire threat to the country, hindering development. Apart from being a school dropout, various psychological effects like long-lasting traumas, depression, anxiety, and physical effects, are noticed.

Since the pandemic began, more than 9,300 children lost both parents or were abandoned, stated the National Commission for Protection of Child Rights (NCPCR). Unofficially these numbers are more than we expect. These unrecorded orphans are prone to child labor and human trafficking. Trafficked children are subjected to forced marriages, sexual exploitations like prostitution and pornography, forced to join armed groups and many more.

For the past two decades, the global trend for child labor was downwards, but this pandemic threatens to overturn this trend. According to the reports published by the International Labour Organization and UNICEF, after 2016, the progress in child labor has been de-accelerated. Globally in 2020, child labor increased by 16.8 million from 2016.

"I am anguished and ashamed about the first increase in child labor in two decades. There can be no excuse for this. During the same four years preceding the pandemic, the world got richer by $10 trillion. Yet, child labor rose to 160 million. How rich does the world have to be to stop slavery and exploitation of our children?", said Kailash Satyarthi, Nobel laureate, and human rights activist.

The United Nations said, due to the covid-19 pandemic, 1 out of 10 children is into child labor all over the world. Satyarthi spoke through a tweet on the eve of the G7 summit and called for action from the world leaders. 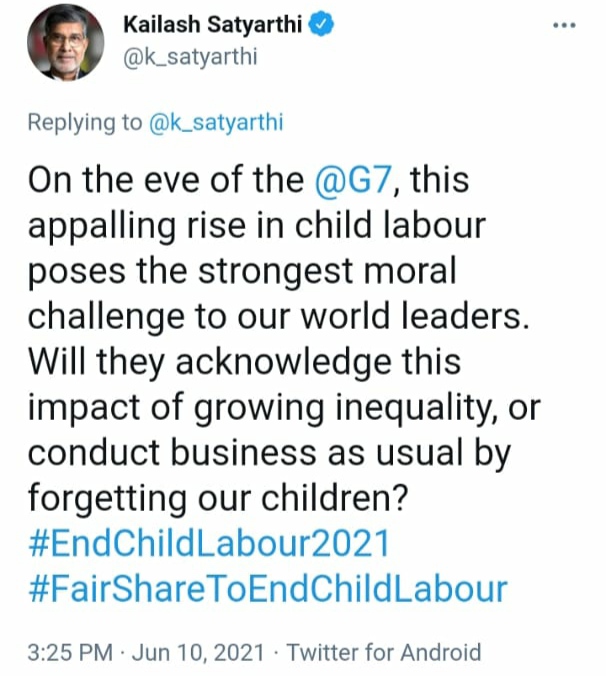 Bachpan Bachao Andolan, in association with Kailash Satyarthi Children's Foundation, organized a " Consultation on Elimination of Child Labour amid COVID-19 pandemic". Kailash Satyarthi advocated the government " to make Right to Health a fundamental Right and make adequate budgetary allocation for health and education need for children."

Since 1980, he has been fighting against child labor, and slavery from the forefront, through his movement Bachpan Bachao Andolan. This organization saved more than 90000 Indian children from exploitation. During this lockdown, along with government authorities, they rescued 11,000 children.

The Survival of Refugees has become blurry amidst the Pandemic: On the occasion of World Refugee Day- 20th June 2021.