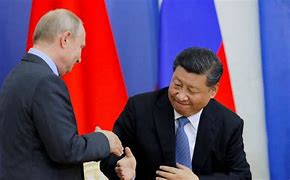 On Tuesday the Chinese foreign ministry spokesperson Wang Wenbin, during a press conference said, “China and Russia will continue to carry out normal trade cooperation following the spirit of mutual respect, equality and mutual benefit”. This comes after countries from the EU, the West, and the UK put sanctions against Russia.

“All countries’ sovereignty and territorial integrity should be respected and upheld, and the purpose and principles of the UN Charter should be jointly safeguarded. This is a principle that China consistently holds and a basic norm governing international relations that all countries should adhere to,” said Wang Wenbin.

According to the spokesperson, China’s position regarding sanctions was to oppose any “illegally imposed” unilateral sanctions, believing that sanctions are not an effective solution to solve the problem.

Despite the ongoing sanctions against Russia coming from the US, UK, and EU, China is going to continue to conduct normal trade cooperation. China’s stance on the conflict in Ukraine had not changed according to Wang Wenbin, and during a press conference, he replied to a question about humanitarian aid saying China was “ready to play a constructive role in easing the situation in Ukraine”.

The Chinese foreign ministry Wang Wenbin was asked a question about China’s reaction and stance towards Russia being kicked out of SWIFT banking systems from the alliance of Western nations. The Chinese foreign ministry replied by saying, “China does not agree with resolving issues with sanctions, still less unilateral sanctions that lack the basis of international law. Reality has long proven that sanctions not only fail to resolve problems but will create new ones. It will result in a situation where multiple players lose and will disrupt the process of political settlement.”