China yielded back the Arunachali youth to the Indian Army 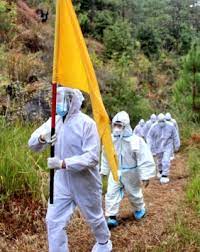 As per the Indian Law and Justice Minister Kiren Rijiju, the People's Liberation Army (PLA) of China has handed back Miram Taron- a minor from Arunachal Pradesh, to the Indian Armed forces, nine days just after the kid’s sudden disappearance.

Taron, a 19-year-old native of Jido Village in the Upper Siang region, has been missing since January 18 near Bishing's Shiyung La.

Taron was captured by the PLA near the Line of Actual Control, an incident that was brought to light by the Bharatiya Janata Party MLA, Tapir Gao.

Taron, the Arunachali youth was handed over to the Indian Army by the Chinese PLA in the Anjaw district, which lies on the eastern part from where the kid was captured.

The minister of Law and Justice tweeted;

The Indian Army worked with extreme precision, as they pursued the case with the PLA to get Taron back home safely. The Indian Army acted as fast as they could and swiftly contacted the PLA through the hotline and made sure they were successful in locating the boy.

There have been many instances of disappearance amongst the villagers who reside in the neighborhood of the imaginary India and China border, where they had set off for hunting and went missing thereafter. It is reported that Taron and one more boy had been on a hunt that day in that area when the boy went missing, and his friend returned.

As many youths have gone missing before, this is not something new for the villagers. There have been several cases earlier where many youths from this region have been missing or abducted.