COP15: The Push For Indigenous Leadership To Halt The Tide Of Nature’s Destruction 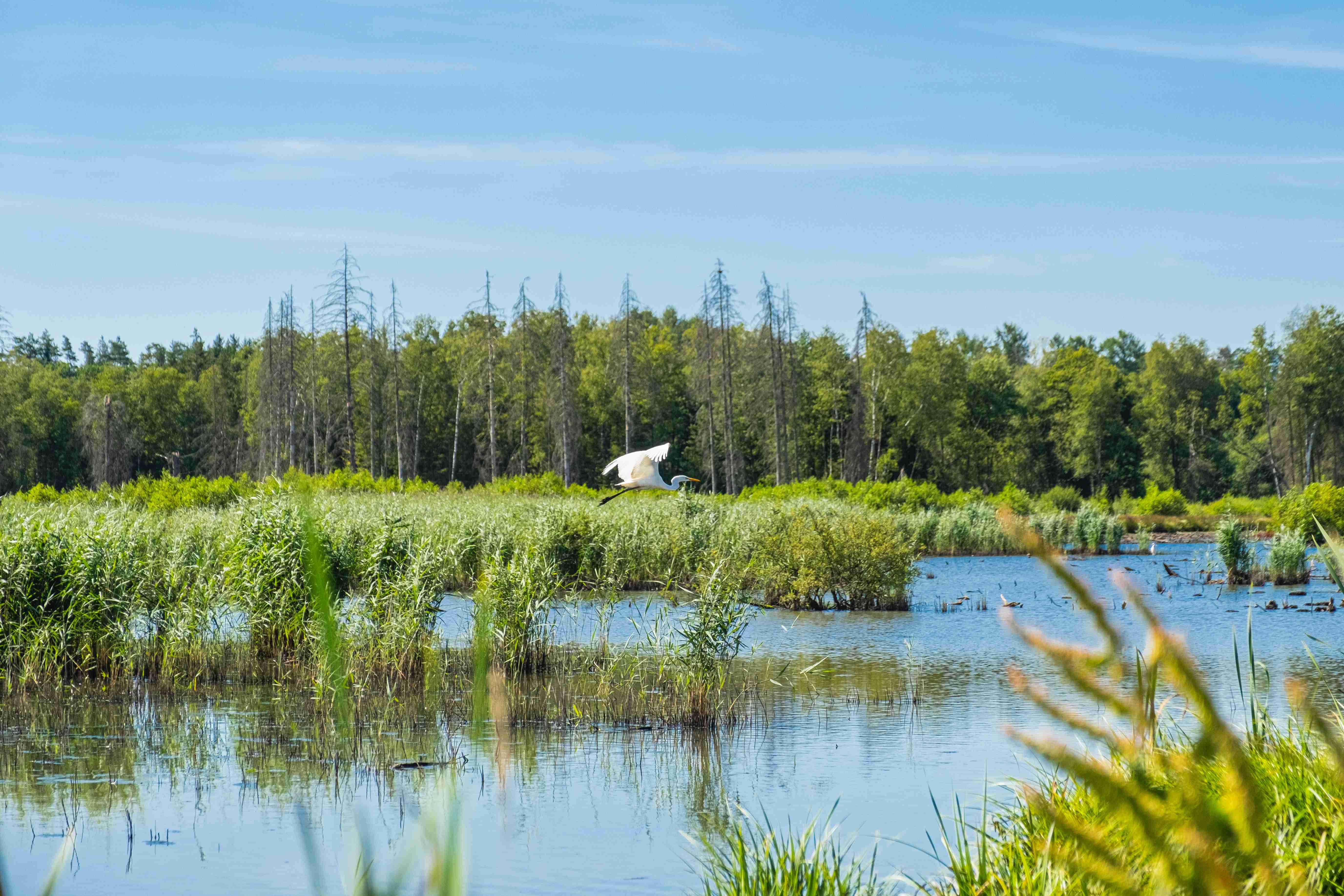 As the United Nations COP15 nature summit comes to a close, questions arise as to whether world leaders will uphold the standards set by the summit, and whether the goals themselves will effectively address the root causes of biodiversity loss.

The WWF Living Planet Report 2022 reveals wildlife populations have declined by 69% between 1970 and 2018. The extent of this decline varies in different parts of the world and between species, with Latin America showing the more significant percentage of decrease (94%), while freshwater species have declined worldwide (83%).

UN Secretary-General Antonio Guterres stated, “humanity has become a weapon of mass extinction”. However, momentum has built over the years toward reducing biodiversity loss worldwide. And in recent times, this momentum has been spearheaded by the COP15 summit.

What is the COP15 summit?

COP15 stood for the 15th meeting of the Conference of the Parties for biodiversity and was held in Montreal, Canada. The meeting centered around the Convention on Biological Diversity, a 1992 international agreement stipulating how nations must use and protect nature’s resources. The discussion goals were to bend the curve of biodiversity loss by identifying targets, accelerating conservation and restoration, and addressing drivers of biodiversity loss.

The stakes of this conference were high. Delegates worldwide participated, including 190 nations, Indigenous communities, non-profit groups and transnational corporations. An estimated 17 000 people were part of this conference to create a 10-year agreement to halt and reverse biodiversity loss.

In many ways, these targets were formed in response to the unprecedented rates of declining nature and species extinction by creating targets for protecting the world’s biodiversity and building a sustainable relationship with nature. However, the summit’s outcome has spurred mixed reactions within the international community.

Following the commencement of the meeting, UN Secretary-General Antonio Guterres hailed the deal and said, "we are finally starting to forge a peace pact with nature." On the other end, Sue Lieberman of the Wildlife Conservation Society said to BBC, the agreement was a compromise. Though there are many excellent and hard-fought elements, “it could have gone further to truly transform our relationship with nature and stop our destruction of ecosystems, habitats and species”. Other writers and advocates are concerned about states meeting these targets and the need for a monitoring mechanism.

A critical concern among environmental activists, advocates, analysts, and state leaders is whether the identified goals and targets of the summit will effectively enhance biodiversity and address the causes of biodiversity loss. In this sense, it is essential to understand what biodiversity means.

Biodiversity is also more complex than this. It not only refers to diversity on the levels of land, ecosystem and species, but it is also the foundation of these as it creates resilience within the area. Resilience is defined as the “capacity to change and adapt yet remain within critical thresholds continually." When an ecosystem is experiencing climatic stress, various species perform a “buffering role” and contribute to the system’s resilience. Therefore, without biodiversity, resilience is lost and vice versa.

The foundation of biodiversity is biodiversity itself. Indigenous and traditional knowledge highlight how resilience is a key element to cultivating and maintaining diversity within ecosystems and other environmental contexts. More than 80% of global biodiversity is found on Indigenous land, but only 5% of the global population is Indigenous.

Indigenous Peoples in the 2022 Nature Summit

Indigenous and local community members were concerned about the lack of Indigenous leadership, and a report from the University of New South Wales (UNSW) stated:

“The negotiation process makes it difficult for voices to be heard. During negotiations, countries speak first on which text they’d like amended. This ordering process means Indigenous peoples [could] work with countries to negotiate on their behalf [or] wait until all countries have had their turn to speak.”

“Waiting for other countries to speak can take a long time, often leading well into the night before Indigenous peoples and observers can speak and texts are accepted (if there is agreement).”

Following the summit’s conclusion, the International Indigenous Forum on Biodiversity (IIFB) released a statement welcoming the goals identified during the conference but expressing more work is needed. President of the Saami Council in Finland and Regional Coordinator of IIFB for the Arctic, Aslak Holmberg stated Indigenous Peoples and local communities have to “make the biodiversity framework into a reality.”

The co-chair of the IIFB said:

“We still have a journey, a journey that Indigenous Peoples and local communities have always taken. We will move forward to ensure the implementation of the GBF is a success,” she said.

“We have spoken and you have heard us, let us now put those words into action.”

The importance of recognizing and respecting the Indigenous land, people, and knowledge becomes apparent. Indigenous Peoples hold valuable knowledge concerning enhancing and managing biodiversity. Additionally, numerous studies demonstrate how Indigenous Peoples have successfully managed socio-ecological systems and addressed anthropogenically-caused environmental destruction. In the European Arctic, the Skolt Sámi were able to restore rivers previously damaged by people, which led the species of fish and their habitats to thrive using Sámi Indigenous knowledge. Indigenous knowledge, therefore, comes close to addressing the root causes of environmental destruction. However, while their rights and responsibilities were recognized within the goals of the summit, recognition alone does not translate to the implementation or embodiment of knowledge frameworks posited by indigenous people.

Among them, a strong focus was on “recognizing Indigenous and territorial territories and practices.” The report mentioned protecting traditional knowledge, respecting the rights of Indigenous people in terms of managing strategies and having access to the “best knowledge” including Indigenous knowledge. The concept of resilience was covered briefly, in terms of ensuring its “mitigation, adaptation and disaster risk reduction actions” (Target 8) and adopting “biodiversity-friendly practices” (Target 10). There was a priority on recognizing and protecting Indigenous perspectives; however, the underlying framework of which these targets and goals were built remains on Western and European frameworks. The plans do not embody Indigenous perspectives on biodiversity or the process of biodiversity itself, and no concrete steps were mapped out for implementing specific practices.

Research reveals Indigenous societies summarise their knowledge in the forms of “folklores and folk institutions like ‘sacred groves,’ ‘sacred ponds’ and ‘sacred species’ — that prohibit the destruction of certain resource species and their habitats.”

“Traditional knowledge is part of the heritage of humankind. It is the library of knowledge that people have of the environments they live in. We need different knowledge. Future generations will need this to survive,” he says.

Speaking at the Luc Hoffmann Institute in Vienna, Mr Berkes stated the collapse of biodiversity loss stems from a prevailing worldview that creates a separation between humans and nature and thus incentivises the exploitation of natural resources.

“Indigenous knowledge is about the interconnectedness of things. It tries to increase abundance. The Western approach is to see the world in pieces and to profit from it,” he said.

“It took years for indigenous knowledge to get known. Now we are relying on it to deliver biodiversity. [Indigenous peoples] have been delivering for all these years but have been quite unappreciated.”

Indigenous knowledge provides valuable insight into understanding biodiversity, its place within the environment and how to enhance the world’s biodiversity in various contexts. While the COP15 summit reaffirmed their recognition of Indigenous language, practices, and knowledge, there is a need for Indigenous Peoples to lead these conversations and for state leaders to provide a platform for their voices to be heard and respected. Recognizing the value of knowledge is necessary; embodying this knowledge in practice is essential.