Corruption—An Introduction to the Most Worshiped Crime 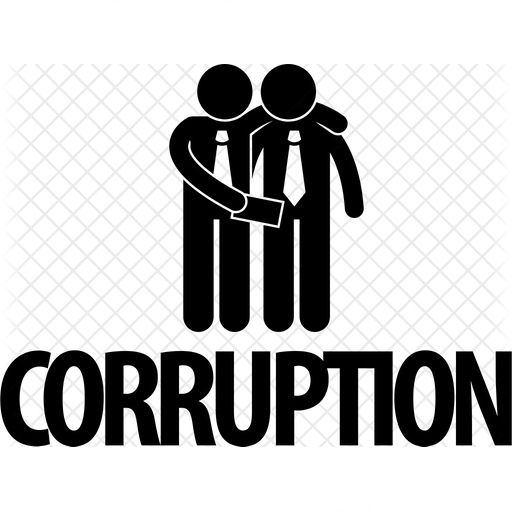 Since our school days, we came a long way with this word through various lessons, essays, debates and discussions. If we go through some basic definition of corruption, it says that corruption is a form of dishonesty or criminal offense undertaken by someone to acquire their selfish benefits. In simpler words I would like to say that corruption is nothing but distortion of any system with underlying principles for favouring oneself. Corruption is like a poisonous gas, widely spread around. It is everywhere. In judiciary, politics, law regulatories, all levels of government offices, educational institutions, arts and cinema, sports, private firms etc.

However, we tend to shoulder this normalised criminal offense, for clearing the obstacles on our path and to create obstacles for others.

The causes of corruption

● Human greed is the primary cause of corruption. “More and more” has always been

● Much complicated bureaucracy of government institutions—who wants to stand in

● Never ending list of government departments and procedures evolving around them

● A shattering economy with inefficient management and infrastructure

If we go more through it, we will find almost every political, economical and social issue as the cause of corruption. Well, most importantly, it is our tolerance against corruption that makes it further more powerful and unavoidable. In India, government projects and initiatives such as the Mahatma Gandhi National Rural Employment Guarantee Act (MGNREGA) contribute largely to corruption.

What includes corruption or the types of corruption

The first thing that most of us can associate with corruption is bribery. Offering and receiving any items of value like money, property, privilege, etc for personal gain is bribery. The favours offered can be any valuable gifts, political benefits, work bonuses, overlooking crime, sexual favours, entertainment, employment opportunities etc. Bribery is a regular practice in government offices and there is no wonder how a clerk level government employee in our country is able to live a luxurious life. Long procedures and complicated processes in village and municipality offices are nowadays dealt with lustrous rolls of money.

Bribery in police stations and other regulatories was installed in our country since immemorial times and still prevails with extra strength. The next form of corruption is the most favourite of the indigenous people of this country.

The graft is the practice of daylight looting using the power of political authorisation. The politicians illegally use their political authority for selfish gains even to the extent that it affects the whole economy. This can extend from illegally captivating a private property using political power to secretly lay hands on funds collected from public like relief funds or infrastructure funds.

The use of blackmail to illegally obtain assets, property, money or privilege by an individual or organisation is known as extortion. This coercive method of corruption is ubiquitous in rural areas and is nothing but smuggling itself. The next one is embezzlement, where an individual or a group of individuals elopes with an asset or property that was entrusted to them by another person. It is a clear cut financial fraud accompanied by murder of trust and loss of valuable entities.

Last but not the least, nepotism and favouritism is where a person or an organisation  favours one’s relatives or acquaintances above others. This is where the element of quality is almost neglected and this system has changed many institutions and firms to family businesses. From the judicial apex, the Supreme Court to elementary schools of the country, practice of epotism is rampant all over. The effects of corruption As per the global Corruption Perception Index (CPI) of 2019, India scored 41 out of 100 that make it sit among the most corrupt countries. The illegal and irregular money flow within the country is challenging the people as well as the economy more than ever.

Corruption has turned down the value of quality and standard. The elite government jobs are nowadays obtained using bribery and influence peddling. A study conducted by the Transparency International found that an average of 62% of Indians every year commit bribery to get a job done. As education is becoming expensive and unaffordable, the financial institutions are raising more demands to earn maximum profit gain. Because of this, most of the students are only able to acquire educational loans by paying a bribe.

No wonder why hundreds of restaurants and cafes are functioning even after being reported for hygienic issues. Food and drug inspectors are welcomed merrily with handfuls of money and promises.

HOW TO CONTROL CORRUPTION?

Through strict surveillance under Right to Information Act (RTI), any government actions related to taxation and finance can be disciplined. This will provide transparency between  the people and the government.

The Central Vigilance Commission should advise and guide the government functionaries  more strictly to avoid any fraud. Strict laws to punish the guilty. Special courts can be established to address corruption at different levels. Allow more allowances for more employees to discourage them from illegal practices. Reconsider the old wage pattern.

Corruption is such a thing that cannot be changed by one person. Because it underlies with us, right from the root. But a joint effort should be made to let each of us dream about a world which is ruled by quality and honesty.

The Reality of Corruption in Rural India (Part-2)

1 year, 4 months ago by Fadima

I always believe that corruption is mankind no.1 is enemy. Corruption ruins humanity. But what to do? Not many people have integrity these days. That’s why the world now is full of greedy idiots.