The country in the depths of a recession: Over millions panting over their lost jobs 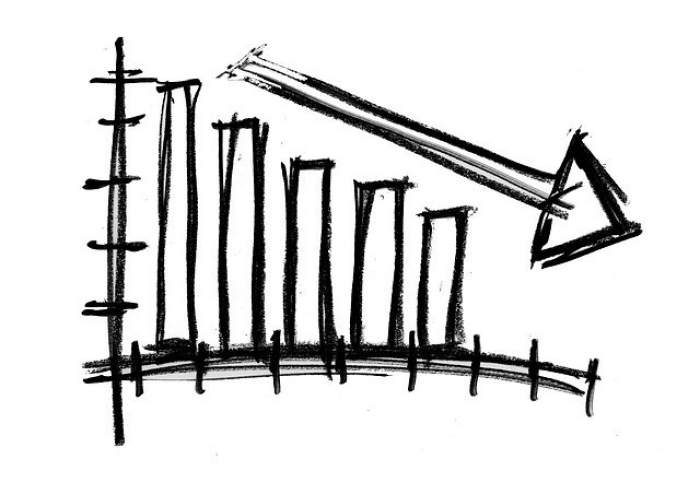 The Corona virus came into the lives of millions of Earthlets out of blue, wrecking our lifestyle, hopes and dreams. We reached at a point where our jobs and the sources of earning are taken away from us. Irrespective of salaried or contractual, the jobs are being taken from the people, leaving the unemployment rate at the lowest after 1970s.

As soon as the lockdown was declared in various parts of the country, the government of India ordered to stop the sales and production of essential goods and services. Thousands of big and small enterprises got affected while some others shut their businesses permanently.

The jobs in all sectors are affected except of those in government. But even in some poor countries, the government jobs are at risk as their revenue is falling at a heavy rate and their treasuries are not equipped to provide the salaries.

According to the CMIE, The Centre for Monitoring Indian economy, 84% of the Indian households are facing income fall. The well known Indian youth, the pillars that are building this country stronger, are amongst the most affected. Approximately 27 million youth, between 20-30 years, lost their jobs.

The unemployment rate fell from 27% to 24% this April which is worse than any other countries. When 10 million Americans lost their jobs this April, India made a record of 120 million which is much more serious than it was during the Great Depression.

The composition of Indian economy itself is the reason behind this huge number. As in the image below, Agriculture comprises 43% of the economy and the other major shares goes to manufacturing, constructing and trade sectors which are mostly private and unaided. 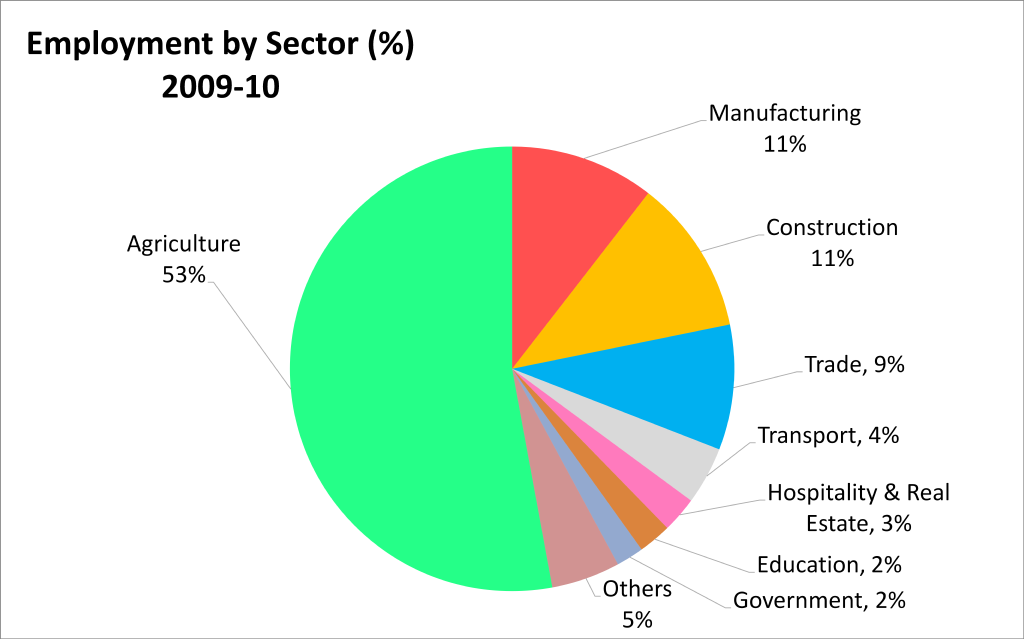 Hence only 2% of jobs in our country are secure, that is the government sector.

Tamil Nadu is the worst hit among the states as their unemployment rate fell like an avalanche. Kerala is at the bottom when it comes to the least labor participation rate.

Punjab, one of the richest states of the country, allegedly reported the loss of 1 million jobs and half a trillion rupees of the state’s revenue. The state is currently planning to rebound with packages to lift up its industrial and manufacturing sectors.

The closing of working sites and starving tummies, let thousands of migrant workers return to their villagers. This became a major backstab to the domestic and industrial labor sector of the host states. This resulted in the rapid falling of labor participation rate.

With the number of precariats in this country growing every day, the families that lost the main income are sinking into more difficult lives with a fogged tomorrow.

The large companies all over the world are in their most difficult time and large numbers of employees are pink slipped. Many of them are sent for indefinite leaves without pay and most of the allowances have been cut down.

Staffs in private schools are the other category that has been left behind without salary. Some schools are paying them back with the fees they are charging for the online classes.

Even the employees who have been contributing in the firms for years are being thrown out due to the crisis. The others are currently working from their homes under the Work from Home option with most of their salaries reduced to more than 30%.

The grocery and food vendors, pharmacists and large scale farmers are some who sailed across the sea.

Some small enterprises are coining with the online platforms to increase its sale. But large numbers of such enterprises are falling into debts and they are not able to pay hundreds of workers under certain contracts.

The small wholesale businesses and retail businesses are now paying huge amounts on products which are in high demand. With many workers returned to their own villages, the owners are being forced to pay increased wages to those left back. Meanwhile the companies dealing with transportation are demanding shocking fares. A carton (of a standard weight) which was charged Rs 25 is now being transported for Rs 300.

One among the most physically, financially and mentally broke are the NRIs. UAE is repatriating 500,000 of Indians who have registered under Vande Barat mission. Many of them lost their jobs in various fields and the remaining who are returning are mainly old age citizens and those pregnant. Again, more than 60% of many of their salaries are being reduced.

The student interns in foreign nations are nervously trembling with their internships being taken away and because of the visa extension problems.

Most of the international companies are dismissing the foreign employees to secure their own natives. Definitely US cutting off 1 million Indian employers is not much surprising!

The GoI released Rs 20lakh crore fund package, in an aim to relieve and boost the MSMEs across the country. But is it really cooling down the economic tensions in the country right now? Or did the government’s celebrated proposal turned impetuous?

Measures taken by various nations around the globe should be considered by the Indian government. US released a $250 billion package to boost their economy by strengthening unemployment insurance and benefits. Currently 3 million people applied for the insurance. Other giant nations yet the most affected, like UK, France and Spain is guaranteeing 80% to 100% of the salaries of their employees.

Denmark government proposed the private companies that the government will fund 75% of the salaries for 3 months if the employers will not lay them off. Absolutely no wonder why Denmark is in the list of best counties to live in.

China is aiding the migrant workers and manufacturers of all ranks with allowances and insurances. Even poor countries like Greece and Serbia are providing allowances for the employees of the affected companies.

The matter of relief is that the tendency of the economy will rebound quickly, once there is stability. The contractual employees, domestic laborers, and the local vendors are more likely to recover faster than the salaried employees. As the people will go berserk, the sales and production are expected to be restored in surprising amounts within few days of opening.

There is even a chance of less effective production if the migrants delay their return to worksites. This decline on industrial and domestic laborers can cause a reduction in production and services.

But the real question is will the employees under different manufacturing units survive until the normalcy is returned? Or are the amendments on labor laws going to shatter the recovery they have been dreaming of? The uncertain futures of the masses should be cleared before the crisis is swept off. Or else what uncertain will be the number of people getting into the streets with a story of their hard work which may turn out to be a kind of Sardar joke.