COVID-19 Aggravating the Largest Humanitarian Crisis of Our Time, the Syrian Refugee Crisis 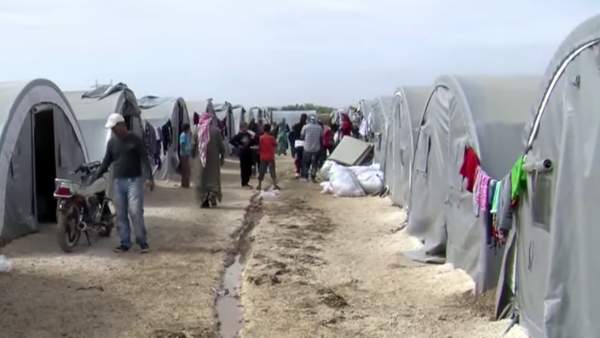 Do you remember the year 2011? It was a year of many significant incidents.

It was the year that Prince William tied the knot with Catherine Middleton, an occasion celebrated by the world. Can you believe that it has been 10 years since they fired actor Charlie Sheen from his popular TV show, Two and a Half Men? It surely broke several hearts around the world, including mine. It was also 10 years ago that One Direction took the world by storm. It surely doesn’t seem like it was that long ago.

As we take a walk down memory lane, we are also reminded of another significant event that occurred roughly 10 years ago. That is the onset of the largest refugee and migrant crisis in the world—the Syrian Refugee crisis.

Peaceful protests that began on March 15th 2011 turned into a bloody armed opposition with the entry of the Free Syrian Army and armed civilians. On that fateful day, little did the people of Syria know that their lives would never return to normal.

How did it become one of the biggest humanitarian crises in the world?

Since its official commencement on March 15th 2011, people in Syria have endured violent conflicts that have destroyed lives, livelihoods, and property and that have torn the nation apart. According to António Guterres, the U.N. High Commissioner for Refugees, the Syrian crisis is the largest refugee and displacement crisis of our time.

And we seem to have consigned these thoughts to oblivion. A conflict that once received widespread media attention now receives little to no coverage at all.

While the international community strives to recover from a deadly virus that threatens economic prosperity, growth and life, efforts to bring peace and stability to Syria so that conditions can be generated for voluntary, sustainable returns have been futile.

Little can we fathom the agony and suffering of the 5.6 million Syrians who have been forced to flee their homes and become refugees in Egypt, Jordan, Lebanon, Iraq and Turkey. Another 6.2 million Syrians remain displaced within their country with no place to call home. And let us not forget that at least half of the victims of displacement are innocent children who have lost their childhood.

In an interview earlier this year, the World Vision International President, Andrew Morley, shared the grim state of children living in Syria. “Children are sleeping in flooded fields with no running water or proper protection from the elements. We’ve provided blankets, heaters, and cash, but people have no money to buy fuel and have told us that they are now burning clothes and trash to keep warm,” he said.

Destroyed healthcare services and hospitals, schools, infrastructure, and water and sewage systems plague the towns. Historical landmarks and once-bustling marketplaces are nothing but ruins. In addition, the war broke the political and commercial ties that linked Syria to its neighbours.

And the COVID-19 pandemic has only exasperated the plight of the civilians.

What is happening in Syria amidst the pandemic?

In the northwest of Syria, a ceasefire facilitated by Turkey and Russia face a desolate fate, with combat and aerial bombings reported since May this year. Home to more than 4 million residents, many of them having settled after multiple displacements, the region is housing a possible catastrophe as reports of the first COVID-19 surfaced on July 10.

Many refugees stay in dilapidated overcrowded camps or sleep in the open. Water is inadequate and environmental and residential infrastructures are being annihilated. At the same time, violence in the country persists with no cease in sight and many families have had to once again evacuate with all they could carry.

In the North-Eastern part of the country, the first occurrences of COVID‐19 were reported in April 2020 and anxiety over unpreparedness remains high. As of August 4th, there are 892 confirmed cases with 46 deaths recorded. However, these official numbers are far from an accurate depiction of reality as the shortage of COVID-19 testing capacity undermines testing accuracy. Moreover, under-stocked health facilities and the lack of sufficient infrastructure continue to be an everyday reality.

In the war-ravaged country, it is especially difficult to take measures to prevent the spread of the deadly virus as many civilians live in overcrowded camps and settlements throughout the country.

Refugees living in neighbouring countries are faced with challenges such as the threat of COVID-19, the lack of job opportunity and the spiralling world economy. Earlier this year, the managing director of the IMF, Kristalina Georgieva, stated the following about the disruption of the pandemic on the the global economy:

“Today we are confronted with a crisis like no other. In fact, we anticipate the worst economic fallout since the Great Depression. Just three months ago, we expected positive per capita income growth in over 160 of our member countries in 2020. Today, that number has been turned on its head: we now project that over 170 countries will experience negative per capita income growth this year. The bleak outlook applies to advanced and developing economies alike. This crisis knows no boundaries.”

While this crisis challenges the economies of the world, it also poses a threat to the very survival of Syrians. Having escaped the adversity of war, they are now caught in the crossfire of the pandemic.

Coping mechanisms during the pandemic

According to studies by the United Nations High Commissioner for Refugees (UNHCR), there are identifiable signs of distress among disadvantaged people who've lost their jobs including coping mechanisms that will help them to make ends meet. The UNHCR has reported that people are choosing to miss meals and spread out their food so that it will last longer. They are also avoiding the consumption of necessary medication in an attempt to cut costs.

According to the UNHCR, even before the onset of the pandemic, the majority of Syrian refugees in the country were living below the poverty line. A new survey in Jordan found that just 35% of refugees claimed that they had a stable job to return to after the relaxation of the restrictions.

While we envision going back to normalcy, and are hopeful about the recommencement of our lives and return of our sanity, these hopes are mere fantasies for those in Syria.

The Syrian Refugee crisis, presently in its 10th year, is the largest displacement and humanitarian crisis of our time. Syria, which has already undergone nearly a decade of conflict and displacement, is now experiencing unimaginable levels of hunger, making millions of civilians vulnerable to the effects COVID-19.

While the world struggles to gain balance and get through this pandemic, the people in Syria struggle to put food on the table and gain access to basic health care.

While we lack sufficient beds to cater to our population, it is important to not forget that in Syria beds are luxuries limited to a few. While the world may have forgotten them and, this is a reminder that we must not.

Below are a few reliable sources that you can donate to, to help ease the suffering of the Syrian Refugees:

“No act of kindness, no matter how small, is ever wasted” - Aesop

The Western Standard: How the Ukrainian Refugee Crisis is differently perceived by the media