Crimes against Asian-Americans: An Important Concern 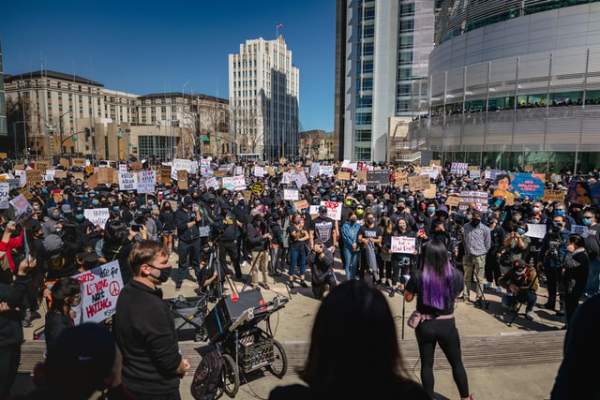 Imagine walking down the street and having to turn back every minute to ensure no one’s following you. At the slightest sound, a cold sweat breaks out and you are paranoid of the next second bringing an uncertain and terrifying future. This is not living and no one should have to live like this and yet people do. The past year, the world has been struggling to cope with the ravages of the pandemic but even during this horrific time, we see heinous crimes meted out to people based on their race.

Asians in America have faced an uprise in crimes against them over the past few months with several incidents of them being killed for no seemingly apparent reason. The pandemic year has seen a surge in the abuse Asians face, abuse that is not only verbal but physical, emotional and life-threatening. Asian-Americans continue to live in this condition of meaningless hate against them. Many have united to protest against these crimes, gathering to have their voices heard. They are not just Asian-Americans but people who are true supporters of humanity. They are voices meant to break free from stereotypes and deafen the silence that these crimes have brought about in their wake.

These crimes make one pause and wonder whether America in all its glory is really the land of dreams that everyone makes it to be. Is being advanced technologically the only prerequisite while emotions are unseeingly discounted? The world is reeling from the increasing incidents of crimes against Asian-Americans that one encounters on an everyday basis in the newspaper.

These crimes are at a cross-section, complicated by the inherent intersectionality in them. Some people are at a greater risk of being under threat by virtue of their gender, class or age in addition to being an Asian-American. Intersectionality makes it harder for the community to handle the issue, making this crime a challenge with immense reach. The crimes have been soaring and the blatant racism has caused the world community to raise its voice against such inhumanity. Asian racism is not a new phenomenon but has the world indeed progressed if Asian racism continues to exist even today? These hate crimes are a portrayal of intolerance that has become rampant in contemporary society.

Asian racism is probably a confluence of several factors that have become more pronounced during the pandemic. Greater poverty, losing employment and financial struggles have pushed people to resort to heinous ways to retrieve what they think is rightfully theirs. There is no denying that the pandemic year has seen an escalated number of hate crimes for which nothing substantial has been done to address the situation. Is talking a complicit way to evade executing the actual responsibility of the nation? The need is to address the root cause of the violence that comes from the understanding of the ‘other’. The feeling that Americans harbor against Asian-Americans or people of other regions, of them being outsiders and taking away their opportunities is outlandish. This instigates them to fight for what they think they deserve without competing on the strength of their potential or moral grounds.

Crimes against Asian-Americans have gone on for years and continue to. The need is to eradicate it completely by formulating inclusive policies that will result in a semblance of equality. Better civil rights should be available to all the citizens for their protection and the justice system needs to be remodeled to create a structure that offers space for redressal and takes harsh measures to actively discourage any such savage incidents from repeating themselves in the future. The future of a country is only bright when all its citizens can live without any fear. Tolerance needs to be accepted unconditionally and should be the very foundation of any society. The only thing one needs to remember is that we are all humans and that is the biggest factor uniting us all, every other consideration falling short of it.

Photo by Jason Leung on Unsplash