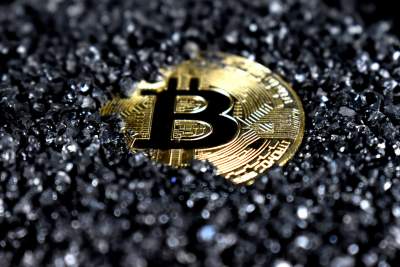 While presenting the Union Budget 2022-23, Finance Minister Nirmala Sitharaman highlighted that all gains from trading in cryptocurrencies and other related assets will be henceforth taxed at a flat 30%. She further provided that 1% tax will be deducted at source (TDS) during such transactions.

Before this, trade in cryptocurrencies like Bitcoin or others was largely unregulated. The finance minister said that these proposals are an initial step, and the “consultation process is on” and a more detailed framework could be developed.

She further specified, “what we announced today is, the Reserve Bank of India (RBI) will come up with the digital currency. That’s one thing. Now outside of which (digital) assets are sold, value is created, nothing stops me from taxing them.”

In the memorandum to the Finance Bill, the government proposed a definition for virtual digital assets as “any information or code or number or token (not being Indian currency or any foreign currency) generated through cryptographic means or otherwise…providing a digital representation of value…” This definition thus includes all cryptocurrencies.

The government is yet to introduce The Cryptocurrency and Regulation of Official Digital Currency Bill. RBI remains apprehensive of cryptocurrencies. Governor Shaktikanta Das, during the monetary policy press conference on 10 February, highlighted cryptocurrencies as having no underlying value, “not even a tulip,” he said.

In the same conference, it was claimed that private cryptocurrencies will undermine RBI’s ability to deal with financial stability issues. T Rabi Shankar, RBI’s Executive Director, underlined and clarified that India’s Central Bank Digital Currency (CBDC), unlike cryptocurrencies, will be carrying the same liability as the central bank. The CBDC will be convertible to paper currency at a ratio of 1:1. The only difference between the two will be that one will be in a digital form and the other in a physical one.

The reaction towards this endeavour has been a mixed one. Nischal Shetty, founder and Chief Executive of crypto exchange WazirX was quoted saying, “India is finally on the path to legitimizing the crypto sector in India.”

Others like Pranay Bhatia, partner and leader for tax and regulatory services at BDO India’s consultancy firm, underlined that tracking such transactions might be challenging in the absence of a central regulator. Ashok Shah, the founder of NA Shah Associates, opined that the “proposed measure is a stiff provision and will adversely impact investment and dealing in digital assets.”

Other reports highlight that cryptocurrency investors believe that such a step provides them with clarification and is the first step in the eventual legitimization of this asset class. This is believed to add to the “mainstreaming excitement” of this emerging class.

This step holds importance as it creates a new source of government revenue. Thus adding to India’s overall economic strength, especially after the COVID 19 shock the country incurred during the first year of the pandemic.

This further holds added importance at a juncture when India is poised to become a USD 10 trillion economy by 2030. However, the detailed framework and guidelines that are still under the “consultation process” hold immense importance.

Why does the current Federal Budget focus on Capex?