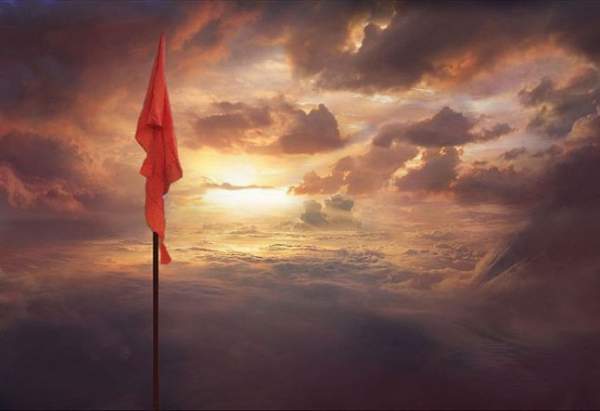 On August 14, 3-day academia between 10-12 September on the topic “Dismantling Global Hindutva” was announced by anonymous organizers, an academic conference which was brought together to analyze and understand Hindu supremacist ideology in India and globally, according to their website. However, their event description and other contents of the conference erupted into a series of protests and social-media backlash, with the right-wing adherents and their supporters terming the event as “Hinduphobic”. Their event description read, “We are invested in examining the beliefs and actions that constitute Hindutva, an ideology that propagates hate, promotes Islamophobia, and seeks to reduce the myriad practices of Hinduism to a singular notion of a Hindu motherland.” While reputed speakers like historian Gyan Prakash, Prof. Christophe Jaffrelot, Meena Kadamsay and Anand Patwardan will be featured in the introduction to Global Hindutva, Pritam Singh, Vamsi Vakulabharanam, Gajendran Ayyathurai, Meena Dhanda and Bhanwar Meghwanshi will be a part of the panels on the political economy of Hindutva and caste on September 10.

Before diving into the nuts and bolts of the viewpoints of the two sides i.e. people who stand by the event and the ones condemning it, it is important to take into account the meaning, differences, and connotations of the words ‘Hindutva’ and ‘Hinduism’. The word Hinduism stands for the religion and cultural traditions derived from the Vedic tradition of a large community in South Asia, primarily focused on India. Their followers are known as “Hindus”. On the other hand, “Hindutva” as a term has a fairly recent origination. Although it was in use right from the 1890s, the term earned an institutional connotation after Vinayak Damodar Savarkar adopted the term to reflect on Hindutva as a political ideology in his publication in 1923. It encompasses "the idea of a universal and essential Hindu identity", where the contemporary understanding of the term is derived from. It is a form of cultural nationalism which aims to develop the concept of a nation around the “Hindu Identity”, instead of caste or regional identities.

In his book, “Essentials of Hindutva”, Savarkar distinguished Hindutva from Hinduism. Hindutva is not concerned with the religious practices and traditions of the age-old religion of Hinduism. It is concerned with uniting the Hindu Society and arming them with nationalism as a political entity i.e. a nation. According to the political ideology of Hindu nationalism or Hindutva, the Indian state is a nation that is formed as a political union for the Hindus, it is home to the great Hindu civilization consisting of Hindu inhabitants who are the true sons of the nations. India was corroded by outsiders such as Christians and Mughals as the Hindu society was not united on a political front. Hindutva supporters consider Hindu synonymous with nationalism.

The organizers of the conference have made their intentions clear when they say that their focus is on Hindutva and not Hinduism. Despite that, several people who have been speaking against the conference have collated the two terms. Sunil Ghanwat, a spokesperson of Hindu Janjagruti Samiti tweeted referring to the conference, “This is a global conspiracy by secularists n communists to discredit Hinduism & Hindus!”

The upcoming conference is being organized by a bunch of academics who do not wish to reveal their identities for reasons ascribed to their safety. The conference is set to host several scholars, academics, activists, and journalists who will deliberate on the various components of the Hindutva supremacist ideology. According to their website, the event is being co-sponsored by 65+ centers or departments at 50+ universities including some very reputed universities like Yale, Stanford, Harvard, Cornell, etc

The event will feature 11 speakers who will hold panel discussions on caste, gender and sexuality, political economy, science, propaganda, and so on. However, while some sympathize with the cause including the South Asia Scholar Activist Collective(SASAC) who condemned the event’s naysayers’ attempts of “blatant, organized harassment, and a despicable assault on academic freedom”. News portals like Scroll also extended their support to the conference and putting out articles explaining how the event is not Hinduphobic. Other media organizations like News18 and OpIndia condemned the event, supporting the crowd, claiming the event to be Hinduphobic. In fact, Firstpost started a series of reports and columns to “expose why such programs are misleading, agenda-driven, and nothing but thinly-veiled Hinduphobia.” according to their articles on the aforementioned topic.

The scroll has condemned the critics of the events such as the Hindu American Foundation who have been protesting against the organization of the event and even written to supporting universities to withdraw their support to the cause. Scroll remarks that such a stance not only comes from a lack of understanding for the functioning of academia, but also due to ignorance of the principles of freedom of speech and inquiry. It also stated how people are mixing up the meaning of Hindutva and Hinduism. The other staunch supporter of the event is an advocacy group called “Humans for Hindu Rights.” In a public letter that has been posted on the conference’s website, they stated, “We also staunchly oppose the misappropriation of our Hindu faith by the ideology of Hindutva (also frequently referred to as Hindu supremacy, Hindu nationalism, etc.), whose foundational principle is to redefine over 200 million Muslim and Christian citizens of India as the ‘other,’ who do not legitimately belong and must therefore either accept second class citizenship or be displaced from their homeland.”

In an article published by Firstpost, the Hindu-American Foundation claimed that the conference, even though not centered around Hinduism, would lead to the misrepresentation and maligning of the religion owing to the list of speakers that the conference features. They mentioned the background of the speakers, who have misrepresented Hinduism in the past. They argued that the stance of those criticizing the conference is as valid as those who are set to speak due to the principle of “free speech”. Likewise, they also pointed out SASAC’s non acknowledgement of “Hinduphobia” as a reality. The criticism grew so bad that an online petition was raised on change.org, inculpating the conference of promoting genocide against Hindus.

Similarly, News 18 explored in detail how the conference is dehumanizing for the Hindu community in its entire essence. They raised questions to the claims that politicizing Hinduism is wrong, citing examples from various religiously led political organizations around world democracies. They also explored how the agenda made by the supporters of the event is derived from an elitist point of view. The organizers of the event have made several statements claiming that they have received death and rape threats.

According to the latest reports, U.S. Ohio State Senator Niraj Antani described the conference as ‘Anti-Hindu’, while some universities asked the organizers to remove their logos from their website due to the negative buzz surrounding the event. Several universities such as Rutgers University claimed that they were unaware of the association of their logo to the conference. Astonishingly, the Coalition of Hindus of North America(CoHNA) has written more than 350,000 emails against the conference to the various stakeholders of the event, according to reports by the Indian Express.

A comprehensive schedule with names of the speakers has been released according to the latest updates. It includes filmmaker Leena Manimekalai, Dr. Akanksha Mehta, writer P. Sivakami for the panel on 'Gender and Sexual politics of Hindutva'. Some other names for the Day 2 panels are Dr. Mohamad Junaid, Arkotong Longkumer, Yasmin Saikia, Prof. Nandini Sundar, Hindutva critique Meera Nanda, Kavita Sivaramakrishnan and Banu Subramaniam. The panel on 'Hinduism and Hindutva' on September 12 will feature T.M. Krishna, Raja Bhattar and some members from the Feminist Critical Hindu Studies Collective(FCHS), Brij Maharaj and Sunita Vishwanath. Other panels on the same day have a list of names with FCHS members, Salil Tripathi, Anjali Arondekar and Deepa Kumar in the highlights.