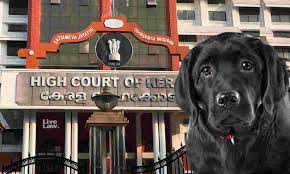 A dog named Bruno faced the worst side of humans in Kerala’s Thiruvananthapuram. The dog was mercilessly killed by three youngsters out of which two were minors. This ruthless incident took place at Adimalathura beach in Kerala. Monday was the day when this horrific took place. It is said that the reason for this animal cruelty case is because Bruno was just resting under a boat after his playtime.

Bruno was of Labrador breed and was of 9 years. Bruno was playing on the beach, and then he rested under the boat where these inhuman creatures came and beat him to death. These three youth thrashed Bruno, beat him to death, and then threw him in the water. The spine-chilling incident was a source of fun for them, and one of them was recording this whole incident.

After this #justiceforbruno was trending on Twitter on Thursday. Many people raise their concern about how this heinous activity is murder. Sony P filed the complaint in the police station, Soni is the sister of Christuraj. She said that Bruno Started going to the beach a few days back and used to return by noon. But, Monday was a dreadful day when Bruno didn’t return.

Andrew, who was the brother-in-law of Soni, went out to search for Bruno. When he reached there, he found that these trios were thrashing Bruno. He couldn’t save Bruno as he was alone against all three. After this, Soni went to complain. After the complaint, as stated by Soni, these youngsters started giving the siblings death threats.

After filing a complaint on Tuesday, the Police didn’t take any action, as said by Soni. So forcibly, Christuraj had to post the video of the crime.

After this incident, celebrities came forward for Bruno’s Justice too. Bollywood celebrities who advocate animal rights shared that they want the culprits to get the punishment they deserve. Alia Bhatt posted the photo that was being shared on social media and described the crime as disgusting. She further wrote, “They cannot get away with this!!! Until they are punished, people with this twisted mindset are not going to change!!!!”

Malaika Arora said that “ This is a crime and should be punishable by law.” Anushka Sharma termed the culprits as the monster. Disha Patani and Jacqueline raised their voices in support too. Netizens were furious too, and they all demand that the culprits be punished.

To pay homage to Bruno, the Kerala High Court renamed the Suo Moto case to deal with animal cruelty as “In Re: Bruno”. The court said that “We feel that this would be a fitting tribute to the hapless dog that succumbed to acts of human cruelty and disturbed by which we had initiated these proceedings.”

This heartwarming gesture of directing the registry to rename the writ was done by a division bench of Justices Jayasankaran Nambiar and P Gopinath. Apart from renaming the writ, they also suggested that animal welfare needs to be considered seriously.

The court has asked the Animal Welfare Board of India(AWBI) to draw up a feasible plan towards setting an awareness program to sensitize humans for animals.

The court said, “We believe that immediate steps in this regard are required to initiate a change. With regards to the attitude of our citizenry, to the welfare of animals, so that gruesome incidents such as those reported in the media recently, do not reoccur in future.”

There have been plenty of cases reported for animal cruelty. The reason behind this is that we don’t have strong laws to protect our animals. Humans are just losing their humanity and proving that how insensitive they have become.

Two days back, there was one incident reported in which two women dragged a dog behind their two-wheelers. This act happened in Punjab’s Patiala. This incident took place on 20th June, and the gruesome video was recorded on a CCTV camera. The case was registered on two under the Prevention of Cruelty to Animal Act, these two were later released on bail.

Now it’s high time we need to see ourselves as humans as we are turning to devils. The primary nature of humans is empathy and sympathy, humans care for others. But, now, these incidents are proof of how we humans are losing our humanity.