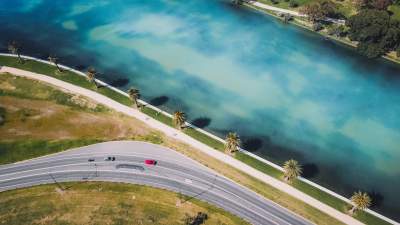 The coastal highway in Mumbai is 12,700 cr. The project was tendered in September 2018 and the work started a month later. The project is a highway that covers about 16 km, 26 km including the interconnecting roads from Marine Drive to Worli. The project is intended to shorten the traffic in West Mumbai. The project that looks beautifully planned is disastrous for Mumbai, here is why:-

Will we lose the link with the sea?

The Coastal Road now threatens to take away even this last surviving connection to the sea, and with it, every Mumbaikar's identity. The Coastal Road infrastructure will be a massive physical barrier that would cut Mumbai's citizens off from the city's coastline and water's edge, denying most people access to the coast. Mumbai's centuries-old sea connection will be lost for good.

The immensely expensive Coastal Road will devastate the ecosystem, benefit a wealthy minority, and sever Mumbai's centuries-old maritime connection. In India, the future Detroit will be built in Chennai, Cincinnati will be built in Jamshedpur, and Las Vegas will be built in Goa. All of these will be linked by some of the world's most dangerous highways.

Erasing traffic is a myth-

In the 1990s, Mumbai proposed the construction of 55 new flyovers, claiming that they would solve all of the city's traffic issues. The Coastal Road will only exacerbate traffic congestion by transporting people from one end of the city to the other and emptying cars into densely populated southern Mumbai districts with limited infrastructure. The new Coastal Road would result in an unprecedented number of deaths on Mumbai's roadways, as speeds of 90 kilometers per hour combined with Indian driving habits will be disastrous for the majority of people.

The projected Coastal Road will influence Mumbai's western coastline's fragile environment, particularly its beaches and mangroves. It will necessitate the reclamation of 168 hectares of land, as well as the excavation of beaches, the destruction of existing mangroves, the construction of roads within creeks, and the drilling of the seabed to construct underwater tunnels, all of which will hurt the city's marine ecology. Similarly, the Coastal Road will result in increased floods due to the loss of natural barriers and ecology.

The Coastal Road project is more expensive than building an Elevated Metro Corridor for the same length, costing Rs 12,000 crores. It is a great injustice and a waste of public funds to build a Coastal Road for such a small fraction of private automobiles. Buses or Metro along the Coastal Road will be impossible to utilize because the majority of people will be unable to access the bus stations because they are so far away. Also, any public transit option's catchment area is better serviced if the route travels through existing city areas on both sides rather than just one, as the Coastal Road will.

There are various fishing settlements along the western coastline that rely on the diverse ecosystem along the coast for their livelihood. The Koli Samaj's livelihood and settlements would be impacted by the Coastal Road. Heavy development and excavation will have a severe influence on fishing and render it obsolete. The vulnerable coastal ecosystem and, as a result, any booming fishing activity will be negatively impacted by the interchanges in Khar Danda, Juhu Moragaon, Malad, and Kandivali.

Why is it unsuitable for Mumbai?

Mumbai is a metropolis dominated by public transportation, with public transportation accounting for about 85% of daily journeys. The city's ingrained culture is something that city planners and the government should value and enhance. All transportation and city-level planning should prioritize improving public transportation and accessibility to it while avoiding projects like the Coastal Road. Furthermore, the city's physical location lends itself well to the development of public open spaces along its eastern and western beaches, which would go a long way toward transforming this huge metropolis into a people-friendly, world-class waterfront city.

Alternative for the project-

In an attempt to make the project more appealing, the revised plan proposes two options: either build the coastal road or do nothing. But this is likewise faulty logic, a false dichotomy, akin to giving the sick the option of being killed or being let to die. The proponents overlook the possibility of a third option, or a variety of other options, such as not building it and instead implementing a series of less expensive but more successful interventions.