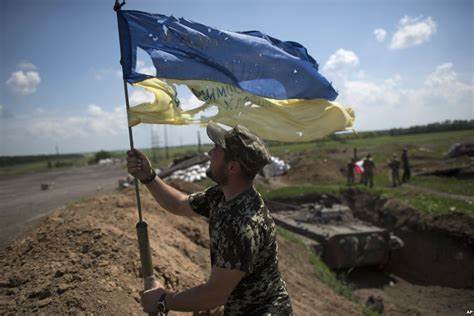 The war in Ukraine does not seem to end anytime soon. Some are debating whether Ukraine should surrender or continue to fight.

In the year 1994 5th December, Ukraine surrendered all its nuclear weapons under the terms of the Budapest Memorandum on security assurances; the surrender of these Doomsday arsenals 1,800 of them would therefore lead to the non-interference with matters dealing with Ukraine’s sovereignty. The Soviet Union, Belarus, and Kazakhstan signed similar memoranda on the same day.

This memorandum was signed by the Heads of states of the United States of America, United Kingdom and Russia; the Presidents were Bill Clinton from the U.S.A, John Major, British Prime Minister, and Russian President, then Boris Yeltsin. This memorandum was aimed at the sovereignty and Independence of the existing borders of Ukraine. This gives an obligation to the signatories of the memorandum to support Ukraine and push back Russia, both the U.S.A and the U.K have contributed billions worth of aid in their support against Russian aggression with the U.S.A leading with over 13.6 billion dollars that has already been approved by congress.

The independence of Ukraine meant that they could have an opportunity to practice their self-rule on terms that they feel are of interest to the people of Ukraine. The fight that Russia has put forth is not supported because they are intervening on foreign land where they do not have any jurisdiction to operate. The support that they are receiving from various countries gives Ukraine their worthiness and liberty to fight for their future. The issue now is whether Ukraine will survive to the end or will be transformed into a battleground.

The formation of the North Atlantic Treaty Organization in 1949 was to counter Russian aggression during the cold war. Now that Russia's aggression against Ukraine has grown, several NATO member nations have vowed to assist Ukraine in several ways. Nevertheless, despite welcoming migrants, the number of refugees threatens to cause a European refugee catastrophe, according to the United Nations agency in charge, the United Nations High Commissioner for Refugees.

In the past, N.A.T.O has expanded to include three former soviet states. The world is trying to maintain balance in power in Europe by helping Ukraine. Every country supporting Ukraine aims to stand against Russian aggression. The war is not yet over, and Russia does not seem to back down in its so-called Military Operations in Ukraine. Whoever attempts to stop them will face retaliation.

In a television broadcast, President Putin announced that there will be retaliation for those who interfere with the Russian operations in Ukraine. “Anyone who considers interfering from the outside, if he does so, he will face consequences greater than any he has ever faced in history,” the Russian President said.