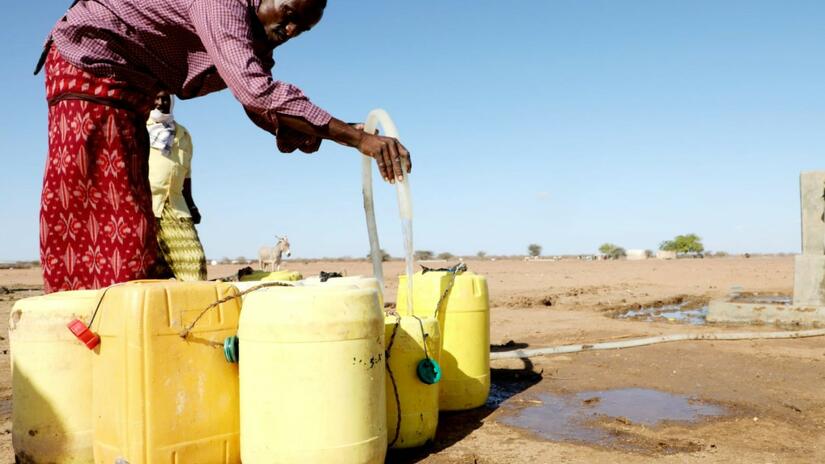 At least 18 million people situated in the Horn of Africa, namely Somalia, Kenya and Ethiopia are facing extreme hunger, according to the UN. That is double the population of London, yet no one is talking about the drought. Our silence and refusal to bring this issue to the global forefront, not as a pity party for the ‘global south’ but from various nations to one in need, is risking lives. This article will shed light on the drought in Kenya, discuss why it has been seldom talked about and provide drought relief links and resources.

A 2011 report by the Institute of Security Studies (ISS) had a chilling title “The Cycle of Drought in Kenya; a Looming Humanitarian Crisis”. 11 years later, the article is almost prophetic as Kenya suffers its worst drought in decades, following four consecutive failed rainy seasons across the Horn of Africa.

The cycle of drought in Kenya is almost three decades old, punctuated by increasing numbers of people affected, from 16,000 in 1975, and 20,000 in 1977, to 1.5 million people in 1991/92 and now roughly 3.5 million Kenyans affected in 2021/22. The drought cycle not only grows in the number of affected but in frequency, reducing, as reported by the ISS, from every ten years, to yearly dry spells. Kenyans have had less and less time to plan and prepare for the onslaught of extreme weather conditions.

Another factor that drastically reduced the country’s ability to respond adequately to the drought is the coronavirus pandemic and the war in Ukraine, according to a World Bank warning sounded in June.

Although the death tolls are less than expected for people, whose struggles vary from acute to severe food insecurity and poisoning, the same can not be said about livestock, which is the second currency in the Horn of Africa. A staggering 7 million livestock have died across the Horn of Africa, robbing the families of livelihoods and sustenance.

Iripiyo Apothya, a 73-year-old woman from Loka’s hamlet Parupaul shares the same fate. She too eats the berries, which she stated were food ‘for the monkeys’. Iriyipo’s livelihood scarce remains after she watched her goats die from starvation. Now she fears that will also happen to her since the berries are running out.

Those in towns and cities, despite having access to food, have decreased purchasing power. Food prices have spiked in drought-affected areas, the reason spread between macro-economic challenges, poor harvests and rising prices of goods overseas, which the war in Ukraine has affected. The issue is widespread across the Horn of Africa, with food baskets rising by 66% in Ethiopia and 36% in Somalia.

It therefore, goes without saying that there are widespread water shortages across the horn of Africa. Water points have dried up or diminished in quality and people’s thirst drives them to unsanitary sources which carry water-borne diseases. In Ethiopia and Kenya, there are reported increases in pregnant women dying due to deliveries with such water. Women and girls are having to walk longer to access water, increasing their risk of gender-based violence. Overall, this water crisis is affecting families, and to an extent, communities whose resources have been strained to provide for migrating families who want to improve their proximity to these basic amenities. Families have chosen water over school for schoolchildren, who end up searching for water and food with their parents.

This article must cover all the developments of the drought in the Horn with at least as sugarcoating as possible so that people can be aware of what is going on. In an attempt to subvert the poor coverage, this article hopes to provide an inclusive series of events before discussing the poor coverage and the reasons for it, which will be discussed below.

This article began by stating that 18 million people, twice the population of London, are facing hunger. Now, a critical question must be asked, if the entire population of London were facing food-related shortages, how would the world react to this news? It does not require much thought to come to the answer, media outlets would be flooded with 24/7 coverage of the travesty. Relief appeals would be swiftly sent out internationally as nations come together to end the horror. This theory is not far-fetched as there are instances that have shown that media outlets are more eager to push news of the Global North to the forefront, take the Heat Strokes in England alongside the cost of living crises, and consider the war in Ukraine.

The war in Ukraine was pivotal to the Global North realising their racial and more importantly (but less discussed) economic bias in Media coverage. The network of Arab and Middle Eastern Journalists was one of the first to speak out against the ‘racist news coverage that ascribes more importance to some victims of war over others’ then it was war, and now it’s food shortages and famine. The Appeal for Ukraine has raised 1.92 billion USD, meanwhile, the drought appeal, smaller than the goal for Ukraine has reached only 17% of its target, How long will the Global South and countries deemed ‘uncivilised’, with citizens not fitting into the ‘European’ and ‘Western’ picture continue to be subverted?

It is almost worst that when these issues are brought to the forefront of discussions going on within these western circles, they are being used as an ‘accessory’ to alleviate the humanitarian, altruistic and philanthropic standards of people who, upon closer investigation, couldn’t care less. UN officials who travelled to see the damage widespread spoke little of what could be done and ways to help people in difficult situations. The expenses of such travels could have provided water and food for the people affected.

However, the global north is not entirely to blame. The fact that Kenya’s government not only continued with elections but continued to spend on election campaigns and its coverage, was not only a testament to the resilient nature of the people who are being affected by unfortunate circumstances beyond their control, going on about their lives despite what happens, it also reflects the governments little care for the people.

A youth representative of Wayuboro Village, Jared Twalib solemnly speaks on the lack of aid in the face of the drought  “We had this government program called Offtake…That too has vanished. People are not getting help.” Offtake was a government program that promised to buy livestock from villagers to provide relief meats for others. So far the government and the Kenya Red cross plan on spending 24 million shillings to buy livestock for slaughter in Sambura for the program, however, this will not be enough.

The elections for government and parliament happened on the 9th of August, the voter turnout was 56%, which was non inclusive of manual registers and others, however the figure was no doubt dented due to the circumstances. William Ruto was declared the winner of the presidential election. Ruto has his work cut out as he needs to not only tackle the drought, but try and boost the economy to its former glory.

GlobalGiving has an inclusive and encompassing list of organisations whose patronage can help alleviate the current situations it can be found here; https://www.globalgiving.org/east-africa-drought-and-famine-relief/