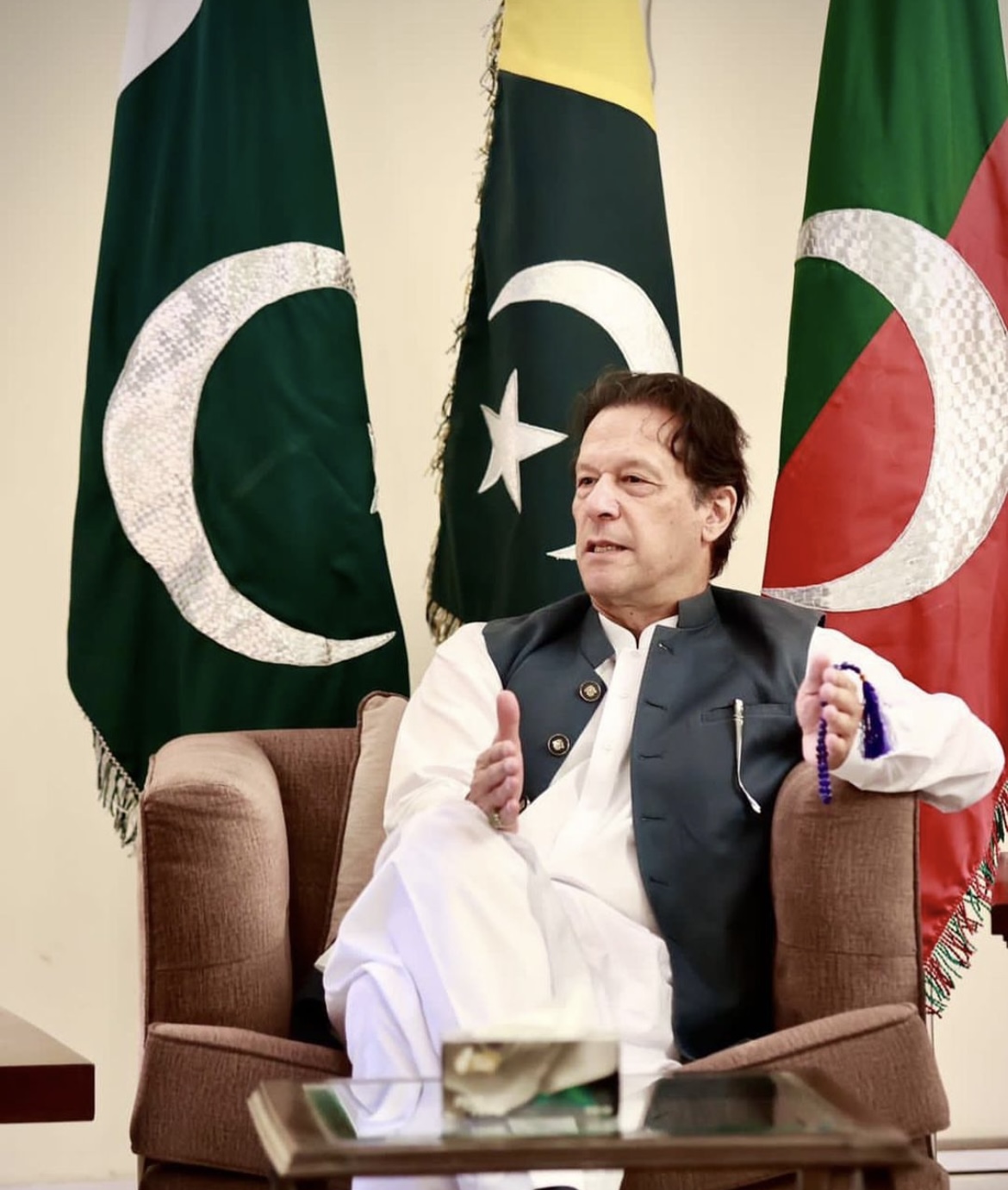 On Friday, the Election Commission of Pakistan disqualified former Prime Minister and current PTI Chief Imran Khan from holding public office in a corruption case. He has been barred from holding public office under Toshakhana (treasure house) reference Article 63(1)(p) for giving “false statements and incorrect declaration” and provoking protests in many cities of Pakistan.

Last year, the Election Commission of Pakistan directed the Cabinet Division  to “provide the requested information about the gifts received by Prime Minister (then) Imran from a foreign head of states, head of governments, and other foreign dignitaries..description/specification of each gift, information about the gifts retained by the PM and Rules under which gifts thus received are retained by him.”

The then-government, led by Imran Khan, had objected to the order of the Election Commission and challenged it in the Islamabad High Court. The stand of the Imran Khan regime was that disclosure of information regarding Toshakhana would jeopardize the relationship with other countries.

After the regime change in Pakistan, in April, the Islamabad High Court ordered Deputy Attorney to follow the order of the Election Commission to publicize the information related to gifts received by former PM Imran Khan from a foreign head of state, governments, and dignitaries since the assumption of his office.

In August, the new government filed a reference against Imran Khan for not sharing the details of Toshakhana gifts. The referral was forwarded to the Chief Election Commissioner. On September 8, in response to the Election Commission, Imran Khan disclosed that he had sold at least four gifts received while in the office. The gifts he had procured from Toshakhana, after paying Rs21.56 million, were sold by him for Rs58 million. The presents included Rolex watches, expensive cuff links, and a ring.

Toshakhana (treasure house) is a Cabinet Division-controlled department. It was established in 1974 to store expensive gifts to the Ministers, MPs, bureaucrats, and officials by foreign heads of state and foreign dignitaries. It is mandatory for the Ministers, MPs, bureaucrats, and officials to report to the Cabinet Division if they receive gifts. But Imran Khan did not share such information when he was in office.

The Election Commission of Pakistan ruling, which was released on Friday, states that Imran Khan had deliberately and intentionally violated sections 137, 167, and 173 of the Elections Act 2017 since he gave a false statement and incorrect declaration in the assertion of assets filed by him in 2020-21. Further, the ruling added that he had been disqualified under Article 63(1)(p). The Election commission ruling also stated that Imran Khan had committed the offence of corrupt practices.

The Election Commission ruling adds that he “ceases to be a member of the National Assembly of Pakistan, and his seat becomes vacant accordingly.” As per the 2018 judgement by the Supreme Court, which ruled that a person disqualified under Articles 62 and 63 could not hold the position of the head of the political party, Imran Khan might also cease to be the Chairman of PTI.

As per the legal experts cited by Pakistan’s leading newspaper Dawn, Imran Khan has been disqualified till the tenure of the current National Assembly ends. The Current National assembly’s term started in 2018.

Imran Khan’s party PTI has reacted strongly over the ruling of the Election Commission. Fawad Chaudhry, who was Federal Minister for Information and Broadcasting during Imran Khan’s government, said, “The Election Commission’s attitude had been the worst. We never pinned any hopes on it. This is a shameful decision. They have disgraced the 220-million-strong-nation.”

A video of Imran Khan circulated on social media in which he asked his supporters to come out on the streets to fight for their rights. In the video, he said that democracy and fundamental rights had been buried in Pakistan. “By the time my message reaches you, I might have been put in jail in an unfair case,” he said.

He added, “It is possible that I might not be able to address you again. I have been in the public for 50 years; I have neither flouted the law of Pakistan nor have I violated the Constitution.” Former PM Imran Khan urged his supporters to come out in support of “true freedom.”

“No nation gets served independence on the plate. Freedom always demands struggle. This is the time that all of you must come out for real independence,” Former PM Imran Khan said in a pre-recorded video.

Faisal Chaudhry, the lawyer of Imran Khan’s team, told Reuters that they would challenge the Elections Commission’s ruling in the High Court. He said, “It is an illegal and unconstitutional order.” Another lawyer of Imran Khan’s legal team Barrister, Ali Zafar, told the Press that the recent observation by Pakistan’s apex court stated that a lawmaker could only be disqualified under Article 62(1)(f) of the Constitution through a declaration by the court of the law. “Since Election Commission is not the court, it can’t issue the declaration.”

Following the appeals by Imran Khan and Fawad Chaudhry, the supporters of Imran Khan came out on the roads to protest against the government. Roads were blocked, and tyres were set on fire in many cities of Pakistan while police tried to stop the protestors. In some places, police also had to use tear gas.

Pakistan’s PM Shehbaz Sharif has welcomed the Election Commission’s ruling by saying that justice has been delivered. He wrote on Twitter, “The Election Commission did justice in the Toshakhana reference. The nation has seen that the post of Prime Minister was made a source of personal income through corrupt practices. The idol of honesty and trust was shattered.”

Furthermore, PM Shehbaz Sharif asked Imran Khan to face the law instead of fighting it. He wrote, “Instead of contesting the law, wielding sticks, firing shots, and bringing mobs, bow your head before the law. No one is above the law.”

Reacting to Election Commission’s ruling, PML-N Vice President Maryam Nawaz said, “Pakistan’s certified liar and thief disqualified with irrefutable evidence of theft. The husband and wife together looted the national treasury. As big as the theft is, the punishment should not end only with disqualification. He should be arrested and brought before the law, and the looted money should be recovered.”

In a tweet, PPP Chairman Bilawal Bhutto Zardari wrote that Imran Khan has been found guilty of corrupt practices by the Election Commission. He added, “He who would spread lies about the alleged corruption of his political opponents has been caught red-handed.”

Imran Khan’s popularity in Pakistan has been on the rise even after the end of his tenure. A few days back, his party performed outstandingly in the bye-polls, which were conducted throughout the country. His party also performed well in the Punjab bye-elections, which took place in July. Only time will tell if the recent ruling by the Election Commission can make him unpopular.