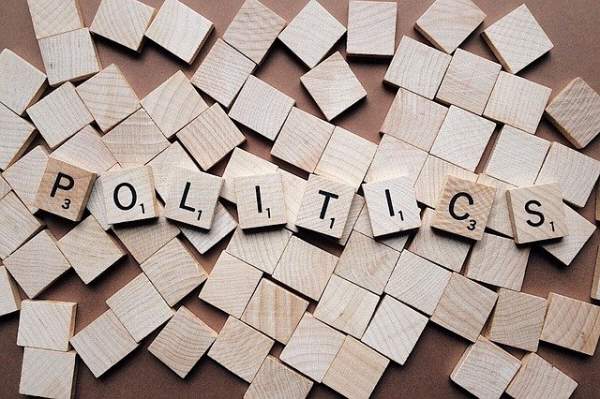 One sweeping analysis of a democratic nation is sufficient to conclude that elections comprise of its core spirit. From a financial lens elections are expensive and the immense expenditure is totally justified keeping in mind the importance of this event in a free spirited democracy. Yet, the fact that the citizens bear the maximum brunt of this expenditure is not justified.

Trapped amidst a swirl storm of responsibility, duty and obligation towards the country, the taxpayers part away with their hard earned money with little or no protest, after all protesting against the government doesn’t help much nowadays. But recently the line up till which tax could be justified as a citizen’s obligation towards the state and post which it becomes a mean of exploiting taxpayer has blurred. The concept of Electoral bonds which the Bhartiya Janta Party introduced with the Finance Bill (2017) is playing an instrumental role in this.

An electoral bond is similar to a promissory note. It can be sought through select branches of State Bank of India by any Indian citizen or company incorporated in India. There is a 10 day window for purchasing these bonds. The citizen or corporate can then donate the same to any eligible political party of his/her choice. The bonds are similar to bank notes that are payable to the bearer on demand and are free of interest. An individual or party is allowed to purchase these bonds digitally or through checks.

Donations to political parties have always been under scrutiny and correctly too, owing to the large scale of black money which changes hands. But the only reprieve till now had been was that the name and details of the donations had to be made public. Interestingly, the electoral bonds introduced in the Finance Act of 2017 are exempt from disclosure hence legalizing anonymous donations, a step government deems necessary to protect political donors from “political victimization”. The government’s defense is that this system of payment through checks or digitally would not allow black money to flow in the system which is a sumptuous assumption. RTI reports have shown that electoral bonds have become a means of illegal and illicit funding through shell companies. Aside from this obvious consequence, there are other indiscernible outcomes of this scheme.

Contributions received by a political party in the form of electoral bonds will be exempt from income tax. A donor would get tax deduction and the receiver the political parties in this case would get tax exemption. The entire expenditure of this scheme which includes expenditure for printing “electoral bonds”, bank fees, commissions, transaction cost and for maintaining and upholding infrastructure and technological aspects would be financed through the Consolidated Fund of India, which itself receives funds through direct and indirect taxes which is  the hard earned money of taxpayers or ordinary citizens who somehow are  the only ones who are unable to evade the prejudiced system of taxing unlike political parties and their anonymous donors.

Thus while the tax payers are robbed of their earnings by levying a plethora of taxes unto them, the primary beneficiary of this electoral bond system, the political parties contribute nothing to the electoral machinery. The anonymous donators would have liked nothing better. The working and machinery of the electoral system is agitating yet fascinating at the same time.

While this façade of electoral bond is new but the practice of looting the tax payer’s money by political parties especially those which form the ruling government to earn vote bank or finance their election campaign is old.

The BJP in its poll manifesto during the Bihar Assembly elections 2020 had promised free Covid-19 vaccines. While the act of politicizing a basic need during a pandemic is an immoral act in itself but another haranguing aspect is the fact that the funding of free vaccines would not have been done by the private funds of the political parties but obviously by the government or rather taxpayers. Thus, the taxpayers who would be quite evidently paying for themselves are made to believe that it is an act of generosity of a political party they have elected.

BJP isn’t the only political party which exploits taxpayers. It is has become quite normal for a political party to trickle out money from the taxpayer’s pocket. BSP chief Mayawati, while holding the post of the Chief Minister of Uttar Pradesh between 2007 and 2012 had spent over Rs. 2400 crore to build multiple Dalit memorials, including statues of BSP founder Kanshi Ram and BSP’s election symbol ‘elephant’. In Lucknow, at least 64 elephant statues flank the Ambedkar Park next to the Gomti river. In Noida, the National Dalit Memorial on the banks of the Yamuna house 24.The significance of the elephant for the BSP can be seen in the context of the party’s formation — the influence of Ambedkar and his adoption of Buddhism. Although according to a court judgment Mayawati has to pay the money back to the state exchequer and thus the taxpayers money which had been used will be returned back yet the ease with which the taxpayer’s money was freely used by a political party for its personal interest and promotion is deeply troubling.

The Aam Aadmi Party has often been accused of distributing ‘freebies’. It had proposed to make bus and metro rides free for women, apart from slashing power and water bills for all Delhiites ahead of the Delhi Assembly elections which were to be held one year after the announcement. This move was not only criticized for undermining the capacity of women to pay for themselves but also for its lack of introspection with regard to financial details. Such an unfeasible move was estimated to lead to huge revenue losses to the DRMC. The DMRC would ultimately look to the state government for help in such a case and that would have meant the government incurring the losses which would further lead to the taxpayers paying up the final consequence.

Another widespread practice is the use of public money for financing advertisements worth crores for publicity during electoral campaigns in news papers and hoardings; on radio and television and through other mass media.

It is painful to see how politicians have shrewdly manipulated the entire electoral system to their advantage. The system is filled with practices which churn out money from the taxpayers for election campaign. Amidst this the electoral bond scheme was not only other scheme for maneuvering money into different political camps but it was also detrimental to the democratic nature of our nation. It allows the main players in a game to sit idle while the audience not only pays for the tickets but is also compelled to play the game for themselves. There is a dire need to question the legitimacy of the wide spectrum of practices which have evolved in the current electoral system and to reform it such that the taxpayer’s money is left untouched for its intended use and not for financing electoral campaigns.

Image by Wokandapix from Pixabay