Encroachment in Assam: Then and Now 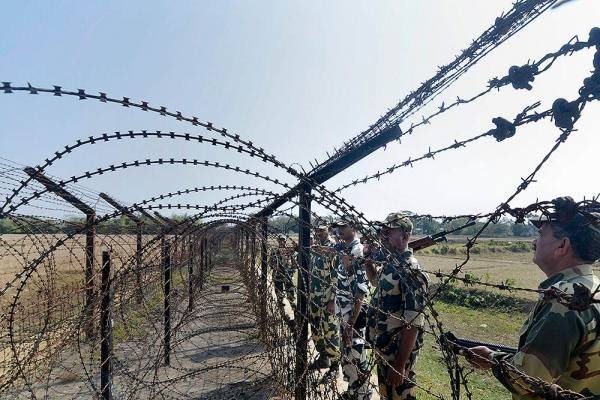 Encroachment is an issue, which is in discussion every next day in India and especially in Assam. In Assam, agitation against encroachers dates back to the Assam Movement of 1979-1985. The All Assam Students Union led this movement. This movement cost the lives of around 860 people. Ever since Assam has always been hoping of being a state free of infiltration. The government of India signed the Assam Accord in 1985. Because of this accord, India built a bordering fence along the Assam-Bangladesh border. The encroachers in question are illegal Bangladeshis entering Assam.

The Parliament passed the Illegal Migrants Act, 1983 to identify illegal migrants in Assam. The Supreme Court of India announced it unconstitutional in 2005. The government of India constructed the National Register of Citizens for Assam in 1951. The NRC for Assam didn’t see any updates until 2013. In 2013, the Supreme Court started redirecting the process. The authority published the final updated NRC for Assam on 31 August 2019. The NRC left 1.9 million people out of the population of 33 million. The results were surprising, as many legal Indians didn’t find a place in the NRC while many illegal settlers did. Identifying illegal immigrants has always been a confusing task. Bengali Muslims have been confused to be illegal Bangladeshis from time to time. Reports also mentioned that immigrants had easy access to Indian identification documents with the help of miscreants.

Reports mentioned that 20 per cent of Assam’s land has been encroached on by illegal immigrants. As such Assam Government started large-scale eviction drives in different regions throughout the state this year. In June 2021, eviction drives evicted around 70 families from Hojai’s Lanka. 25 families were also evicted in Sonitpur’s Jamugurihat. Around 200 families received eviction notices in August 2021. The State government evicted around 800 families from different villages in Sipajhar, Assam in September. Reports mentioned that these families have been occupying around 4,500 bighas of government land. On September 21, 2021, a clash took place between protestors against the eviction drive and the police in the Dholpur area of the Darrang district. This clash led to two civilians losing their lives. Along with it several others including police officers were injured. The protestors used sticks, spears and machetes. This firing by the Assam police also received criticism from many personnel and public bodies. Videos surfacing on social media showed a cameraman jumping repeatedly on a man lying down. As mentioned by the Assam Chief Minister, Himanta Biswa Sarma the police retaliated in defence. Dilip Saikia, BJP national secretary said that the people in these lands received eviction notices before the drive.

Land in the Dholpur area has remained a trigger for conflicts for decades. Cases exist where indigenous people had to suffer because of non-existing documentation of lands whereas encroachers remained undisturbed. The Assam Government planned for an agricultural project in the cleared land. Named as the Garukhuti project, this planned to carry out afforestation and agricultural youth in the cleared land. The state budget decided to invest Rs 9.6 crore in this project. The District administration of Darrang announced this cleared land as “community agricultural land” after the request of the Agriculture Department. This project also aimed at providing livelihood to the indigenous youth of that area. Evicted families from Dholpur mentioned that they settled in the area at least 40 years ago. They mentioned that they came from Barpeta and Goalpara after losing their lands to river erosion.

The Sarbananda Sonowal led BJP government in Assam carried out eviction drives too. In 2016, the Sonowal government carried out eviction drives in Darrang, Sonitpur, Amchang and Kaziranga. The Sonowal government mentioned in 2017 that illegal immigrants occupied 63 lakh bighas of government lands. In 2017, Hari Shankar Brahma, former Chief Election Commissioner of India headed a government constituted committee. According to this committee report, he mentioned that 8 lakh indigenous families are completely landless while 90 per cent of native people don’t possess proper land documentation.

Assam Chief Minister stated that encroached land in Assam is almost twice the size of Goa. On 25 September 2021, Sarma mentioned to journalists that there were reports of miscreants collecting Rs 28 lakh from poor, landless people. These miscreants proposed to the people that they would convince the government against eviction. Encroached land in Assam is government land, land belonging to ancient temples and Vaishnavite satras.

Encroachment conflicts and evictions in Assam even date back to the 90s. In the early 1900s, 400 Bengali-speaking Muslims are mentioned to be encroaching land in Phuhuratoli and Dholpur. A Right to Information plea filed in 2013, brought the encroachment in the Dholpur area to notice. An Assamese Muslim farmer, Kobat Ali, filed a case to request the court’s intervention to evict illegal migrants from that region. He filed the case under the Assam Land Grabbing (Prohibition) Act, 2010.

On 26 August 2019, the authority passed The Assam Land Revenue Regulation (Amendment) Act, 2019 to free encroached land that even belonged to religious institutions. The State Government told the Assam Legislative Assembly that illegal settlers have encroached about 3.87 lakh hectares of forestland.

The Himanta Biswa Sarma-led BJP government in Assam mentioned in its Assam Assembly election manifesto to free Assam from encroachment. As such, the government launched massive eviction drives in Hojai, Karimganj and Darrang. In Hojai, the authorities evicted 74 homes. Reports stated that illegal immigrants have encroached around 275 bighas of government-owned land in Hojai. The District Forest Officer of Karimganj, Jalnur Ali, stated that illegal settlers settled on 60 hectares of forestland. The authorities in Karimganj destroyed 28 homes. The Assam Government is working for an infiltration-free state and is bent on protecting Assam’s land and identity.

Panels to be set to resolve Assam-Mizoram border dispute