Everything you Need to Know about the 2022 Boston Marathon 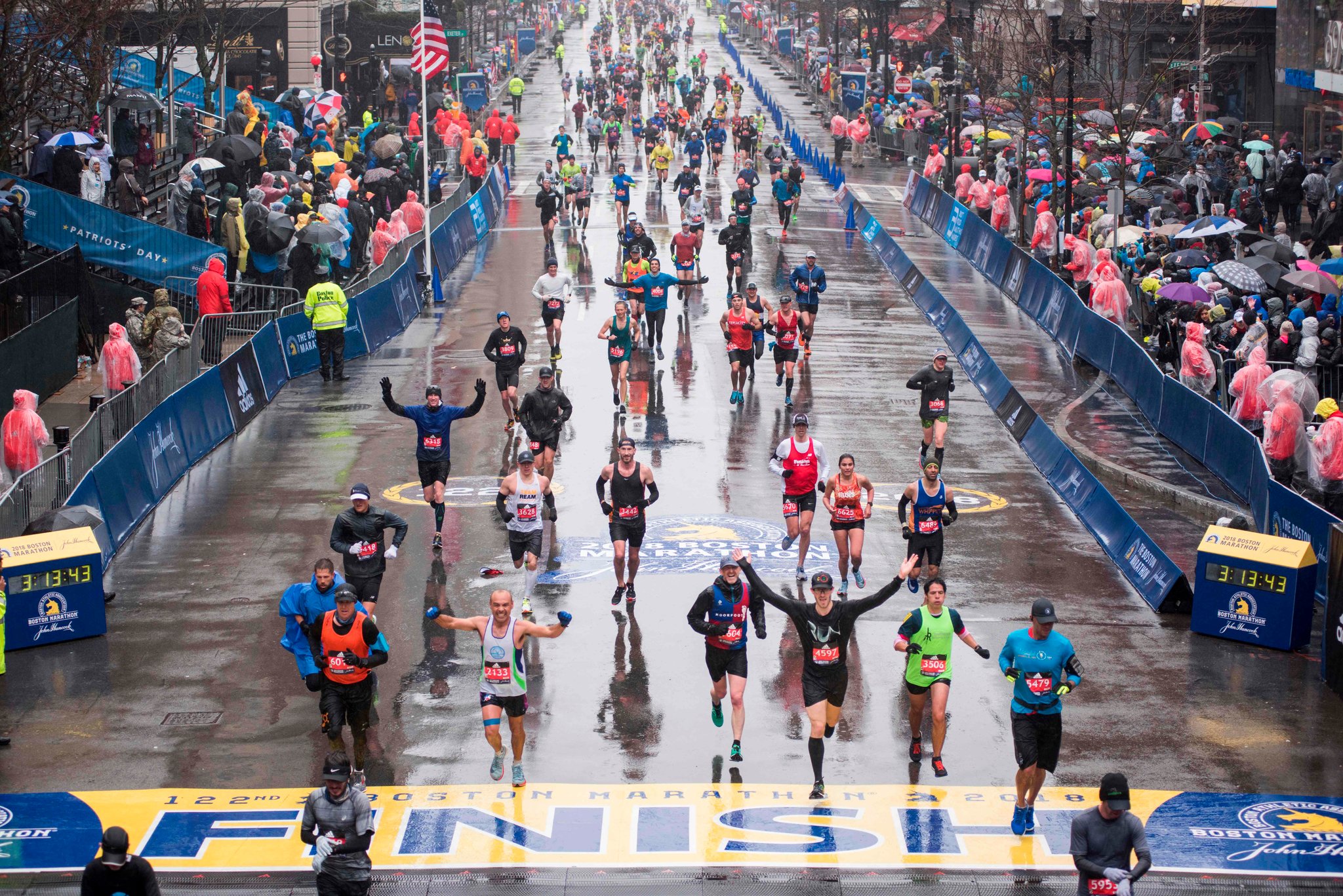 As the 126th annual Boston soon approaches, here is everything you need to know about past and present runs. The Boston Marathon is one of the world’s most famous marathons as well as the oldest. The first Boston Marathon was held on April 19th, 1897, which is also a regional holiday called Patriots Day which represents the start of the Revolutionary War. The first person to finish that day was a man named John McDermott from New York. He finished with a time of 2 hours and 55 minutes. When it originally started, the marathon distance was 24.5 miles and there were only fifteen runners. The race began at Irvington Oval in Boston and finished at Metcalf’s Mill. The length of the race was then changed to 26.2 miles because that was the Olympic marathon race, and it remains the same distance today.

One of the most unfortunate and memorable years that came from the Boston Marathon was in 2013 when two terrorists set off bombs from their backpacks near the finish line killing 3 people and injuring hundreds more. This was an extremely tragic day for the runners, fans, and everyone watching at home. Since the bombing, the marathon safety has been much stricter. There are many safety checkpoints throughout the race where the spectators are. “Spectators along the entire race route - including in Hopkinton, Ashland, Framingham, Natick, Wellesley, Newton, Brookline, and Boston -- are encouraged to carry personal items in clear plastic bags. Using a clear plastic bag to carry personal items will enhance public safety and speed security screening. In all cases, spectators should keep their personal items under their immediate control at all times,” according to bostonusa.com. This is to ensure the safety of all runners and spectators.

Fast Forward to 2020, for the first time in history, the marathon was not held on Patriot’s Day. Rather, it was postponed to September of that year due to the Covid-19 outbreak. There were also no in-person spectators allowed at the race to minimize contact. There have been major recent news about the upcoming race on Monday. The Boston Athletics Association just announced last week that any person from Russia or Belarus has been prohibited from running in this year's marathon. A total of 63 runners who were qualified and have been training for many months are now not allowed to run as the B.A.A released this statement, “we believe that running is a global sport, and as such, we must do what we can to show our support to the people of Ukraine.” I completely understand and agree with supporting Ukraine and the horrible acts that the Russian President has caused upon Ukraine. However, there are plenty of Russian and Belsariuan people who are not in support of Putin’s decision to start the war in Ukraine, and to ban those people from running a race is absurd.

After the bombings in 2013, the B.A.A did not ban people from middle eastern countries from running in the race. That tragic event happened at the marathon unlike what is going on in a different country. There is no logical reason for taking this race away from someone just because of the country they were born in. If Putin himself wanted to run the race I would be in support of banning him, but not innocent citizens. I think that this decision will cause more harm than good. Bret Stephens, an opinion columnist from the New York Times wrote, “If we’re going to ban Russian artists and athletes for the invasion of Ukraine, why not their Chinese counterparts for Beijing’s depredations in Xinjiang? Why shouldn’t other countries do the same thing to American musicians and athletes the next time an American president deploys forces to someplace where they hadn’t been invited?” These 63 runners I am sure have been seriously focused on training every single day, figuring out their flights to Boston and accommodations and to have that opportunity just ripped out from underneath them makes no sense to me.

“J. Loui, a runner and founder of the Boston Road Runners Club, said "I'd be devastated and shocked and sad and angry if I was ever to be banned because my country went to war and the whole world went against the country… "I believe there's other ways to support Ukraine and show that an individual or group or community is against Russia. I think the running community can come up with an event or a pledge supporting Ukraine, but also letting Russia know that, Russia invading Ukraine, it's wrong." Loui is not the only local expressing her disagreement and concerns about this decision. Russian runner, Katia Zykova said she has been training for this marathon for months. She also has flown to the U.S. twice to get the required two doses of the Covid-19 vaccine that are not available in her country, and are required for all runners.

America is supposed to be a free country where we welcome others to participate in the competition. Just because the Russian government is making decisions that poorly represent their people, one, does not mean the people support those decisions and two that we should treat these people differently because of it. At the end of the day, it is a race that people train extremely hard for and pay a lot of money for with travel, food, and boarding.

The upcoming race is going to be very interesting considering these new rules for Russian and Belarusian runners as well as the rising Covid-19 cases. The new Omicron variant has already caused 4,000 new cases in the last week. The mayor of Boston is set to talk Tuesday about any new regulations regarding Monday’s race. The race will also feature a two aircraft flyover from the Bradley Air National Guard Base. On Friday, it will feature a remembrance for the victims who were lost in the 2013 bombing with a wreath-laying at their memorials. There have been a few memorable races in the past, but with recent controversial decisions and the rise of Covid cases, it should be interesting to see how many of the 30,000 runners show up to the race.