Fall Of A Keeper And it’s Hell: 1 Year Of Bikru Bloodshed 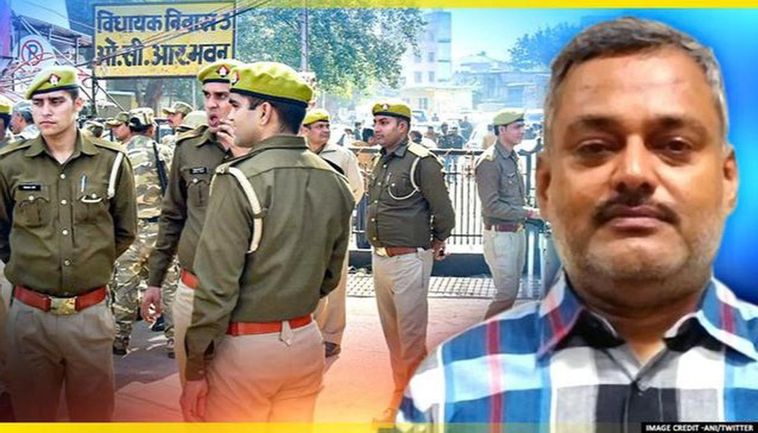 1 year is already passed, but the world could not forget the Bloodshed that happened in Bikru village of Kanpur, Uttar Pradesh, a year ago. After this incident, a lot has changed in Bikaru over time. Now today, there are no Chaupals, and there is no fear of anyone in the village. The village people got busy with daily work, but no one has forgotten the dreadful night of 2nd July. Maybe they will not forget those gunshots in their lifetime.

Exactly a year ago, today at 12:45 a.m. midnight on 2nd July 2020. Gangster Vikas Dubey and his henchmen killed 8 policemen, including DSP and SO, in Bikru village. Dozens of bullets were fired at each policeman. Within 8 days, the Police and STF together had killed six miscreants, including Vikas Dubey, in the encounter. 45 accused are in jail. The trial of the case is still going on.

This all starts when Rahul Tiwari, resident of Jadepurdhasa village of Chaubepur, filed a case of an attempt to murder against Vikas Dubey and his associates on the night of 2nd July 2020. After registering the FIR, CO Devendra Kumar Mishra with his team conducted a raid in Bikru Village at around 12.30 a.m. on the same night.

Vikas Dubey got the prior information about the raid because of his network in Police. He and his henchmen planned to do something big. JCB was installed to stop the Police at the house. As soon as the Police arrived, the miscreants started firing on them from the rooftops. In a few minutes, all of them escaped after killing 8 policemen, including CO Devendra Mishra.

This incident got the whole country's attention as soon media got this information that 8 police officers are martyred in Gangwar in Bikru Village.

Uttar Pradesh and Police are on the backfoot. Not only opposition leaders but also some friendly parties of government are asking how this has happened when Chief Minister of Uttar Pradesh, Yogi Adityanath, claims that there is a Ram Rajya (a state where the society is run on the principles of Lord Rama) in Uttar Pradesh.

After facing harsh criticism, UP Police started conducting encounters from the morning of 3rd July. The Police first killed Vikas's relatives Prem Kumar Pandey and Atul Dubey in an encounter. After this, Amar Dubey was killed in Hamirpur. Praveen Dubey was killed in Etawah. Prabhat Mishra, alias Karthikeya Mishra, a close associate of Vikas Dubey, who is absconding in the Kanpur shootout, was killed by STF in an encounter in the Panki police station area.

Then, the dramatic surrender of Vikas Dubey has happened in Ujjain on the morning of 9th July. When the STF team brought him to Kanpur, he was also killed in an encounter in the Sachendi police station area.

People on social media and human rights organizations claimed that it is a fake encounter, but The STF had claimed that due to the vehicle overturning, Vikas ran away after robbing the pistol and opened fire. In retaliation, he collapsed.

Raised questions are not baseless:

People of the media fraternity claimed that the media was intentionally stopped at the toll so that they don't see the sudden turn of the SUV, which is arguably responsible for the encounter of Gangster Vikas Dubey. The second point is that earlier, he was being brought in TATA Safari, then why Police changed the car in the middle of all that? Without answering those questions, all the encounters were upheld by the Police and magisterial inquiry.

Scars of that night:

Once upon a time, Vikas hold Chaupals in his house in Bikru Village, where he resolves every minor dispute in the village or area like a leader. What he finalize is the final decision not because everyone respects him but because of fear. Some miscreants of the area also used to gather here, and that's what makes Vikas a dreadful gangster. From extortion to murders, what is that Vikas has done because of his hooliganism?

Last month, when I go to Kanpur, our driver (who is also from Bikru Village) told us by looking at the Bikru Village during the trip, "Bikru has become famous all over the country but in a negative way. The name of the village has been maligned by that incident. The people of the village are trying to forget but how can they forget. It was a dreadful night."

The case is still not yet closed:

After the Bikru incident, the Police has sent a total of 45 accused, including Khushi Dubey, to jail. Apart from this, 9 were accused as Vikas's helpers and arms buyers. The weapon buyer was a relative of a Samajwadi Party leader from Bhind which was caught by STF. So far, NSA has been imposed on 3 accused Shivam Dubey alias Dalal, Rajendra and Bablu Muslan.

The trial of the case is going on in the matter, but the promises made by the government for the families of the martyr police personnel have not been fulfilled yet.

Martyr CO Devendra Kumar Mishra was originally from Banda. The incident happened in July 2020, exactly 8 months before the CO was to retire. At present, his family lives in an apartment located in Swaroop Nagar. The elder daughter has passed graduation, the younger daughter is studying 12th. Vaishnavi, the elder daughter of martyr CO Devendra Kumar Mishra, has applied for a gazetted officer post. The relatives told the media that the documents were submitted six months ago, but nothing has happened till now.

The wives of three other policemen (Divya Bharti, wife of martyr constable Rahul Kumar, Urmila, wife of constable Sultan and Neetu Singh, wife of Inspector Anoop Kumar Singh, have applied for the job for the post of Inspector) were also struggling to get a job and other benefits that the government has been promised.

Questions should be raised on People and Politicians of Uttar Pradesh:

Politics is also heated up because of this case in Uttar Pradesh in the name of Caste Politics. Since Gangster Vikas Dubey is a Brahmin by caste, mostly all parties of Uttar Pradesh in including so-called secular parties like the Samajwadi Party and Indian National Congress Party, are trying to flare up the tensions between Brahmins and BJP. But somehow, by showing this issue like that, Brahmins were killed because there is a Thakur dominated government in Uttar Pradesh. Jitin Prasada, an X-congress leader, who is now in BJP, organizes "Brahmin Chetna Manch." Akhilesh Yadav and Mayawati also raise questions about the caste that Brahmins are in danger in Yogi Government. After this, many new fake accounts are also activated on social media for showing sympathy with Vikas Dubey. Talks going on in every street of Uttar Pradesh about Brahmin Vs Thakur.

And who is responsible for this?

Politicians and their politics are based on hatred!

But how can we only hold politicians responsible for this?

I am just asking those hypocrite people how long you will live your life by feeding on hatred?