Floods in India: How We Didn’t Care and What We Should Do 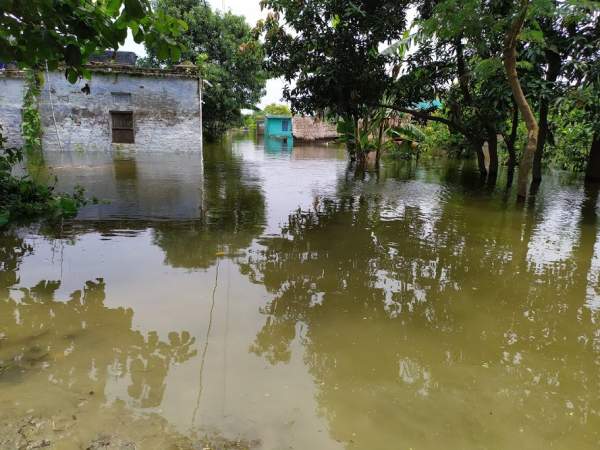 From the 1943’s great flood of Madras to the Assam floods of 2020, one thing has not changed—our ignorance. Bihar, Orissa, Assam, Kerala and Mumbai are battling against floods and we are blaming the year 2020 for it, rather than our atrocious activities.

‘Flood’ is the very first word that comes to our mind when the monsoon starts to hit hard. August has just begun and most of us are already stepping out into water lodged streets and roads. This time, every year, we go through the same scenario and yet we have normalised it in such a way that we start to store grains to meet the hardship. It is so misleading that only a few of us really thought about this recurring disaster and why we haven’t done anything about it yet.

India is well-endowed with periodic rainfall that sometimes excess rainfall paves way for severe disaster. The average annual rainfall is 300-650 millimetres, which falls in the standard count but the irregular distribution of rainfall in a few states is causing the concern. With tremendous coastlines, natural giants like the Western Ghats and the periodic arid wind from East- Asia, India should only expect heavier precipitation in the coming years.

We cannot simply blame the topography. Even the subcontinent was hit by numerous floods in earlier times. Rapid urbanisation and industrialisation has exacerbated the problem. Climate change is a real and current threat confronting us. While we were busy greying the skies and waters, nature had to power-up for a quick action in return. With unplanned urban development and global warming, floods became inevitable and it is us to be blamed.

As per the report by The Economic Times, last year, a total of 1880 people died due to floods in India. More than 25 lakh people were affected primarily, 20,000 animals were lost, 3 lakh houses were fully or partially damaged and 14.14 lakh hectares of crops were destroyed. It was not just an occurence of last year. A minimum of 10 states in the country is affected due to the floods every year.

What we need right now is not just some good penetrable soil cover and massive walls. We need policies and professional disaster management. At least, give these floods the attention they deserve! This issue should be pointed as one of the most attention-deficit. This year, Assam floods claimed about 190 lives and affected over 2.75 million people. The national media did not bother to cover this issue as there are ‘much more interesting’ topics. Flood demands for relief funds receive the funds. This cycle repeats the next year. This is the cycle followed by those who are aware.

The most underrated issues happening around us are the possible destruction of the ‘Mullaperiyar Dam’ in Kerala and Bihar floods. Mullaperiyar dam is the biggest arch dam in India and the current water level in the dam is 132ft which is more than alarming. Any excess beyond 140ft will cause the dam to break and the water would completely engulf three mid-southern districts of the state. Bihar state is again witnessing yet another flood like in the previous years. According to the state officials, 618,000 people have been affected in 8 districts.

What we need to do now is to encourage the media to flood their stories about floods. An attention to this nation-wide issue has to be reached immediately to the rest of the people and the government. East-Asian countries like Japan, Indonesia and Philippines are the most disaster prone area in the world. Yet these countries have defended the inevitable to the maximum to shield their flora and fauna. India not only has political but also cultural ties with Japan since the 17th century. Along with it, we have to adopt the measures taken by them to defend ourselves from flood-like situations.

During World War II, Japan was hit by major calamities like severe typhoons, earthquakes and floods. All together, the country was withered and the natural disasters claimed thousands of lives. They quickly responded to it by creating an efficient Disaster Prevention Administration System and to add to that, they brought Disaster Countermeasures Basic Act in 1961. Since then, the country polished it brightly by reconsidering the sewage system and increasing the forest cover around the urban area. Now they have a J-alert system that works as an SOS to any natural disasters happening in all parts of the country. It has a decentralised system and even floods in remote areas can be brought into attention of the Japan’s Fire and Disaster Management Agency (FDMA).

This can be cleanly executed in our country too. We need permanent solutions. India’s drainage system is one among the poorest and cities like Mumbai and Delhi, that have low lying areas, are very much prone to flooding. Every monsoon we happen to donate and pray for the people due to floods. Our enthusiasm stops right there when the government provides some aid. But we should not stop there. Fait attention! It is now or never. This issue should flood in the minds of every Indian. Or else we will never know when the flood is going to shatter our homes and lives.