Fuel prices and the common man 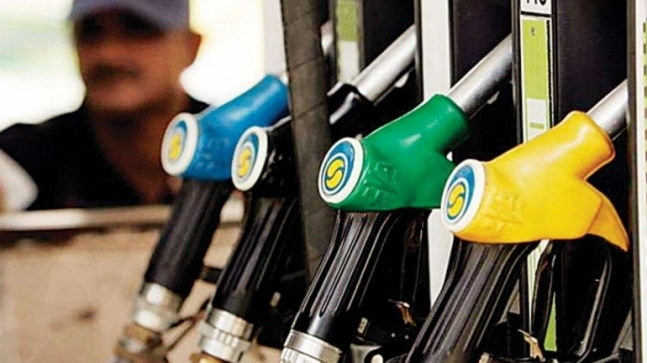 the ten BJP ruled states, Assam, Manipur, Goa, Karnatak, Uttarakhand, Uttar Pradesh, Tripura, Gujarat, Haryana and Himachal Pradesh, have further decided to reduce the rates of petrol and diesel by announcing additional cuts in the taxes levied by them. Himachal Pradesh CM, Tweeted and said that they would soon issue a notification to reduce VAT. Assam CM Himanta Biswa Sarma and Tripura CM Biplab Kumar Dev, both announced to reduce the petrol and diesel prices further by Rs. 7. Karnataka and Goa governments followed the same suit along with the Gujarat government, while the Uttarakhand government decided to reduce the VAT on fuel by Rs.2. The UP government also reduced the price of fuel by Rs.12.

However this excise cut simply doesn't do enough.

The rising fuel prices not only affects its own sector but the economy as a whole.

Experts believe that these high prices are going to hurt the economic recovery and impact the middle class severely.

According to an SBI's research report, high fuel prices are going to increase household spending. The high inflation rate is much more visible in urban areas as compared to rural ones.

“Higher urban inflation compared to rural inflation is mainly due to the difference in inflation in fuel and light, which is much higher in urban areas. This can be attributed to lower consumption of petrol and diesel in rural areas,” said the report.

The main reason for these exorbitant fuel prices are due to the high taxes levied on them by the Central and State Governments. India has one of the highest fuel taxes in the world, and these taxes have only increased. Let's compare the rates of crude oil between the UPA era and the BJP era. During the UPA era(2004 - 2014), the tax rate was not as high as what the current regime is charging. During the UPA rule, the price of crude oil per barrel increased from $36.14 in 2004 to $110 in 2014 per barrel, but the taxes charged by the government were significantly less. In April 2014, the excise duty on petrol and diesel were Rs.9.48 and Rs.3.56 respectively. As far as the Modi-led BJP is concerned, they have been very lucky in terms of crude oil prices. The prices have fallen drastically from $109 per barrel in 2014 to $78.85 per barrel in June 2021, but the taxes charged by this regime are at an all-time high. In June 2020 the excise duty on petrol and diesel were Rs. 32.98 and 31.83 respectively. The BJP came to power in 2014 criticizing the Congress of high petrol prices and slogans like, " bahut hui janta par petrol ki maar, abki baar modi sarkar", but has not done much to provide relief to the consumers.

This price reduction of Rs. 5 and Rs. 10 will surely add a bit of relief to the consumers, but won't help much as the prices continue to be anywhere above 90.