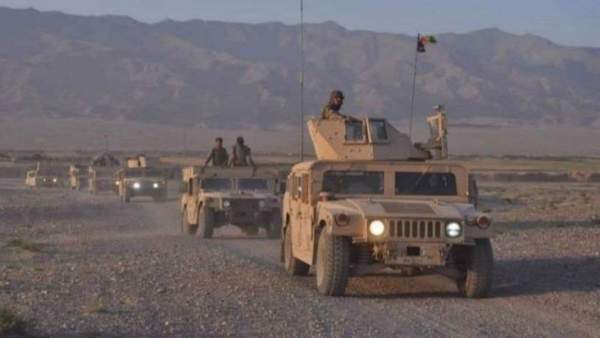 It was September 11, 2001, when The United States was shocked by the terrorist attacks under the command of Osama-bin-laden. The US troops started their search, which led invasion of Afghanistan to capture Osama-bin-laden. Years went by, and he was killed in Pakistan. The Taliban grew strong, and the US decided to stay in Afghanistan to help the nation get rid of the Taliban.

Yet, after 20 years of struggle and loss of many lives, the US has finally started pulling out its troops from Afghanistan. It leaves us with a question of whether they are victorious or not. Twenty years of a never-ending war for Afghanistan has raised the question of the future of Afghanistan. Will the Taliban take over the nation, or a civil war is inevitable? In 2015, the then-President of the US, Barack Obama, promised to bring the troops back. Donald Trump continued the process by decreasing the troops in Afghanistan by 50%. Now, President Joe Biden has fulfilled the promise by bringing the troops back home.

After the downfall of the Najibullah government in 1990, the Taliban killed thousands of Afghans and started a new regime by bringing a new order. Taliban’s reason for war is to bring back Mujahideen to power, stating its control and authority. The Militia group is headed by Abdul Rashid Dostum, Ismail Khan and Ata Muhammad started a revolution by dominating Afghanistan. For them, it was a Pakhtun dominated movement that controlled the Northern district. The road is crucial since it leads to Mazar-i-Sharif, the main border to Tajikistan, and all trade routes take place from there. Now, the Taliban is in control of the road.

The Taliban has changed its stand by participating in Intra-Afghan Treaty, Doha Agreement and the US- Taliban meetings under the US representative Khalilzad. Taliban has shown itself as a national movement party that is trying to bring peace to Afghanistan. They have gained support from ethnic religions. They are expanding their control by rallies and an ethnic-Pakhtun movement. The fact that the Taliban has destroyed and exploited fissures and people in Afghanistan is no secret. They control Northern Afghanistan, and few Afghani forces joined their movement, and a few left their posts. The US troops pull-out is another reason for Afghani people to join the Taliban, which cannot be taken lightly.

Kabul is losing land and control in Afghanistan every day. Afghanistan’s reliance on the regional military is backfiring, and there is a break in the country every day. The Taliban has captured approximately 421 districts, according to recent data, and it is increasing. The troops are not fighting and have fled to Tajikistan. The situation is grim and costing Afghans their life.

The US President, Joe Biden, has assured to support Afghanistan politically, financially and morally, but it is not enough as a war is about to erupt. European troops have left the country since NATO believes Afghanistan is on the edge of a civil war. Germany, Italy, Georgia, Spain, Estonia, Denmark and Sweden have pulled their troops. Italian President has stated that it will continue to support Afghanistan, beginning with development, cooperation, and support for an Afghan institution. The US military commander in Afghanistan, general Austen S. Miller, expressed concern by the recent pull-outs and stated, "a civil war is certainly a path that can be visualised soon."

Pakistan has been blamed for sponsoring terrorism and supporting the Taliban, but now the table has changed. Pakistan has lost few troops and has decided to close its border with Afghanistan if a civil war erupts. But India has always supported Afghanistan by trade, education, and infrastructure. India’s stand is firm, as it supports an Afghan, led and Afghan-owned nation. There is a fear of anti-Indian terrorist activities in Kashmir, but the Taliban has not entertained any claims.

The chances of peace in Afghanistan are a dream for the nation. The Taliban has brought stringent laws like women cannot leave home alone, and men should grow long beards. The Taliban and Afghan government had meetings in the past, but both sides have not agreed, and the chances of both of them working together are bleak. The question of what is next for Afghanistan depends on both sides, whether a civil war erupts and another bloodshed takes place, or the Taliban takes over Afghanistan.