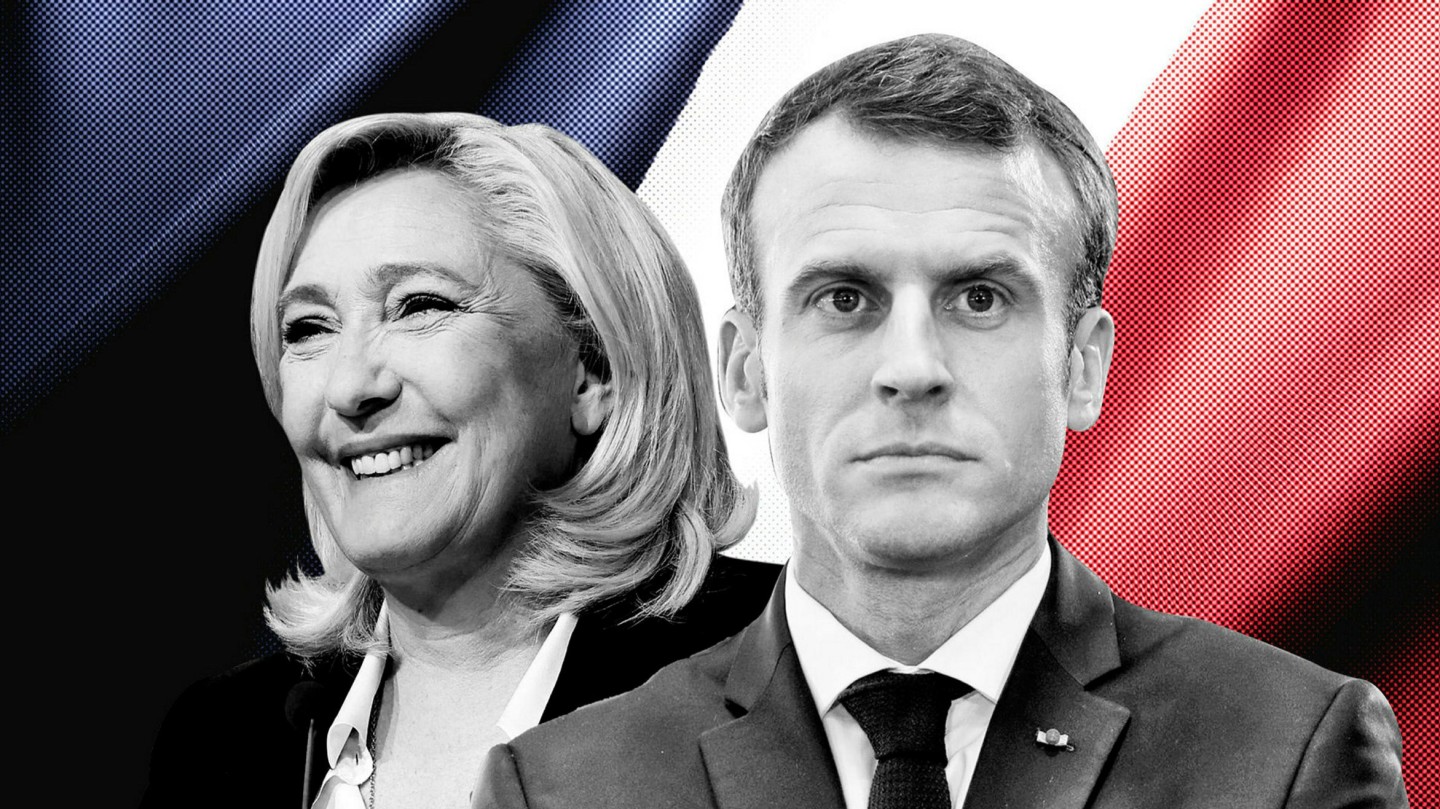 The French election and the re-election of Macron are at the top of the news and analysis these days. This election was held in two rounds, and in the second round, on April 24, 2022, Emmanuel Macron defeated Marine Le Pen by 58.6% of the votes. Macron and Le Pen's rivals in the first round were Jean-Luc Mélenchon with 22%, Éric Zemmour with 7.1%, Valérie Pécressee with 4.8% and Anne Hidalgo with 1.8% of votes.

Although Macron's victory over Marine Le Pen was not unpredictable, 41% of the vote by French far-right politician Marine Le Pen may be the turning point in this election. The gap between her and Macron was not as huge as it used to be, which made some of Le Pen's supporters even dream of winning the election.The Far-right did not win such a large share of the presidential vote since World War II.

National Rally leader Marin Le Pen is known for her far-right views, especially anti-immigrant sentiments. She succeeded her father, Jean-Marie Le Pen, and became the National Front (National Rally) party leader in 2011. In the last three French presidential elections, her votes have increased significantly. In the 2012 elections first round, she ran against Nicolas Sarkozy and François Hollande in third place with 18% of the vote, and in the 2017 election, she won 33.90% of the vote in the second round against Macron.

During the leadership of the National Rally party, especially in the recent election, Marine Le Pen has sought to quell the party's extremist views and expressions. However, following Jean-Marie Le Pen's footsteps, she advocates the automatic expulsion of illegal immigrants and fighting the spread of Islam and Muslims in France, as Islam contradicts French democracy. She also called for a ban on the headscarves in public, prioritizing people of French nationality in matters such as employment and housing, and restriction on immigrants' access to public services.

However, some of Marin Le Pen's supporters in this election were more concentrated on her economic claims and views. Decreasing value-added tax on energy, changing retirement status, and holding a referendum on leaving the European Union were her promises to run for president.

Macron and Le Pen's main rivals in this election were left-wing Jean-Luc Mélenchon and Éric Zemmour, with extremist far-right views. Jean-Luc Mélenchon is the founder politician of the La France insoumise party and the French Left Party. Previously, he was a member of the French Socialist Party and left the party because of what he called the rising acceptance of liberal economic policies. In the 2017 presidential election, he campaigned against Macron and Le Pen and came in third place with 19.58 percent of the vote.

However, He was the first candidate outside the French Socialist Party to attract so many votes from the French leftists.

Eric Zemmour is a French politician, talk show pundit and journalist of Algerian Jewish descent. He is the founder of the Reconquête party, formed in 2021 to support him in the 2022 elections. His far-right views against immigrants and Muslims have made him famous, and his goal is to protect French identity and traditions against immigrant attacks. He agrees with the selective acceptance of immigrants based on religion and race and considers the child migrants, especially Arabs and Muslims, to be criminals who must be returned to their countries. His supporters are those who consider him more legitimate in implementing these policies than Marine Le Pen.

Le Pen and Zimmer's turnout in this election showed the growing popularity of far-right beliefs in France. All this while Emmanuel Macron considers himself a moderate and entered politics and formed his party with a "neither right nor left" slogan. As French economy, industry and digital affairs minister during the presidency of François Hollande, the left-wing president of France, Macron founded the La République En Marche party in 2016 to create a middle ground between the French left and right. Nevertheless, he was accused of carrying out right-wing policies during his previous presidency as he was called "the president of the rich" by them. Leftists in France have opposed some of his initiatives, notably the election of right-wingers to the cabinet, the preparation of a bill on security and militant Islamism, and his economic policies in the areas of labor regulations and tax reduction. According to their ideas, despite Marie Le Pen's defeat in the election as a far-right advocate, right-wing views were spreading, and Macron was the forced choice of left-wing supporters in France to avoid Le Pen's victory. In the second round of the election, the majority of Luc Mélenchon's followers voted for Macron.

On the other hand, Macron's decline in popularity compared to the 2017 election appears to be due to the pandemic era and the formation of protests in France during his presidency. So much so that even some of Luc Mélenchon's fans voted for Marin Le Pen in the second round because she is an anti-Macron.

So it can be said that the right-wing was the winner-loser in this election, as Le Pen called this election "a victory" for National Rally. With an 8% increase in Le Pen's votes, the emergence of an extremist far-right candidate like Eric Zenmour, the choice of Macron with right-wing policies as the only option against Le Pen by leftists, and the spread of right-wing literature in France could make the future of this country challenging for immigrants and supporters of leftist beliefs.