Has the fourth pillar of democracy collapsed? 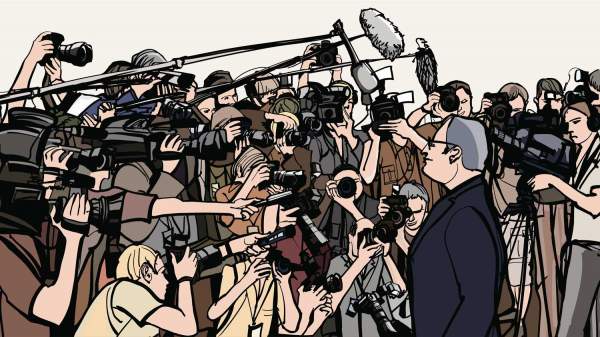 25 June 1975, India had been chained to the shackles of national emergency for the sake of "public interest". Journalists, media personnel, and foreign correspondents threatened to take a vow of silence. The news was being filtered through government-imposed censorship guidelines. The fourth pillar of democracy had been compromised. What started as one of the darkest periods for Indian journalism, turned into a revolt against the draconian rule of government. Empty editorial pages and open protests captured the essence of revolution and set an example for generations to come.

Looking back at the days of the national emergency, one can't help but wonder about the current state of freedom of speech and expression that hangs by a thread in this caricature of democracy.

From the days of Doordarshan being the prime source of news to the entry of satellite television networks following the 90s economic reforms, Media has been used as both, a tool to educate and from time to time distract the public. The idea of news channels providing free and unbiased news to the masses seems like a valid concept until we start digging deep into the financial structure and working of these esteemed media houses.

From a business point of view, running a media house is a high-cost investment. The profits of the company are completely dependent on the TRPs generated by the prime-time shows, generally incorporating a screaming hothead with a panel of slightly delusional individuals. These TRPs earn the company a bunch of deals with advertisers, who are considered the payer in this transaction. The lack of direct public funding highlights the flaws and faults of big media corporations and how they focus on all the issues relevant to their bubble audience or investors. This model of journalism results in a vicious chain of serious issues getting ignored and fake news becoming the norm.

In the golden age of political affiliations and sycophancy, the ethics and standards of journalism have been tarnished. Media is no longer a democratic medium of giving voice to the voiceless. A rat race of spreading propaganda and fake news has taken over what used to be a tool for questioning those in power. Be it the lack of coverage of natural calamities (Assam Floods) or nationwide protests;(Shaheen bagh, farmers protests) narrative-based analysis is used to polarize and question the authenticity of those involved. Witch-hunt and media trials are being broadcasted as news while the plight of the common man is being ruthlessly ignored. Amidst the piling up of TRP fraud cases, the integrity of unbiased news channels has taken a heavy toll. This new face of journalism has motivated people to either boycott such mediums or indulge in the polarized world of hate and despair.

Is there a way out? Yes, a healthy alternative to mainstream media corporations is free public funded media outlets. A new wave of media houses has paved the way for keeping good journalism alive. These media outlets follow the financial model of generating revenue from the public to bring unfiltered news. Some of the most popular options comprising of news outlets such as Newslaundry and The Wire among others.

"There is ample empirical evidence that quality reportage of public interest issues engages citizens in democratic processes and helps keep a check on the three pillars of governance. The media’s role as the fourth pillar is even more critical at a time when the nation is facing multiple crises. As feedback channels of the state falter in the far reaches of our vast nation, the media has been at the forefront, focusing policy attention to where it is needed the most."  - Newslaundry (dated - June 24, 2020)

The role of media in a thriving democracy goes much deeper than we imagine it to. Media provides a platform to not just keep power in check but also helps in expressing the hopes and aspirations of the people it represents. It is in our best interest as one of the largest democratic nations in the world to keep an open eye on where we get our news from and to make sure it is free of political affiliations and pressure. Media holds the power to strike a chord of peace and accountability with the establishment as much as it holds the power to germinate the seeds of indifference in the minds of law-abiding citizens.

"We must devise methods of circulating our ideas unless and until the whole press becomes fearless, defies consequences and publishes ideas, even when it is in disagreement with them (the ruling powers), just for the purpose of securing that freedom..."  - M.K. Gandhi