Have a look at Bihar's Fodder Scam! 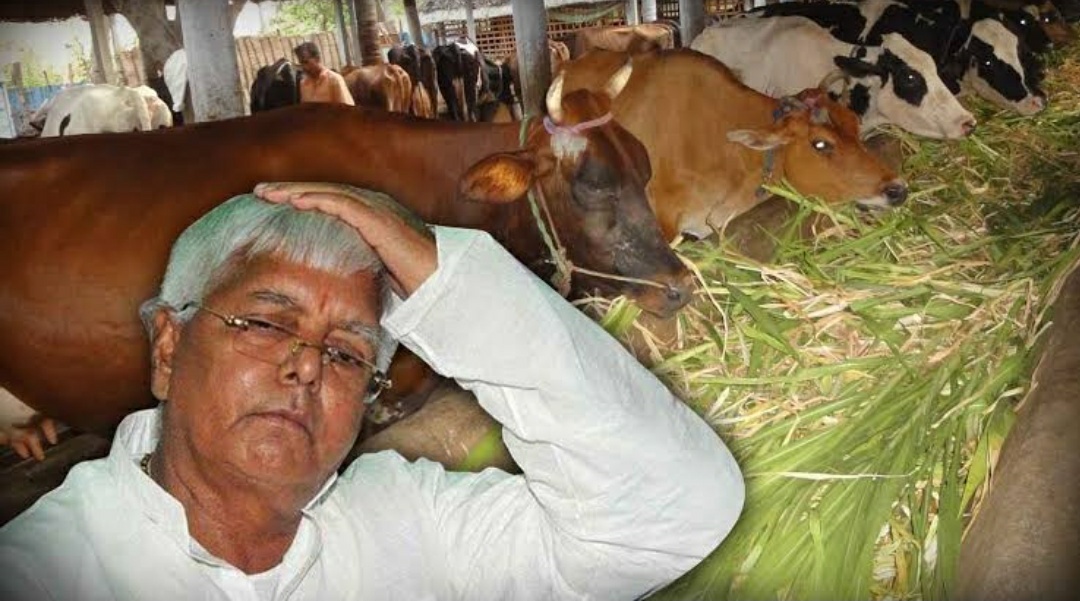 Corruption and scams are common when it comes to India, be it a politician, a corporate, or a bureaucrat, every year somebody or the other is indulged in malpractices or embezzlement.

According to the surveys of LocalCircles and Transparency International India, 75% of the participants from Bihar have admitted that they have paid bribes to get their work done. In the state, 47% of the bribes were given in property registration and other land issues, while 6% to the Municipal Corporation, 29% bribed the police, and 18 % bribes accounted for other departments, such as the electricity board, transport office, and tax office.

One of the biggest shocking scams of history where prominent personalities were involved too happened in Bihar, The Fodder Scam! When it comes to corruption, Bihar is one state which is always in the race.

It was in the year 1996 in January, the Animal Husbandry Department was encrypting and making fake bills that were sent to non-existent companies to pretend that those were real transactions, the companies asking for fodder from the department and the department selling the fodder.

However, in reality, all of it was nothing but a scam going on behind the curtains until a raid took place on the offices of the Animal Husbandry Department in Chaibasa.

The Comptroller and Auditor General of that time, Mr. T.N. Chaturvedi was suspicious that some sort of money laundering was taking place as he noticed delays in submissions of monthly accounts of the Bihar treasury in 1985 but still the scam was busted in 1996.

Considering the involvement of various officials and politicians, the state police was no longer fit to conduct an investigation and the Supreme Court ordered a CBI probe in the matter.

The case became news for the world as the CBI got involved and a charge sheet named the then Chief Minister of Bihar, Lalu Prasad Yadav. During the investigations, CBI filed a submission to the High Court against some officials for not allowing access to documents that could unravel the involvement of a big name from politics. After a hustle, the investigation by CBI continued and Lalu Prasad Yadav was found to be linked with the scam.

In May 1997, CBI started requesting the federally appointed Governor of the state to prosecute the CM but as soon as this came out, a businessman named Harish Khandelwal who was an accused in the case was found dead on train tracks with a note attached reading that he was being coerced by the CBI to turn witness for the prosecution.

However, CBI denied this and kept on with the investigations. In July 1997, Lalu being scared, resigned from the position of Chief Minister of Bihar and gave his position to his wife, Rabri Devi, and surrendered to the CBI.

This tenure of Rabri Devi wasn't long-lasting as another case of Disproportionate Assets was registered against Lalu in 1998 and Rabri Devi too was named as a co-accused.

After the case against Lalu, his party Janata Dal started pressuring him to leave his post as the party's chief. Later, he formed his party in Rashtriya Janata Dal.

However, Rabri Devi was granted bail, Lalu wasn't. In 2001, Bihar was bifurcated into two, Bihar and Jharkhand, 39 out of 61 cases were transferred to the new state, Jharkhand.

The supreme court transferred Lalu's cases to Jharkhand High Court. Nine years later, In 2012, a charge sheet was filed against 44 people related to the fodder scam, Lalu's name was on the list including former CM of Bihar, Jagannath Mishra.

In 2013, Lalu Prasad Yadav was finally adjudged for illegally withdrawing Rs. 37.7 crore in the 1st Fodder Scam Case out of the 6 cases filed against him and was sentenced to 5 years of imprisonment and a fine of 25 lakhs. Not just this but he also was barred from contesting elections for 11 years.

However, he got bail for the 37.7 crore Chaibasa scam within a few days.

In 2018, Lalu was condemned for another Chaibasa treasury for fraudulent withdrawals of Rs.3.13 crore during 1995-1996 but was granted bail for the same in October 2020 by the Jharkhand High Court treasury.

In 2017, CBI convicted Lalu and 15 others for the 2nd Fodder Scam out of the 6 scams. The case was concerning embezzlement of Rs.89 lakh from Deogarh Treasury between 1991 to 1994 and Lalu was awarded three-and-half years imprisonment.

The charges filed against all the accused in the case were under IPC sections 420 (Forgery) and 120 (b) Criminal Conspiracy and Section 13 (b) of the Prevention of Corruption Act. Other famous names in the list which were shocking included former Bihar CM Jagannath Mishra, former Animal Husbandry Minister Vidya Sagar Nishad, Former MPs Jagdish Sharma and R.K. Rana, and former BJP legislator Dhruv Bhagat and some bureaucrats.

However, he was granted bail in July 2019 by Jharkhand High Courtin the Deogarh fodder scam.

On February 19, 2018, Prasad along with 29 people, including former IAS officers and some officials was accused in the Dumka treasury of fraudulently withdrawing Rs. 3.13 crore between December 1995 and January 1996.

In January 2021, Lalu was admitted to AIIMS due to his deteriorating health condition.

Lalu filed a bail plea in the Dumka treasury case but the plea was rejected by the High Court in February 2021, saying that he has to serve two more months in jail to complete half of the tenure of his total sentence and can reapply for bail after the completion.

In April 2021, Lalu was finally granted bail in the Dumka treasury.