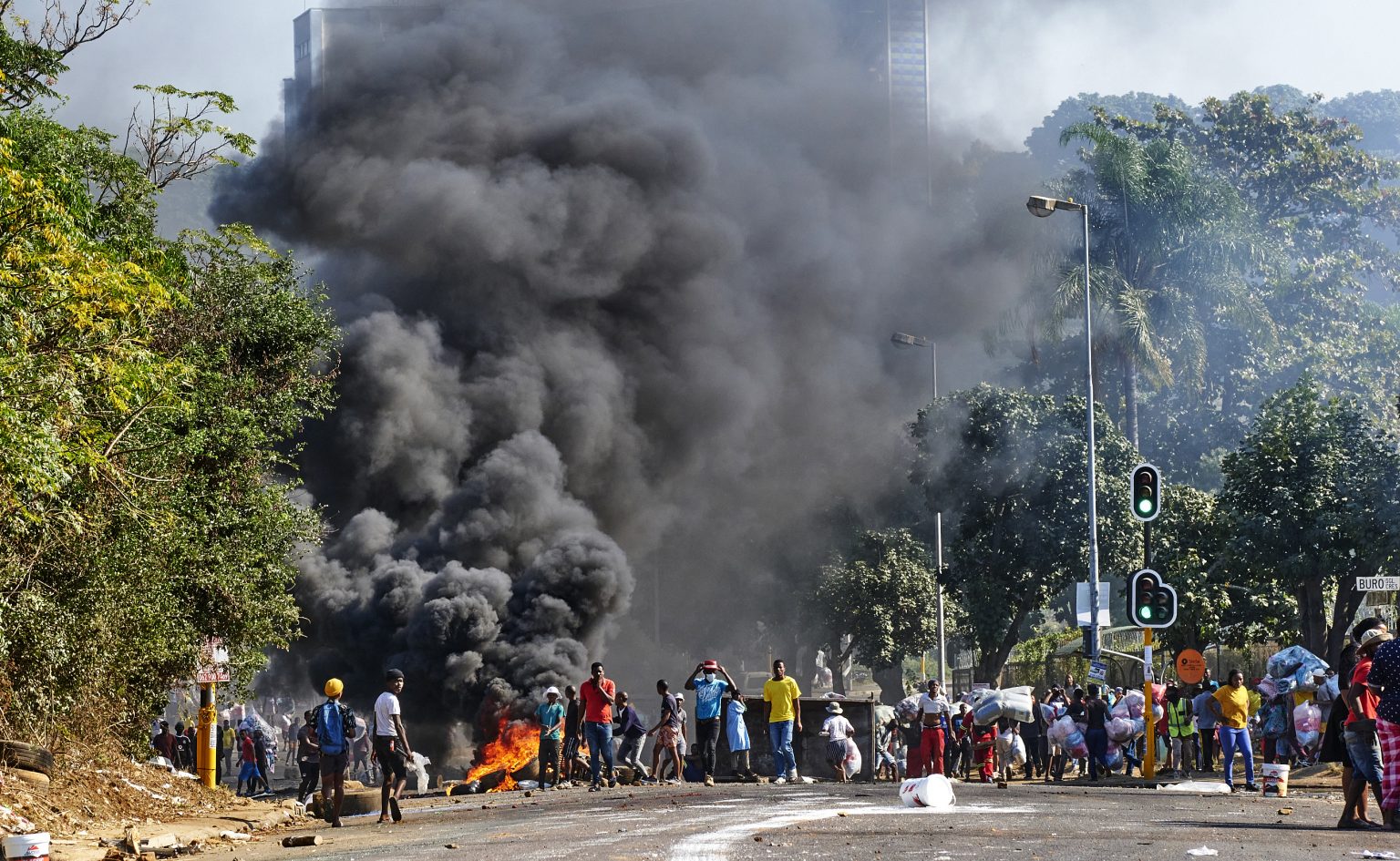 Violence has erupted in different cities of Africa over the past several days, killing 70 people so far. Rioters are looting homes, shops, ransacking shopping malls. Things have worsened to such an extent that food supplies have been disrupted in SouthAfrica. It created a food crisis for the people, and communities feared genocide.

The government has finally deployed troops to check the ongoing violence in South Africa. Riots have been taking place in many parts of South Africa since the imprisonment of former President Jacob Zuma began. Under the guise of this violence, some miscreants are targeting the Indian community living here. It is the largest army deployment in South Africa since the end of white minority rule in 1994. So far, 72 people have been killed in this. More than 1200 were arrested in inciting riots and violence that have been going on for the past week.

According to the government, the violence first began with Jacob Zuma's home state of KwaZulu Natal, which has now reached Durban from Johannesburg. The government says it is trying its best to stop the violence. There have also been large-scale looting during the violence. Police are constantly on the lookout to prevent violence. In the eyes of the police, there are cities where some criminal elements are taking advantage of the opportunity and treating it as violence. The army has also been taken to the streets to prevent the violence here.

The Indian community is targeted specifically:

From 2009 to 2018, Jacob Zuma's party ANC was in power in South Africa, which was heavily influenced by the Gupta brothers. Meanwhile, Zuma and his government were accused of corruption. So now, Zuma's supporters in South Africa feels that the Gupta brothers are behind Zuma's imprisonment. That is why people of Indian origin are being targeted there.

Subsequently, the South African Government's Lokpal also released a report alleging that the Gupta family and President Zuma helped each other get government contracts. The matter worsened when more than one lakh e-mails were leaked in 2017 detailing how the family looted South Africa's treasures and resources by showing their dominance.

After riots took place, 25,000 soldiers deployed on the streets:

The South African National Defence Force has deployed 25,000 troops to prevent violence. In addition, 12,000 Reserve Forces have also been deployed in different parts of the country. Trucks, armoured vehicles, and helicopters are being used to carry troops to the violence-bound Gauteng and Kwazulu-Natal provinces. The rioters again attacked IIndian's properties in Jacob Zuma's home province, Kwazulu-Natal, shopping centres on Thursday, and several factories were vandalized and set on fire.

Neil Gopal termed the ongoing incidents of looting and arson in the country as a sign of a coup attempt. He appealed to President Cyril Ramaphosa to impose a complete lockdown to deal with the current situation. He told news website MoneyWeb that people are destroying mobile phone towers, destroying reservoirs, and attacking other infrastructure in the country, all of which are a sign of coup attempts. We must implement the complete lockdown as we implemented last year due to COVID-19 to deal with this situation. At that time, the crime rate was zero.

Communities and vigilantes fight back against rioters

Last week, Chaos flared up soon after the sentencing of Jacob Zuma. From the previous few days, looters have decided to target shopping areas and destroy different properties. Protests have become riots in the streets. The violence was overwhelmed by the South African Police Service (SEPS), and several people were murdered due to this civil unrest.

So it was possibly unavoidable for the Indian community of the country to try and fight firearms. Various community groups gathered for planning defensive strategy at strategic places in towns such as Port Shepstone, Woodlands, and Verulam,

The citizens of KwaZulu Natal from the Indian community have chosen to oppose the inconclusive riots in South Africa. Several videos published online show that different communities are armed to protect businesses and shops from looters and arsons.

South African President Cyril Ramaphosa even raised concerns over ethnically based violence in his televised speech for the nation on Sunday. Still, the South African Foreign Ministry stressed that the ongoing riots are criminal in nature and not politically or racially motivated. But we can say that it's a cocktail of every issue, whether politically or racially motivated.

Many posters and messages reveal ANC workers did the initial organization of shutdowns, and their primary demand is the release of Zuma. One of those messages says that organizers should not wear ANC colours.

The politically motivated theory stated that these protests were initially organized by African National Congress Party (ANC) supporters. Many proofs are supporting this theory founded by the police. Many inflammatory social media messages reveal the topic of discussions at the weekend's ANC National Executive meeting and which intelligence sources have confirmed are part of the database that has been investigated to find the main conspirators. Many local leaders are still not condemning these riots, and that's the main reason behind this theory why these riots are politically motivated.

But these protests are still largely unorganized. It means that the protests and violence seen here are not only because of the former president's arrest. It indicated that these violent protests are also in opposition to apartheid policy, which has been destroyed on paper but continues on the ground. According to Reuters, "The anger has been rising for 27 years against inequality is now visible on the streets."

Let me tell you that South Africa is the wealthiest country on this continent. Even then, a section here still considers itself backwards, and there are a large number of poor people. These people are getting poorer over time. The unemployment rate is also increasing day by day in South Africa. More than six crore citizens are leading their life in poverty. They have also been hit all around in the time of the ongoing Corona Pandemic. Due to this, they are facing economic and social difficulties due to the restrictions imposed.

On the other hand, the Indian Community enjoys much power in government in the business sector. Indian communities have dominated almost all businesses. So, we can say that this civil unrest is also fueling these riots.

Business Leadership South Africa estimates damages of over R 5 billion when they only include retail industries. This estimate will sharply rise when they add unorganized sectors in this. Rioters targeted over 200 malls & 800 stores and 100 stores were burned up by them completely. It significantly increases the scarcity of food supplies in various parts of the country. This violence and the looting affected 50,000 informal traders and 40,000 enterprises. 1,50,000 jobs were at risk, and 1.5 million homes are without incomes.

Apart from this economic crisis, many residents of South Africa from the Indian Community states that genocide has been planned in Durban and KwaZulu-Natal to cleanse the Indian population from South Africa. Many social media posts also indicate that rioters were planning to do widespread massacres against the Indian community.

This ethnic cleansing has been done systematically as no flights are available. So, the Indian Community cannot leave South Africa easily. Many people are tagging Indian and International forums and leaders to draw their attention to the riots in South Africa against their community. That's why many residents indicate that internet shutdowns were going to happen anytime because many people were asking for help on social media. It will probably cut down all their connections from the outer world, and they will lead their lives or lost their lives without getting any headlines.