Horror on the streets 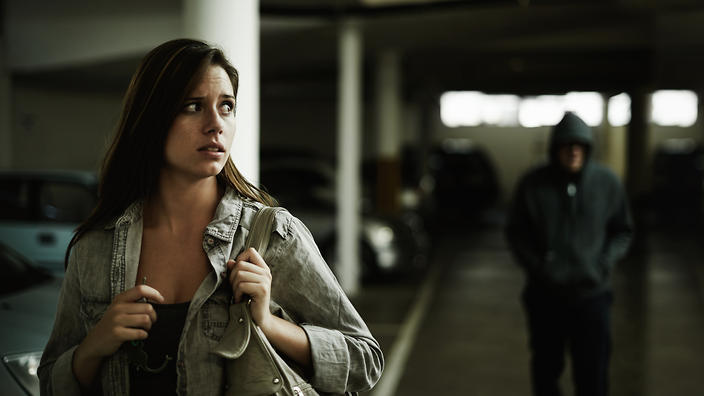 Heard an individual saying, “Is it just me, or every time you step out of your house alone you feel like you are in a movie and everyone on the road is staring at you?” Well, this is not just an Instagram trend but an appalling reality.

Every time somebody on the road or any public place passes unwanted comments, gestures, or stalks you, you are being harassed. If we talk over a concise description, street harassment implies a range of taunting behaviors that occur on the street or at other public places containing sexually explicit remarks, unwanted attention, and any behavior which makes the other person feel uncomfortable. You might often ignore the person staring at you or a group giggling and whistling as you walk. While even the minutest form of harassment should not be tolerated, there are some other even more traumatizing incidents women face on streets like public masturbation, flashing, groping, leering, homophobic and transphobic slurs, and many such demeaning gestures.

The worst part of it is victim-blaming or simply asking the survivor to ignore the fact they were harassed. Street harassment happens abruptly and thus people don’t have the time to think about the response. Some might walk away quietly, others might fight but there’s no right way of dealing with it. You should do what’s best for you and if possible, gather bystanders although not everyone might help it’s worth a try. If you are a victim of street harassment, there is one thing you should never do i.e. blame yourself, no matter what clothes you were wearing or at what time you were out.

A 19-year-old girl shares her story of being followed and harassed not once but multiple times in Bhopal. “I used to go on morning walks with my friends and there have been instances when a random guy would come and start talking to us or ask us to be his friends despite my friends and I being uncomfortable. This might seem like a small thing but this made us question our decision of being out there in broad daylight. In another incident, two boys started following us as we were going back to our homes. We tried changing our way but they continued following. We had to ask for help from an uncle and when we told him that we are being followed, he said you should have come with your father. Many times, I have had to change my way while driving because I saw someone following me. Sometimes they disappear halfway but I remember this one time when a middle-aged man and a boy followed me to my home. I still get scared thinking about it.”

“I went to the nearby stationary the other day and one guy driving a bike tried to touch or hold my breasts, also known as groping. I could not do anything, within a fraction of seconds he was gone. When I went home and told my mother about the incident she said, “you are never leaving home without a pepper spray”, says another girl.

Narrating another such occurrence Shambhavi says, “I was sitting on a bench with a friend and this one guy came and sat in front of us, we ignored him. Then he started to initiate a conversation which made us very uncomfortable but he went on and on and asked me for my Snapchat id. Left with no choice, we had to leave that place and check if he was following us.”

In all of the above incidents, the girls could not help but wonder ‘what did I do wrong?’ The empty streets during the lockdown increased cases of street harassment. Hidden behind a mask, it became easier for the perpetrators to harass women openly. The increasing number of unsafe streets makes women vulnerable to such crimes.  Thus, there is an urgent need for a comprehensive response to street harassment, both from the government and the civilians.

The passers-by should be more aware of their surroundings and given the training to help the victims. Stricter laws from the government’s side would be a great move as well because in India there is no law specifically for street harassment per se. Nevertheless, distinct sections of the Indian Penal Code can direct to imprisonment of men if they indulge in indecent gestures, remarks, or songs exhibiting pornographic stuff to women, making sexually colored remarks, and so on.

In the perpetual fight against crime against women, we must spread awareness about street harassment and the psychological impact it has on the survivors. High time we need to start “cleaning” our streets!