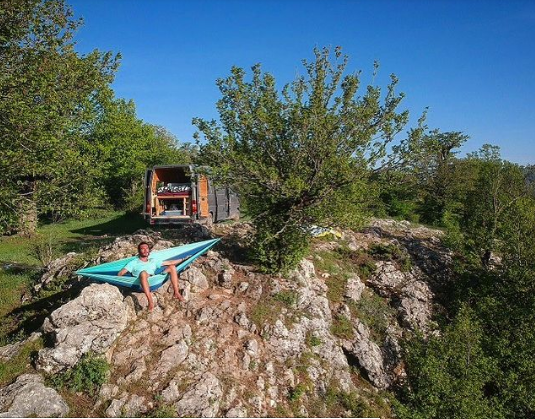 Benjamin Briere a Frenchman was on Tuesday 8th January sentenced to 8 years in an Iranian court on charges of espionage and an additional 8 months for propaganda against the Iranian regime.

Benjamin was arrested in May of  2020 for flying his helicam to take motion pictures over the Iran- Turkmenistan border. Statements have been made by the legal counsel alleging that the sentence was a move from the political playbook of Iran meant to give them leverage on the nuclear deal which France and the United States are parties to negotiations. Diplomats in the form of U.S special envoy have criticized the arrest stating that the negotiations are less likely to yield anything unless foreign prisoners in Iran are released, “said Robert Marley”.The French foreign ministry urged for the release of Benjamin adding that the 8-year sentence was unreasonable given that it was not backed by solid facts to convict. The 36-year old’s family has since been voicing for the repatriation of Benjamin.

The drone laws in Iran are a bit vague, however, they do specify certain restrictions in terms of areas and height to which one can fly a drone. In some areas like Tehran, drones are completely prohibited. While the desert area in which Benjamin flew his drone is not specified within the strict laws of the Civil Aviation Organization of Iran is prohibited to fly a drone in areas specified by the provisions and any other areas that may cause local authorities concern. The charges on Benjamin are that he took photos on prohibited areas hence it can lead to the application of provision which prohibits such conduct in areas that raise national security concerns. In one of his posts, Benjamin challenges the mandatory Hajib(veil ) laws and it is on this account that he is charged with propaganda against the Republic.

Before his trial, Benjamin Briere had been detained in Valikabad prison to which he is said to be on hunger strike because of the arrest. Valent, the Frenchman’s legal defense counsel condemned the integrity and transparency of the entire procedure. He said the case was tainted from the beginning as the Frenchman was not given access to the prosecution’s case and a fair, unbiased opportunity to prepare for his defense before impartial judges.

Parties to the nuclear deal have condemned the arrest as an act of,” hostage diplomacy” a well-calculated move by the Iranian regime to exchange the foreign nationals with Iranians arrested abroad or as bargaining chips during diplomatic negotiations. 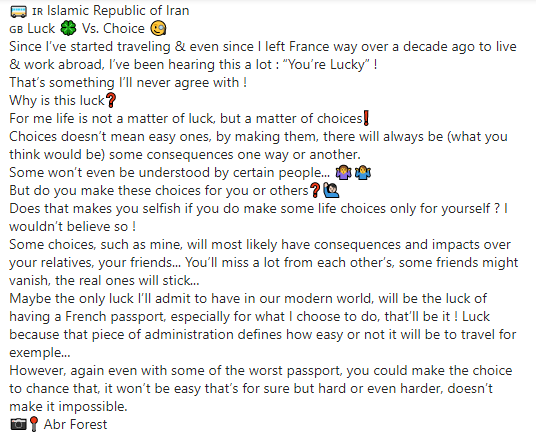 Benjamin Briere’s social accounts are a testimony of his travels. In one of his Instagram posts, the Frenchman details how he left France over a decade ago to live and work abroad. In that Instagram post he gives his opinion that while some people may regard him lucky, he believes life is ultimately a consequence of choices we make for our best interests which may come with a price, in his case loss of ties with family and friends.

What looks like an image taken by a drone because of the aerial view was captured in Abr forest, the Islamic Republic of Iran giving an impression that he was merely admiring the landscape even when he was caught in the act in question. He had been traveling across Iran in his Van to explore and experience the country as France 24 published that he had done so similarly in Turkey and other countries. His social media accounts are rather an open diary of his travels which by his social media presence are a public secret.

Against that background, it is a bit unsubstantiated to assume that he was indeed being sneaky unless any related details about his conviction will be made public. While one can assume that Benjamin may have been ignorant of the laws of the land before launching his drone, these laws do not specifically prohibit such activity within a desert area therefore as a matter of law and national security concerns, the Frenchman appears like an innocent traveler who may simply have unknowingly overstepped his boundaries and deserved a slap on the wrist. The Frenchman might have stepped on the regime’s toes by condemning their longstanding beliefs, laws, and culture as repressive hence raising their suspicion to a much bigger agenda.

The Not-So-Smooth Relations Between Japan And Korea !