How can we get out of the cost-of-living crisis? 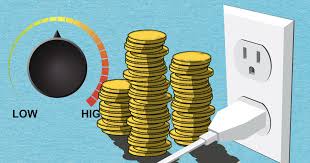 UK news has been dominated by the cost-of-living crisis. This manifests through increased energy and food prices, which affect many families. The war in Ukraine and the aftermath of the covid lockdowns have increased energy demand and hiked up prices. This, combined with the increase in national insurance and council tax, has led inflation to be at a 40-yearhigh. As a result, 1.3 million people are facing absolute poverty. The crisis is set to worsen, with household energy bills rising by a further 40% in October. There needs to be an urgent plan to end this crisis and support those who have suffered. But what are the best ways to achieve this?

This could be achieved through a one-off windfall tax on North Sea energy firms, as oil and gas firms have profitedfrom higher energy costs whilst families suffer. This was proposed to Parliament by the Labour party, but it did not pass as 310 MPs opposed it. Keir Starmer, leader of the Labour party, argued that it would raise two billion pounds, therefore decreasing energy bills. The Mirror wrote that the tax could save British families six hundred pounds. The main arguments opposing this were centred on fears that a tax would affect future investment and deter these companies from investing in renewable energy. As Chancellor, the Conservatives and Rishi Sunak are hesitant to introduce any form of tax increase as it goes against many of their election promises and core principles of the Conservative Party. The Government hasn’t entirely ruled out the possibility of a windfall tax, especially as polling suggests that 8 in 10 people support it.

Another possibility of ending the cost-of-living crisis is the scrapping of the National Insurance rise. This is the 1.25% increase that will affect from April 6th. This rise has led to many calls for it to be scrapped as the decision was made without the hindsight of the future cost of living crisis. The plan was passed as a way of funding health and social care, an area that desperately needs investment. It is estimated that the rise will raise 12 billion pounds a year for health and social care services. Therefore, the calls for it to be scrapped have been rejected by the Prime Minister, who focuses on the need to fund the NHS if we are to enjoy its benefits. Although most will not argue with supplying more support to our health and social care services, the National Insurance rise breaks the Prime Minister’s 2019 election manifesto commitment not to raise taxes. Jonathan Geldart, the Director-General of the Institute of Directors, argues that the National Insurance rise will reduce take-home pay, lead to job losses, damage the economy and cause inflation to further rise. Considering the dire state that we are already in, we cannot afford to take such risks. The Labour Party have opposed the rise, on the fears that it will cost families an average of 500 pounds a year.

The pandemic has affected small businesses, and the cost-of-living crisis’s economic uncertainty has added to this. Small businesses have reported facing inflation in the supply chain and wages and rent. More support needs to be given to them; this could be achieved by providing them with a discount on business rates. This could be made possible by taxing ‘online giants.

Many have called for the lowering of income tax as a possible way of ending the cost-of-living crisis. The Government has outlined plans for a cut in the introductory income tax ratefrom 20p to 19p, which is scheduled to take effect from April 2024. This plan should be brought forward by at least a year, as it would supply a degree of relief to those suffering the most. Wage growth has stagnated, having been affected by the global monetary crisis. The increase in food prices means an increase in disposable income is needed to balance out. Lowering income tax would do just this.

Universal credit is a benefits system to support jobseekers, low-waged parents, the sick and the disabled. Increasing Universal credit is a way of helping those hit hardest by the cost-of-living crisis. Although there is an increase in benefits planned, it will come into effect from April 2023. Like with the issue of income tax, a solution to the cost-of-living crisis is bringing this plan forward. The lack of action about this is a stark reminder that the cost-of-living problem isn’t being treated with the urgency it requires. Sebastian Payne calls the UK benefits system the ‘most digitalised, advanced benefits system in Europe’ but recognises that it has been severely underfunded.

A good example of this was its decrease in the budget by 3.2 billion pounds in 2015. Payne draws attention to how in 2018,a temporary 20 pounds a week handout was supplied for claimants, which the Government claimed reduced child poverty by 400,000. If this were to be reintroduced now, it would provide economic relief to many families and preventhundreds of thousands of people from falling into ‘absolute poverty.’

So, what has been done to tackle this crisis? Boris Johnson said in his Prime Minister’s Questions that 9.1 billion has been committed to assisting with energy costs. The chief secretary to the treasurer, Simon Clarke, declared that the Government supplied 400 billion pounds of direct economic support during the pandemic to support living costs. However, appearing from lockdowns has given way to new economic challenges such as increased energy prices, so more support needs to be provided.