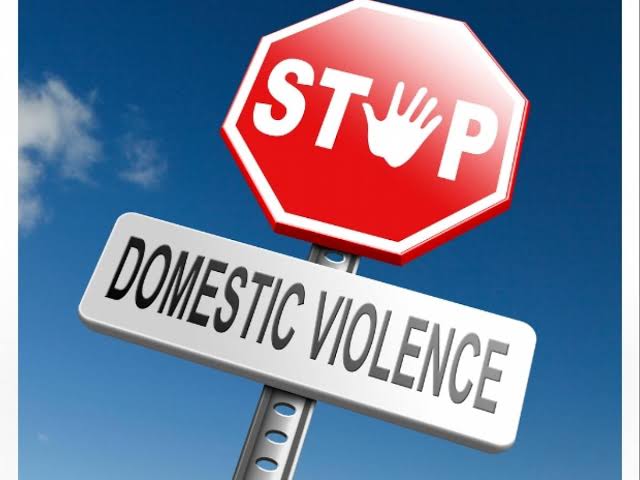 Patriarchal societies that build themselves along the uneven lines of superiority and power-play are an eye-opening example of how abuse towards women continues to be a "right" that men feel they are born with. Despite various acknowledgments by woke leaders globally and new laws being passed, several questions remain unanswered regarding the reasons behind the increased scope and severity of the rise of domestic violence cases.

Earnest attempts have been made by many to redefine the conventional gender roles to eliminate or, for the initial stages, at least reduce the prevalence and effects of this shadow pandemic i.e. domestic violence. Domestic violence is a sad reality that persists in society which many, consider a subject of utter disappointment and suffering.

With the announcement of the nationwide lockdown by PM Narendra Modi last year on March 24, 2020, several restrictions on free movement resulted in women who were already vulnerable to abuse finding themselves pushed into a trapped situation. Within a fortnight, the National Commission of Women (NCW) revealed a shocking statistic of a 100 percent increase in domestic violence cases.

Indian women filed more domestic violence cases during the first four phases of the COVID-19-related lockdown than in a comparable era in the previous ten years. However, this outlier is just the tip of the iceberg, as 86 percent of women in India who are victims of domestic abuse do not seek support.

Acknowledging the severity of the situation and the probability that the covid-19 situation is not going to come to a halt anytime soon, the NCW then introduced a national WhatsApp number to provide an alternative way for women to report domestic violence.

Numerous reasons like unavailability of alcohol, unemployment, lack of job security, and social isolation, contribute to the overall factors behind the increased cases.

According to the World Health Organization (WHO).-Alcohol use has a significant effect on a person's cognitive and physical functioning, It not only prevents a person from using self-control mechanisms, but it also prevents them from using nonviolent dispute resolution strategies.

As a result of the lockdown, the selling of alcohol came to a halt, causing many of its customers to experience alcohol withdrawal symptoms. During this time, several hospitals registered a fourfold rise in the number of people suffering from alcohol withdrawal syndrome.

According to studies, this condition causes a wide range of mental and physical reactions, with violence being one of the most common.

Another important and widely witnessed source of motivation for the abusers to lose control is unemployment. Previously published research material acts as evidence supporting the fact that there exists a certain association between domestic abuse and a husband’s employment status. Women with husbands who have considerable job security or stable employment are less likely to suffer from any incidents of abuse and vice versa.

The covid-19 pandemic wreaked havoc in almost every area of the economy, causing unemployment to skyrocket. According to an online survey conducted by Economictimes.com to determine the impact of COVID-19, 39% of the 3,074 respondents had their wages cut, and 15% were on the verge of losing their jobs, resulting in a massive work shortage.

As a result, one of the most common reasons for abusers "taking out their frustration" on their partners maybe the frustration and confusion generated by such circumstances.

During the lockdown, many people were socially isolated, from the outside world, women were visible and available targets for abuse. The help system established under the Protection of Women from Domestic Violence Act was not recognized as an essential service. As a result, women could not seek help in shelter homes that were meant for safeguarding victims. As a result, not only were the security officers found unable to visit the victim’s homes, even the NGOs could not provide the women in need with any physical assistance.

Therefore, the covid 19 warnings to stay at home have forced many victims to stay with their abusers. The lockdown is motivating the perpetrator to establish control and track the victim’s or sufferer's daily activities.

A significant reason behind maintaining such control by the perpetrator is to prevent the victim from making calls to ask for assistance or any help. Hence, domestic violence is carried out because a motivated perpetrator and a suitable target were in the same room.

One of the most significant factors in the cases of domestic violence is the presence of bystanders. In a situation of lockdown, the immediate neighbors act as the only possible nearby help. Many domestic violence victims who tried to achieve support from the neighbors or called for intervention told how the neighbors were hesitant in providing any physical help due to the fear of catching covid-19 which spreads through human interaction and touch.

Abuse — whether physical, mental or emotional — escalated during the lockdown because women had nowhere to go. They were confined to the house's walls with their tormentors. It is an undeniable fact that some way or the other, these perpetrators find ways to vent their rage on women regularly, and the pandemic has only aggravated the issue further.

The most saddening part is the data which is officially recorded with the authorities is only of the women who dared to report and could manage to contact the concerned authorities to seek help. Several other women are constantly juggling between the changing family dynamics, increased workload, and the cruelty inflicted by their abusers on them. Many are forced to stay silent due to the presence of societal stigma or the mere pressure of their family members.

All partnerships, the interactions between partners and all spouses, should take place in a dominance-free zone. There, agreements and rejections are the guiding principles and distinguishing features of the relationship or marriage.

The upsetting numbers brought forward by numerous surveys and organizations regarding the abuse prevalent during covid-19 point towards nothing else but a harsh reality wherein a place that’s meant to be a haven has now turned into a trapped venue for repetitive episodes of violence and abuse for many.

It is a shadow pandemic that collectively needs to be resolved. And it ultimately requires raising voices against the perpetrators and empowering the victims.