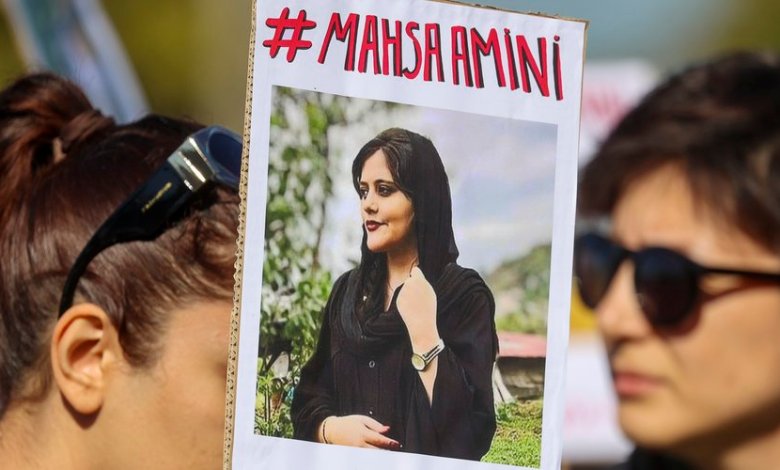 This paper highlights how the tragic death of Masha Amini has sparked immense outrage against women in Iran and around the world, resulting in Iranian women cutting their hair during a protest against the Iranian government for women's rights in the country. Both activists and celebrities have shown their support for the demonstration.

Masha Amini, also known as Jina Amini and Zhina Amini from the northwestern Kurdish city of Saqez, was allegedly executed by Iranian morality police on September 16, 2022, for violating the country's strict Islamic dress code. She was imprisoned in Tehran at a ‘re-education’ center on September 13 for wearing her hijab too loosely, and she passed away in custody three days later. Her death prompted several replies from Iranians, who claimed that government enforcement was responsible for her death. Several public demonstrations in Iran have resulted in a violent crackdown by the government, which has deployed riot police, resulting in arrests, injuries, and at least 17 deaths, according to the state media.

The Iranian government has denied that Amini was beaten, and she claimed to have died of heart failure. However, her family and Iranian protestors accuse the government of covering up her murder, with the family claiming she never had any health problems.

Protests and demonstrations have taken place in major cities across the globe in solidarity with the Iranians who have taken to the streets following Masha Amini's passing. Thousands of people gathered in Trafalgar Square in London to demonstrate their solidarity with the protestors by flying Iranian flags, performing protest songs, and leading shouts against the Iranian dictatorship. Other protests were held in Melbourne, New York, Paris, Rome, Seoul, Zurich, Auckland, Stockholm, and Sydney, with many marching with flags and banners bearing the slogan "Women's life, freedom."

Since the death of Masha Amini, demonstrators in Iran have displayed an outcry for women's rights, with women across the country at the forefront of opposition to the regime's restrictive regulations requiring women to cover their hair with a hijab or headscarf and wear loose clothing.

In addition, police have deployed tear gas, gunfire, and water cannons to disperse protestors in Amini's hometown of Saqez and other cities and villages around the nation. Many women have removed their headscarves and burned them in the streets during the demonstration. The country's supreme leader, Ayatollah Ali Khamenei, has frequently been referred to by chants such as "death to the dictator".

As a result of the Iranian people's fight for their independence, many lives have been lost as a result of the protests. According to the Norway-based Iran Human Rights organization,133 people have lost their lives since the demonstration began. In a show of defiance against the government and support for the protestors, Iranian women have uploaded videos of themselves cutting their hair and burning their hijabs to social media, but internet access has been severely limited by the Iranian government.

According to a journalist from the Persian team of Euronews, "Cutting one's hair is a meaningful form of protest."

“In the history of Iran, when women didn’t have enough power to stand up, they cut their hair”, the journalistcontinues. “It has always been a symbol of rebellion and to start a fight.” The cutting of hair is a sign of protest and mourning that dates back to Ferdowsi's Persian epic Shahnameh, one of the world's longest epic poems, composed around c.977 and 1010 CE. It describes the birth of the universe and the Muslim conquest in the seventh century and is the national epic of Iran, Afghanistan, and Tajikistan. In Shahnameh, hair is a recurring motif that is frequently pulled or cut to symbolise grief or loss.

Moreover, there has been an unusual outpouring of support from notable media figures. Oscar-winning actors Marion Cotillard and Juliette Binoche recorded themselves slicing off sections of their hair in support of Iranian demonstrators. The video of Cotillard, Binoche, and a dozen other women cutting their hair was published on the Instagram account "soutienfemmesiran," which translates to "support women in Iran."

However, many other celebrities have also shown massive support for the Iranian women's rights protests, including Angelina Jolie, who wrote on Instagram, "Respect to the brave, defiant, fearless women of Iran," adding that women "don't need their morals policed, their minds re-educated in Iran."

Bella Hadid, a well-known personality who has been vocal about political matters, particularly her support for the Palestinian community, took to Instagram to demonstrate her support for the Iranian protestors. Her post highlighted parallels between the struggle for women's rights in Iran and countries such as the United States and India. She used a caption penned by Celine Semaan, highlighting the Internet ban in Iran and the patriarchy in the nation.

Additionally, The Bollywood actress Priyanka Chopra also extended her support to the demonstrators by posting her statement on social media. She stated that she was “in awe” of the Iranian women’s “courage” and “purpose”. She wrote, “It is not easy to risk your life, literally, to challenge the patriarchal establishment and fight for your rights”.

The actor emphasised the significance of the movement having a lasting impact. She urged individuals to "hear their plea, comprehend the challenges, and then add our collective voices.”

In conclusion, the death of Masha Amini elicited an outcry among Iranian women, but also exemplified the women's fortitude and tenacity in their fight for freedom and independence during protests by cutting their hair as a statement of defiance against the government. Her death is a great loss to her family and country, but it has revitalised the courage citizens are displaying to eradicate patriarchy in their country and promote women's rights.