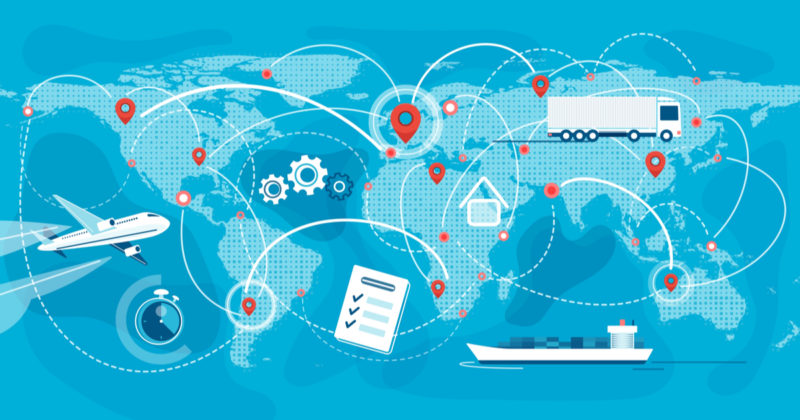 Russia’s unjustified invasion of Ukraine on February 24 has led to a multitude of consequences, the most striking ones being rising fuel prices, the disruption of food supply chains, disruptions in world logistical networks and global inflation on the heels of a pandemic that had already rattled globalised supply chains.

While the imposition of sanctions on Russia threatens to send the Russian economy into a tailspin, the consequences of these sanctions will be felt worldwide.

As countries are disconnecting from the Russian banking system and fiscal transactions are becoming increasingly difficult, the most obvious ramification of sanctions has been the worldwide rise in fuel prices. And the problem is two-fold: Russia is the world's largest exporter of natural gas and the second-largest exporter of crude oil behind Saudi Arabia, while Ukraine is a major transit country for Russian gas. The war between the two nations has limited access to fuel and disrupted the export infrastructure.

However, it is not the only factor, ​​“Before the war between Russia and Ukraine, the world economy was growing to the point where demand in many instances had outpaced supply,” said Sanisha Packirisamy, a Momentum Investments Economist, in an interview for BusinessTech.  “Organisation of the Petroleum Exporting Countries Plus (OPEC+) did not manage to increase oil production to levels that could satisfy the increase in demand.”

But the war in Ukraine is just the latest in a series of conflicts that have impacted rising oil prices, such as the continuing civil war in Yemen. Despite the existing preconditions, the war in Ukraine has undoubtedly been a huge factor in the most recent increase in prices.

Notably, while the US, Canada and Australia have imposed outright bans on Russian oil, the EU remains highly dependent on Russian fossil fuels – the combined exports of oil products from Russia continue running at close to pre-war rates, according to Energy Intelligence.

But it’s not just oil prices that are rising. The war in Ukraine is causing tectonic shifts in the agricultural sector. Russia and Ukraine are amongst the largest producers of agricultural commodities in the world, exporting wheat, maize, rapeseed, sunflower seeds and sunflower oil, while the Russian Federation also stood as the world’s top exporter of nitrogen fertilizers, the second leading supplier of potassium fertilizers and the third-largest exporter of phosphorous fertilizers. Together, Ukraine and Russia are responsible for 30% of the global wheat supply, close to a fifth of corn supply and about 80% of sunflower oil exports.

Many of the countries that are the biggest importers of Ukrainian and Russian produce are already facing the risk of not meeting their food consumption demands. , Yemen, Libya and Lebanon were already on the brink of hunger, and are now seeing a further increase in food prices, whereas countries like countries such as Egypt and Turkey are particularly dependent on the imports of Russian wheat. Turkey imports 70% of its wheat from Russia and 15% from Ukraine, while Egypt traditionally imports 50% and 30% of its wheat from Russia and Ukraine respectively.

Despite the war, the Prime Minister of Ukraine Denys Shmyhal announced on March 13 that plans for the sowing campaign this year are underway, however, there might not be enough produce for export. ​​"Russian troops mine the fields in Ukraine, blow up agricultural machinery, destroy fuel reserves needed for sowing. They blocked our seaports. Why are they doing this? Our state will have enough food. But the lack of exports from Ukraine will hit many nations in the Islamic world, Latin America and other parts of the world. ," said Ukrainian President Volodymyr Zelensky during the Doha Forum 2022 on March 26.

While purchasing grain from Russia has become near impossible as a result of sanctioning of Russian banks, the export of key produce from Ukraine is hampered due to the blockade of Ukrainian ports along the Black Sea coast by the Russian Armed Forces. As a result, much of the logistics has moved to rail freight, which remains less developed and less efficient, transporting only a small portion of what used to be transported by sea freight from Ukraine to Asia, Africa and Europe. The result is a significant rise in the prices of logistics and commodities.

The ban on Russian aircraft in various countries has disrupted air trade. At the beginning of the Russian invasion of Ukraine, the EU blocked all Russian aircraft from entering the EU airspace, as well as Norway, Iceland, the US, the UK, and Canada. In retaliation, Russia has also banned the aircraft of 36 countries from using its air space, including all the EU member countries, British, Canadian and Japanese airlines. As a result, Russia now represents a huge geographic barrier to the free flow of Western airlines around the world travelling to South-East Asia. The time of air travel, and consequently the cost, have risen sharply as a result, especially in light of the rising fuel prices.

Undoubtedly, tectonic shifts in the global supply chains are inevitable as countries all over the world are adjusting to the current circumstances, potentially leading to humanitarian crises and volatile energy and food prices for years to come.