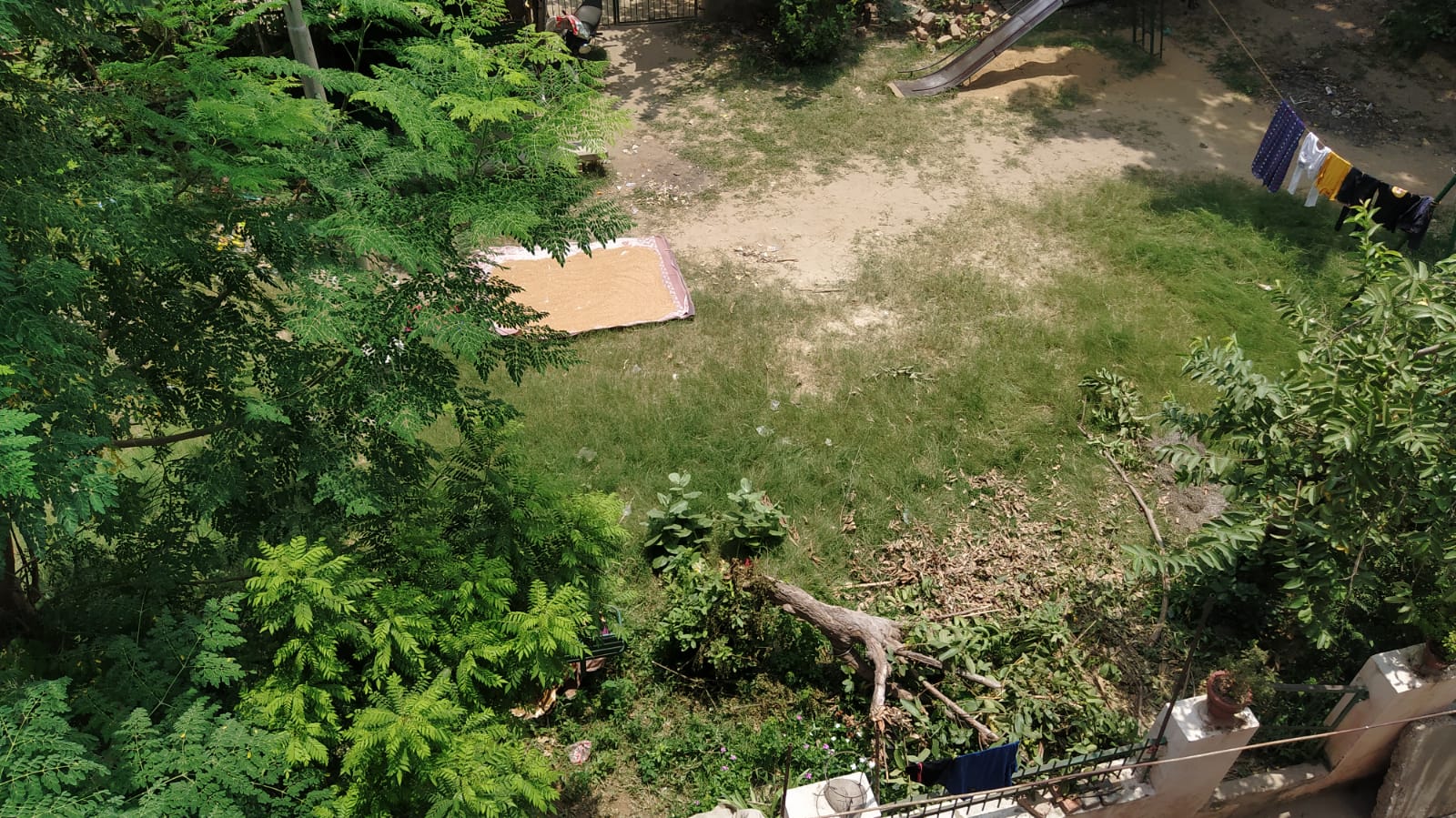 Lucknow, Indiranagar’s community park that was once a playing area for kids has turned into dumping ground and personal lawn. The park was constructed by Lucknow Nagar Nigam in 2004 and reconstrued in 2010 whereas, the maintenance of the park took place in 2015 that was 6 years back. Since then, the area has been left untouched by the authorities.

In 2015, the community park was painted and repaired once, in addition, the swings and benches were added for making the park better for children and society members. In the present scenario, none of the swings is functional and the benches have been damaged and are not in use. Eventually, converting the park into a debris zone.

City’s Nagar Nigam is responsible for the maintenance of the community grounds and parks but with that, it is the fundamental duty of the citizen to maintain and protect it. The parks are in pitiful condition.

Community Park of Sector 19 Turned into the Personal Lawn.

The park was constructed in 2004 with a motive for children to play and for the residents to walk or have common gatherings and functions. However, due to no fence or wall, the community park was not as functional as it should have been.

Later in 2010, it was reconstructed, the walls were built with fences, and the park operated well. But after few years again it went unfunctional and damaged. Again, in 2015 the walls were repainted and maintained. This time swings and benches were added. This was the last time any construction work was carried out by the Nagar Nigam for this park.

According to the residents of the area, it was known that 7 months back few members from the Nagar Nigam cleaned the park. The work by them was not as effective as it should have been done. Some trees had fallen but Nagar Nigan did not pay attention to it.

Due to covid children stay inside and the park remains vacant. Within that period, it is turned into a personal lawn where residents are using the community ground to dry cloth and wheat (shown in the picture). 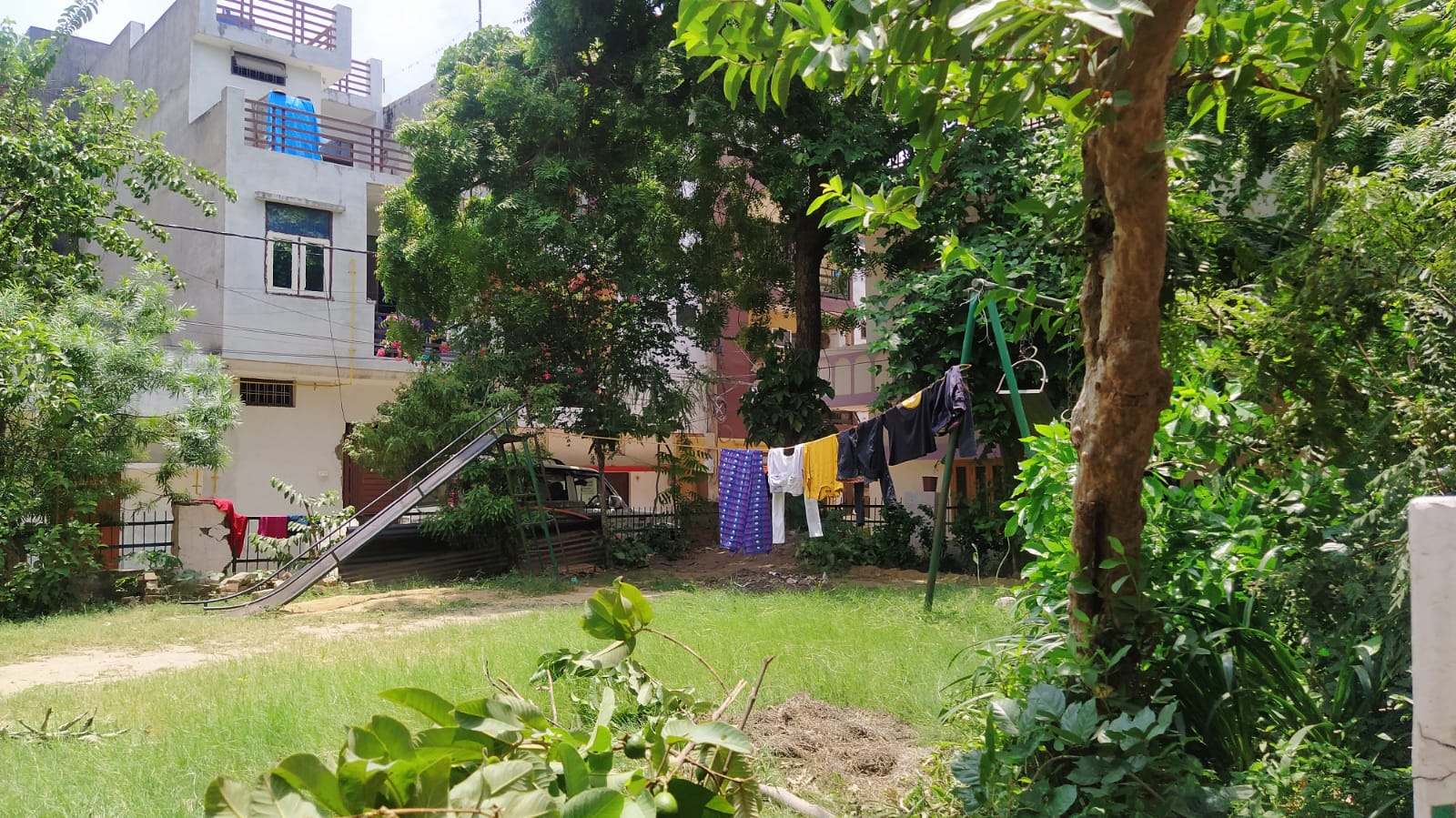 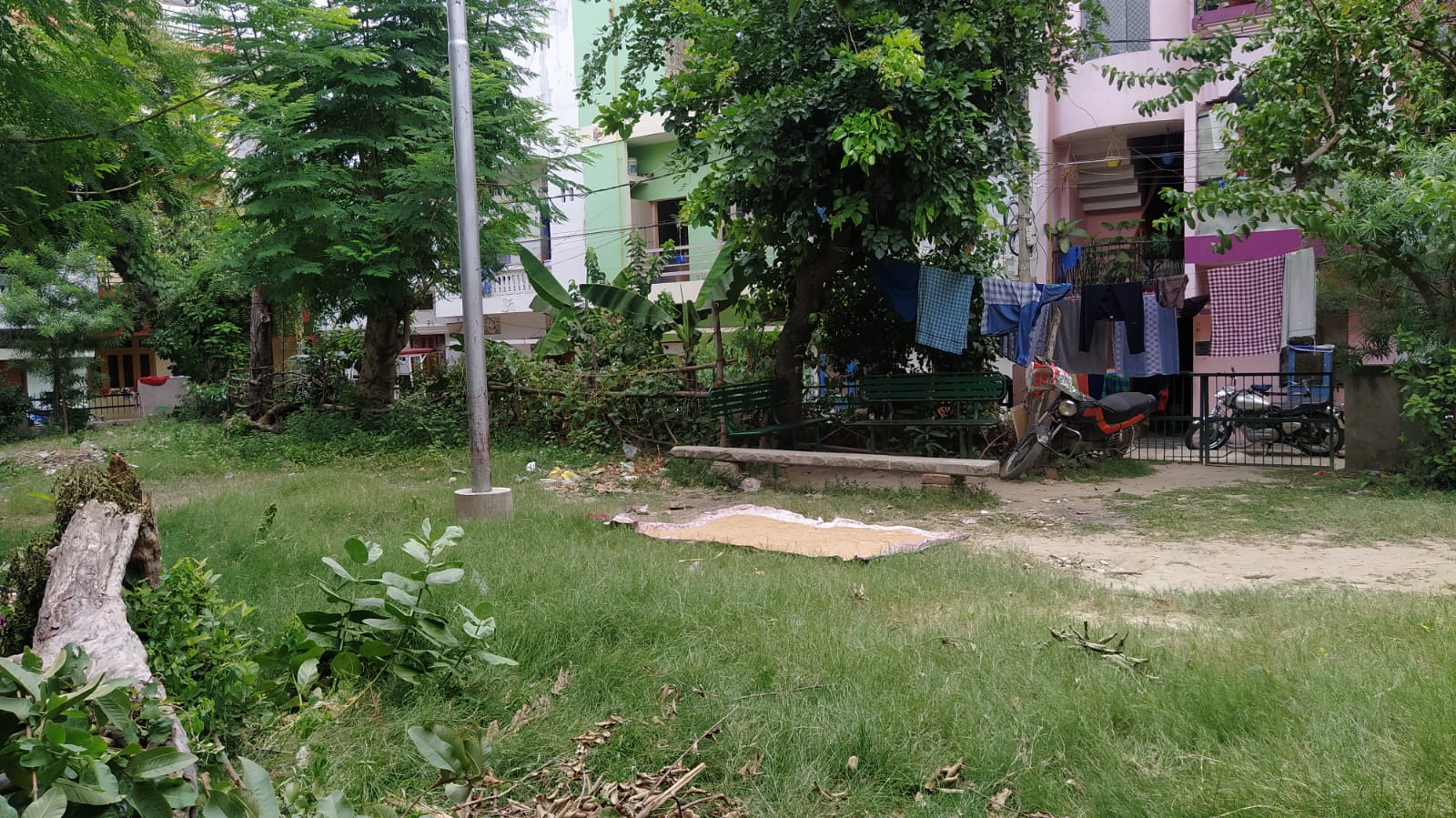 “This is not the first time when someone has used the park in this way, usually when in the evening we come out to play there are some of the other person’s personal belongings like clothes or car is there in the park. We have no place to play” A 10 year or kid Kavish.

Children are not able to use the area that belongs to them due to few residents using it for their personal use. there is no one to speak against the act. 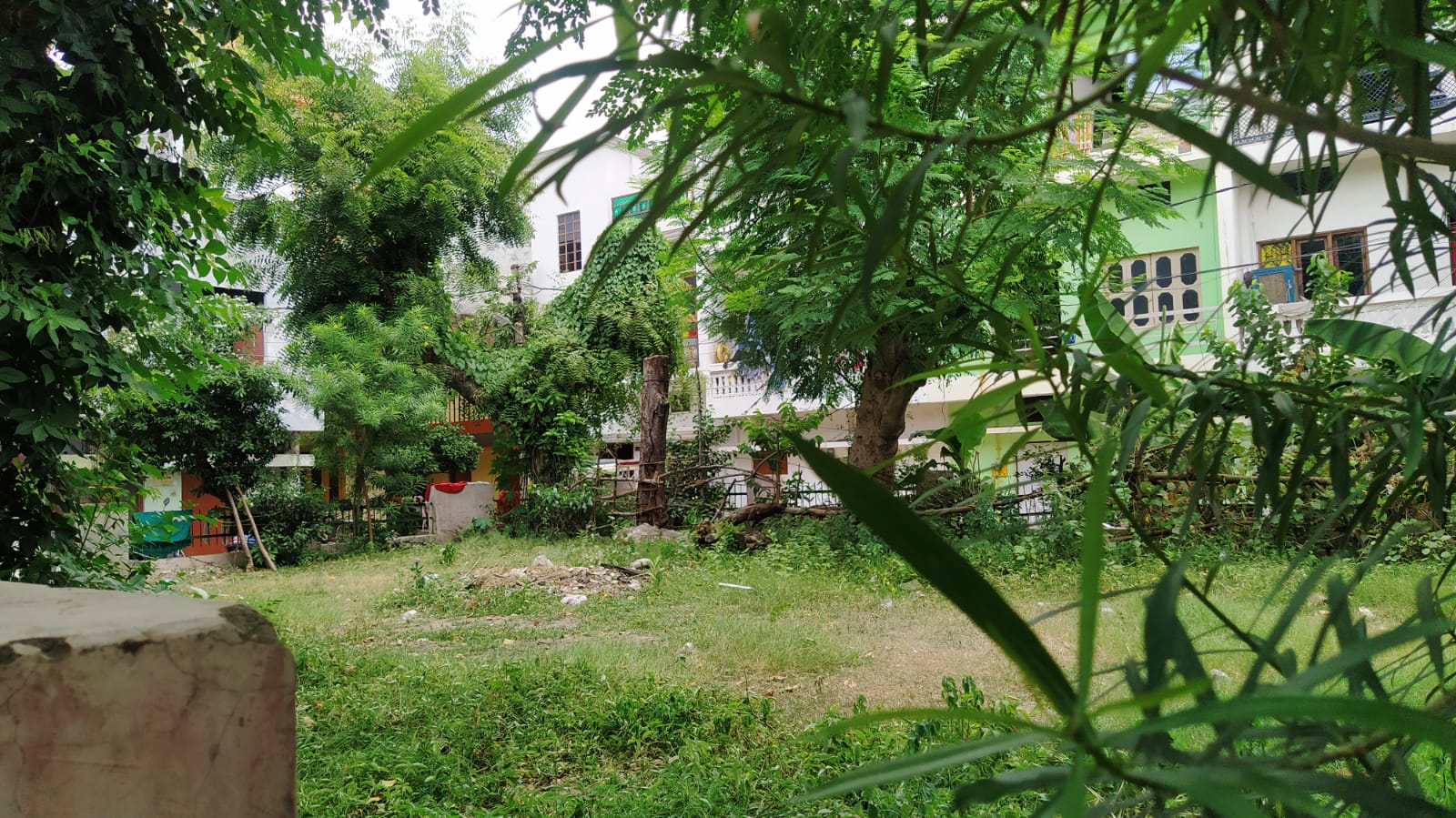 This society has no head or secretary to look after these incidents. Residents are misusing the area provided to them. Further, we came to know that two of the resident Mrs. Usha Vrakshwani and Kanak Shrivastava mostly call workers to clean the park.

“I and my fellow neighbour Kanak used to call workers to clean the park but no one showed confidence in that. We stopped it as it was becoming hard on our pockets to do it on behalf of everyone at the end of the day it’s the local Municipality’s job”.

Swings, gates, and benches are not functional. 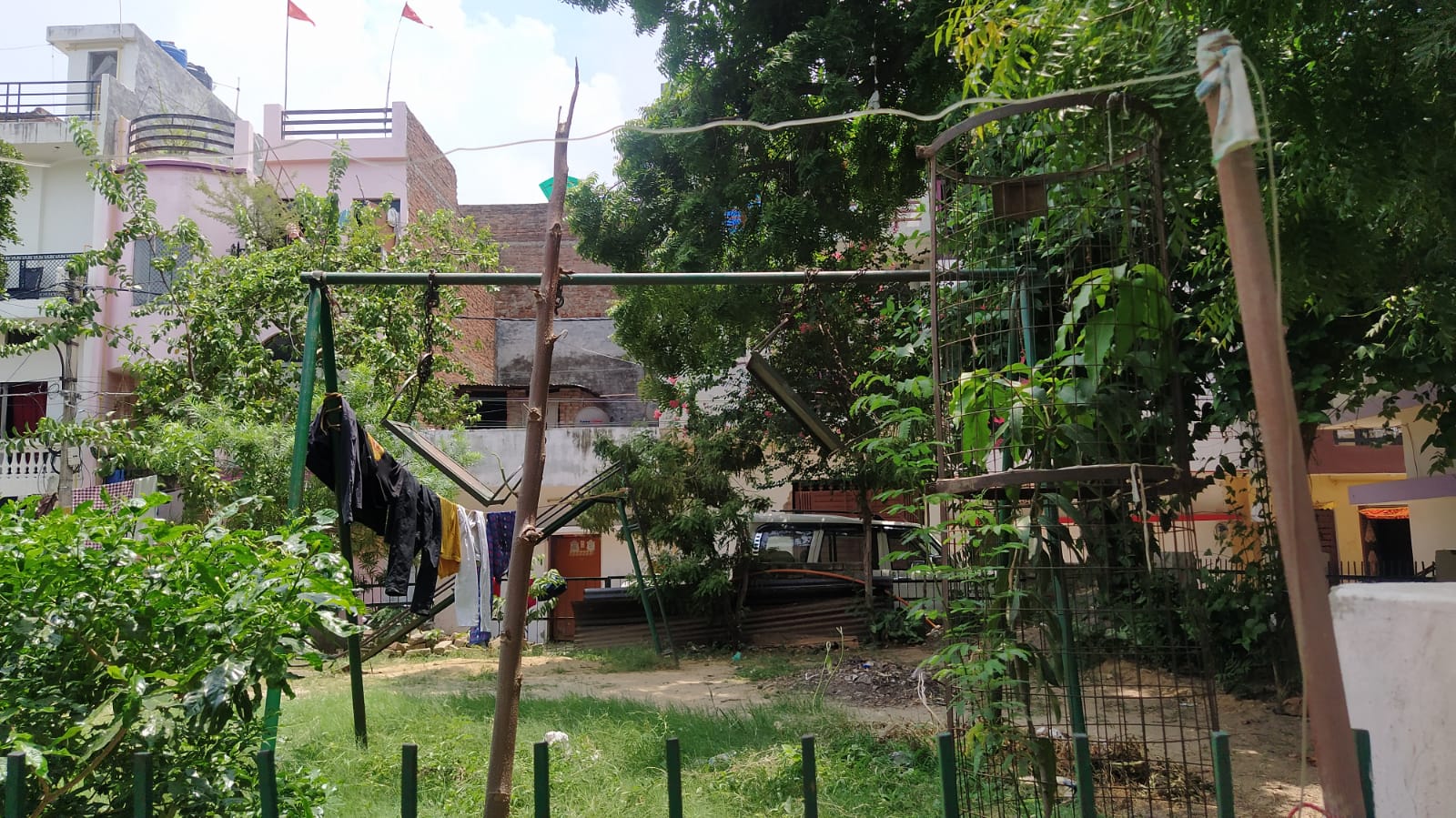 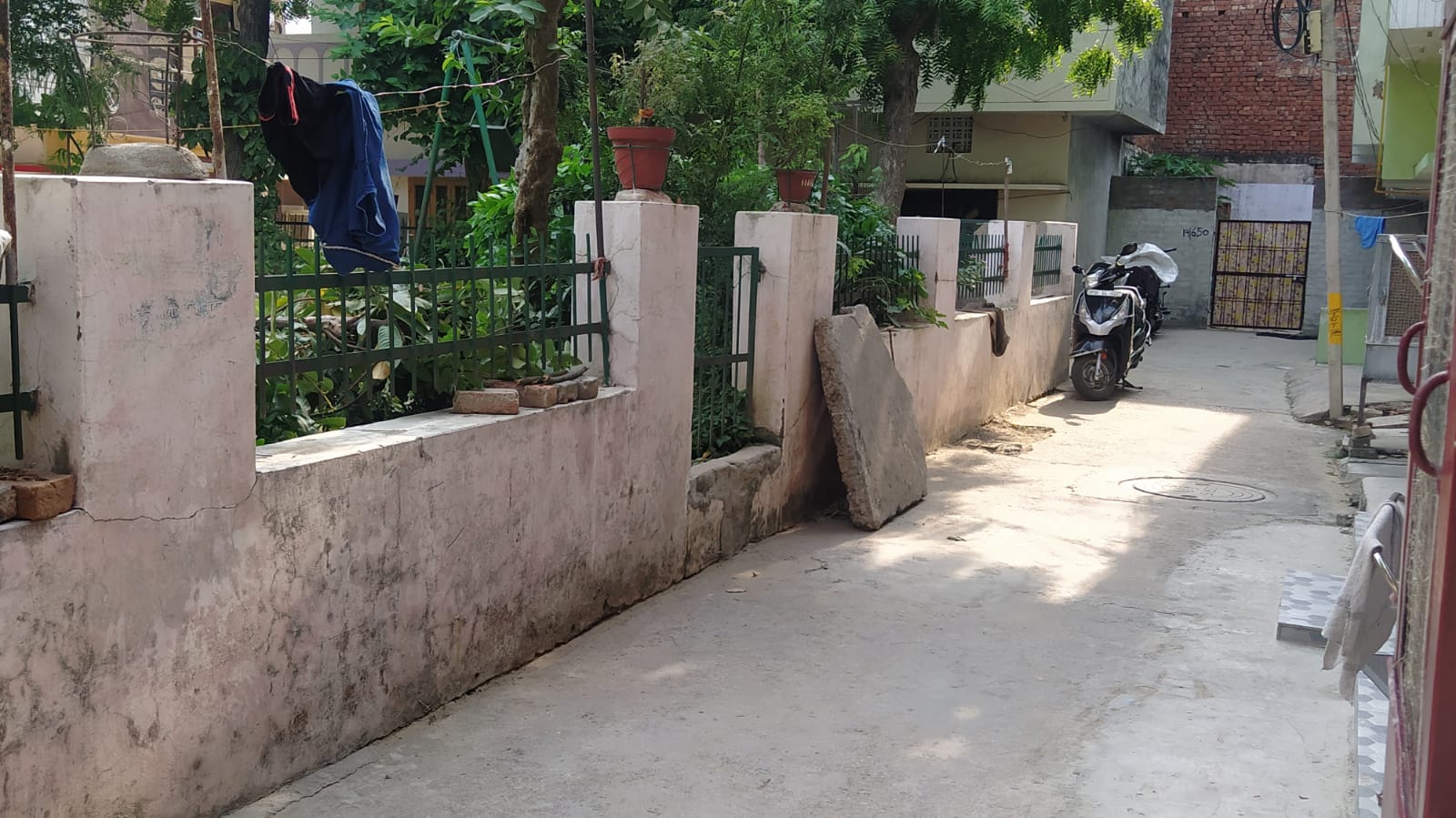 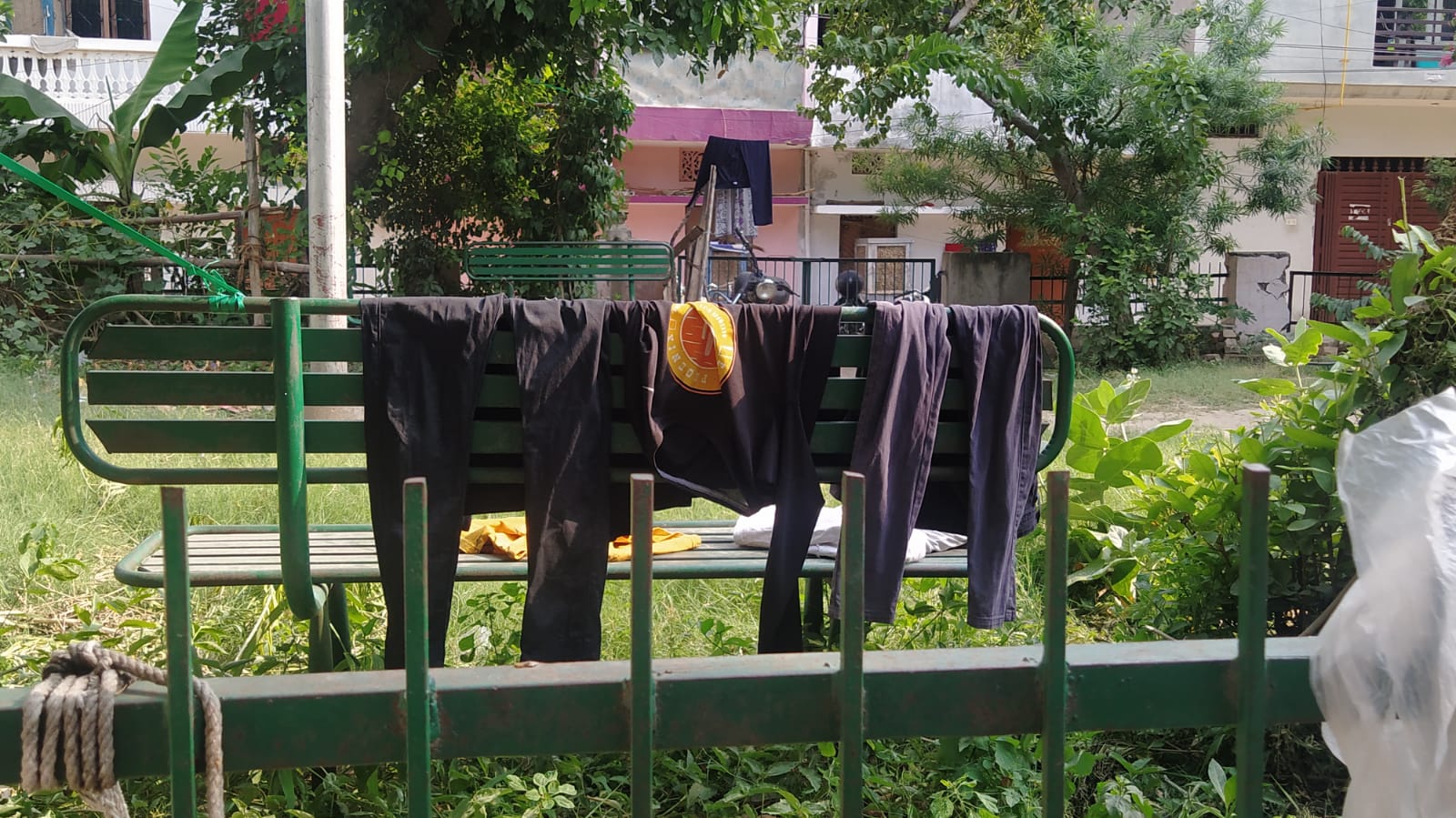 The bench turned into a space for drying clothes

A door that is not operational

The swings have now been broken. Residents say that it has been 4 years since these swings have gone non-functional. The gates are also not in the best condition. Benches in the park are used for air-drying clothes in summers. The paint has ripped off the park. 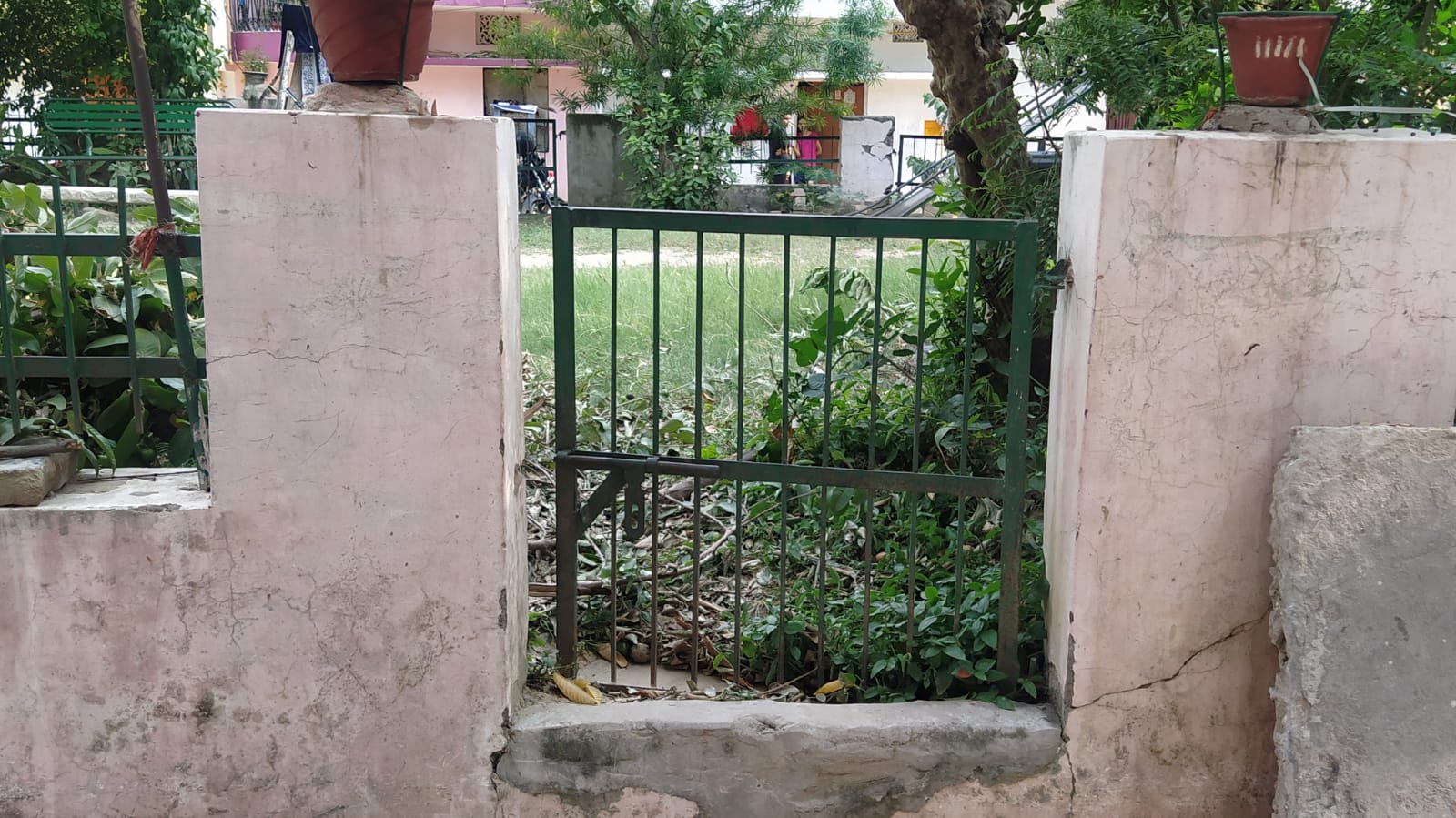 The park has been relegated to a personal space where the residents are drying clothes and wheat, throwing debris and waste. This is merely a single instance of a park at sector 19 Indira Nagar, after looking closely at it most of the parks in Indiranagar are in the same condition. Apart from the municipal corporation’s responsibility, the residents also must maintain the park as it was. The parks belong to children and citizens and not for any personal work.