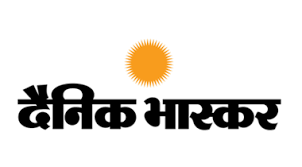 The Income Tax department raided many offices of Dainik Bhaskar. Madhya Pradesh-based Dainik Bhaskar, a daily newspaper company has been raided by the IT department in many of their offices. The investigation is still ongoing.

There is news that this raid has occurred at 5 in the morning and the investigation is continuing yet. The investigation team has accessed and checked the offices in Delhi, Madhya Pradesh, Rajasthan, Gujarat, and Maharashtra.

The crematorium condition was first published by Dainik Bhaskar. Dainik Bhaskar has been a critique, of the government for its COVID second wave management. Many politicians are asking questions about this raid. Digvijay Singh commented, “This is an assault of Journalism by ModiShah.”

In May, it was Dainik Bhaskar covered the floating bodies on Ganga which created a buzz among the politics of UP. This was executed through hard work and planning.

These out-of-the-blue raids have left many shocked. Rajya Sabha was adjourned yesterday as the opposition raised slogans against the raid on Dainik Bhaskar. Opposition questioned the government that why is it attacking freedom of speech of journalists.