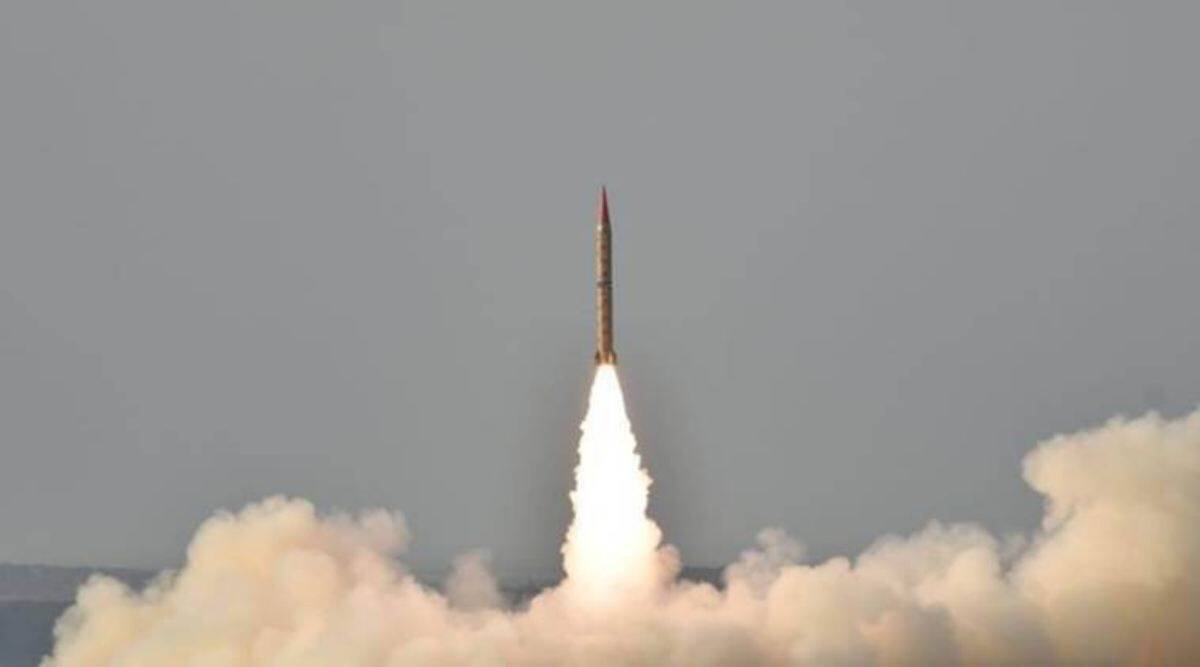 On the evening of March 9, 2022, a Pakistani publication reported on a private plane crash. The aircraft used for training is said to have crashed into cold storage in the village of Mian Channu in the Khanewal district of Pakistan. The pilot is said to have evacuated and is presumed to be alive.

According to the Pakistan mainstream press, the lack of a human presence at the time of the accident means that no one was harmed or lost their life. Shortly after this incident, the army closed off the area and evacuated those nearby. Doubts have been raised about this phenomenon, as ejection seats and jet engines are rare in private single-seat aircraft.

Two days later, Pakistan's director-general of inter-services public relations, Major General Babar Iftikhar, issued a statement saying: "A high-speed flying object, most likely a missile from India, flying at an altitude of 40,000 feet, traveled more than 250 kilometers and collided with Pakistani territory on March 9, 2022, around 6:43 p.m. He defined the missile's warhead as "an unarmed weapon that harms civilian homes."

Pakistan has reported that no human lives were lost or injured as a result of the accident. The Pakistan Air Force said the missile was continuously tracked and monitored as it flew at Mach 2.8 from India and that the travel route was being traced from the point of origin near Sirsa in India to the landing site near Mian Channu in Pakistan.

There were also various allegations that the Pakistani air defense system fired and destroyed the Indian flying element, while General Babar announced that the missile fell by itself and was not shot or destroyed.

Both India and Pakistan have taken the time to review each other's air defense systems to ensure that they are responding quickly to enemy threats. Prior to the airstrike/air attack in Balakot in February 2019, the Indian Air Force conducted several combat air patrols along the Line of Control to confuse Pakistan's air defense systems. The CAP contact operations were intended to check the response time of the Pakistan Air Defense.

Social media was filled with speculation. Was the Missile Launching Incident one of these attempts?

India took a little time to express and show its regret over the accidental landing of the missile in Pakistan due to a technical malfunction. The "event" was taken seriously by the Indian government, which called for a court investigation. The missile that failed was not classified, and the Indian authorities did not say what the missile was intended for. According to some media sources, the missile was a front-line supersonic cruise missile.

According to unconfirmed information from India, the "missile" was in fact a modified version of the ISRO missile (GSLV MKIII-MI) accidentally sent to Sirsa. India's Defense Ministry has fully confirmed that it was not a "missile launch" but a "high-speed flying object," confirmed by Pakistan's director-general of inter-services public relations, Major General Babar Iftikhar, at a news conference.

Unofficial reports have also circulated that while the "flying object" did have strategic and operational nuclear warheads attached, the activation code could not be located during testing, and no "self-destruct code" was available because it had been locked up for safe storage.

The Pakistani intelligence service has criticized India for having hesitated two days before acknowledging the missile accident. According to Pakistan's Air Vice-Marshall Tariq Zia, the Indian projectile's supersonic speed and altitude of 40,000 feet could have destroyed the lives of people on commercial planes flying between 35,000 and 42,000 feet.

The recent incident has caused major instability within Pakistan's military system, as the air force and navy want civilian officials and bureaucrats to be in charge of the nation's defense.

Preliminary reports show that the massive shake-up in Pakistan's air force facilities is blamed on their inefficiencies.

Following the event, Pakistan's senior air defense commander was fired, according to a news channel based in Qatar. We appreciate the Vice Chief of the Pakistan Air Force and the air marshal's dedicated service and have requested that they resign with immediate effect.

Concerned that the missile accident was part of a broader conspiracy by India and that EW and communications resources may have been compromised, Pakistan has launched an urgent review and modification of the RF frequency of all active and passive radar transmitters.

After citing the fictitious "flying object," the PAK Air Defense Operations Center began operating at full capacity, halting all military and civilian flights for about six hours to clear the airspace.

Since most of the strike aircraft remained on the runway until 13:00 on March 14, 2022, forward bases were on high alert. This was considered a necessary "purely defensive measure" in the event of an "accidental" Indian missile launch, normal maintenance, and eventual "landing" near Mian Channu.

Pakistan's director-general of inter-services public relations, Major General Babar Iftikhar, said he has been able to monitor the missile since its launch. However, the actual flight path of the missile and the flight path reported by Pakistan is different.

The missile could travel for four minutes and 124 kilometers within Pakistan before crashing, indicating that it was neither tracked nor stopped.

Unless the target is GHQ, Pakistan's defense establishment believes that missile defenses would be counterproductive.

Can Pakistan's cash-strapped government even afford to test-fire the LY-80 air defense missiles, which cost a staggering $6.27 million each?

Is the uncomfortable stillness that follows the not-so-accidental missile launch a foreshadowing of a massive cover-up by both sides?

With Pakistan's press conference and India's remarks, the situation may have come to an end. The accidental occurrence may be a convenient fact for all parties to accept. The Pakistan Army stated that the missile crash site was a cold storage facility.

However, a closer look at the debris reveals that the structure was a workshop or warehouse equipped with a motor and a milling machine. The Pakistani army blocked the area for two days to cover up something from the public and the rest of the world.

Pakistan said that the missile lacked a warhead. Pictures and footage of the crash site show that the building was destroyed and collapsed, with the walls smashed. Warhead blasts may only cause broad damage.

The hole left by the missile does not appear to be very deep. Did the warhead explode in the air?

If the Mian Channu warehouse had not been the target, India's supersonic missile may have exploded without causing as much damage.

Doesn't the damage plainly prove that the missile targeted the pre-designated target?

India's current military strategy is one of fighting back aggressively, as seen by the surgical and airstrikes. We chose to strike the target without regard to civilian casualties, as it was the only uninhibited property we could find.

Is Pakistan hiding anything behind the "accidental fire allegation" in order to avoid disclosing a high-value target?