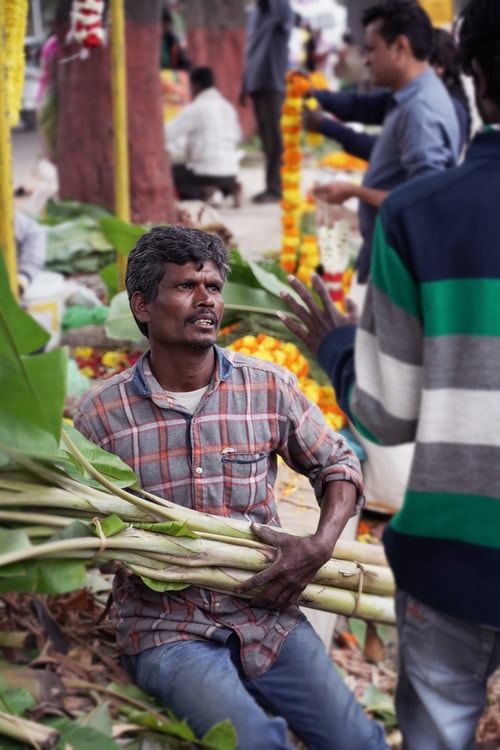 With the election vibes taking over, we are again witnessing a phenomena we are not really unaware of, yet the one which almost always manages to entice us. Ahead of the polls, all the political parties are offering us humongous employment goals, the recent one being BJP’s manifesto aiming at providing a job to at least one member per family. This genre of party manifestos with soaring aspirations are a usual sight, especially for the youth, in every election. But let us have a look of how practical these promises have been and where does India stand in providing employment to the working age population, of which we have no dearth.

Not much time has passed since we saw the hashtag #modi­_rojgar_do trending on twitter. It is these sorts of incidents, whose frequency has certainly increased in our country, that bear testimony to the disappointment of the youth regarding jobs as well as the transparency required for conducting free and fair recruitment drives. A look at the data provided by CMIE suggests that this increase in unemployment is not sudden, rather it has been steady and is a result of a series of mismanagement of human resource on our part. The data shows that in the year 2017-18, 407.3 million people were employed, which decreased to 400 million people in the year 2018-19. Then in 2019-20, 403.5 million Indians were able to get employment which again dropped to 400 million in January 2021. These numbers make one thing apparent. The economy of our country was already receding steadily and the COVID pandemic has only been an add on factor, not the root cause because the consumption in the economy was hitting a lower mark much before the pandemic.

The visible contraction in the number of Indians employed started after demonetization, which many economists and businessmen considered as unplanned on the part of the government. After a short span of time GST came into effect. Both of these moves have received an equal amount of applause as well as criticism but the crucial question that remains unanswered is whether the Indian economy was ready for such major changes.

It is a known fact that India has the highest working age population in the world but whether this workforce proves beneficial or not depends on the farsightedness of those currently in power. It is really the need of the hour that we take steps to provide this workforce with some skill set, otherwise in the coming years this same population which is now a resource may become a burden. We see that political parties never forget to mention the level of employment they are aiming at, but apparently none of them has the answer to the question that how would people get jobs when they do not have skills required for it.

The problem of unemployment in India can also be attributed to the education system, which needs major reforms in order to be compatible with the demands of the market. The current education system focuses only on the academic development of a student, but we know that not all humans are supposed to be high on the academic scale. However, this exclusive focus on academics neglects the other crucial skills of the students that could possibly have been harnessed for employment, if developed and polished properly. Hence, due to this neglect, we see that the only a small fraction of the students, who have completed their education, are eligible for employment. Also, there is a high rate of gender disparity in India when it comes to jobs and this certainly has played a major role in raising the unemployment graphs.

There is one characteristic mentality trait peculiar to the Indian youth and that is that most of them aspire to be government employees. This mentality has developed over time and the reason for it being that government jobs provide high financial security. If the private sector would also provide the same then this trend may dwindle. Also, a huge chunk of positions in the public sector are vacant and if both, the state and the central governments, put effort in filling them up, that too with a  transparent and fair selection procedure then it would aid, to some extent, in solving this issue.

The long term solution for India’s major problem of rising unemployment can be producing a youth equipped with skills, which would require substantial changes in the education system. Secondly, we must not forget that we have an advantage over others when it comes to agriculture. India must utilize this potential for further growth. There is also a need for immediate solutions because many Indians have lost their means of livelihood and need help to get their life back on track. The initiatives of the government like launching ‘Atmanirbhar Bharat’ and the ‘ Vocal for Local’ initiative and the relief packages have no doubt been of great help but more needs to be done. The government needs to support start ups and small businesses. There must be an urgent drive taken up to fill the vaccant positions in both the public and private sectors. And lastly, the fact that a large portion of our population earned its livelihood through unorganized sector must not be ignored, as the unorganized sector is also in a dire need of support.

What needs to be done is, instead of making hollow promises, people in power must work for the solution and enquire the initial reasons instead of playing a blame game and if put in Gregory Robert’s way then the politicians must stop promising us bridges when there is no river. And it is also the collective responsibility of the citizenry to carefully choose what issues are relevant to their and their country’s well being and then make decisions.

Photo by Sharon McCutcheon on Unsplash

True portrayal of reality of our country. What an article!!

Using Waskoms is my Dance