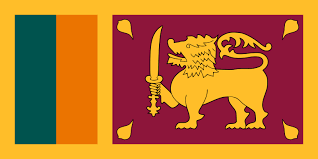 Earlier on August 30th last year, Sri Lanka declared a national financial emergency after a steep fall in the value of the country’s currency which caused a food crisis.

Sri Lanka's consumer prices increased to a record 14 percent in December, surpassing a previous high of 11.1 from November, official figures were disclosed on Saturday as the food and fuel crisis worsened.

Inflation is commonly defined as a persistent increase in the general price level over a long period. It is one of the most researched topics in economics.

It is a key macroeconomic variable that has serious implications on growth and income distribution.

High levels of inflation can cause a series of adverse impacts on the standard of living of people. It also affects the proper functioning of economic activities, leading to low levels of economic growth and development. High inflation can also bring about negative social and political consequences.

Controlling inflation or achieving price stability has been regarded as an important objective of Sri Lanka's overall economic policy since independence.

When reviewing the past experiences of inflation during the post-independence period of the country, it is clear that the rate of inflation has been subjected to fluctuations due to changes in both domestic and international factors.

Particularly during the post-liberation period, the rate of inflation, as measured by the Colombo Consumers’ Price Index (CCPI), has remained high and volatile and thus has emerged as a major problem within the economy.

Controlling inflation first requires the reasons to be understood clearly. Let us highlight the main reasons behind the high inflation in the island country.

1.     Garments and textile: the apparel and textile industry mainly exports to the united states and Europe. When the pandemic hit all countries took back on their international exports as the packages could act as carriers making Sri Lanka's revenue production difficult.

2.     Tourism: tourism is the biggest industry in Sri Lanka and due to lockdowns and flight cancellations, the revenue that comes from tourism has also been reduced.

3.     Agriculture: the government recently decided to shift completely to organic farming. This came at the wrong time as it threatened crop crash and poor produce at a time when there is already a crisis. Sri Lanka's effort to become the first fully organic farming country has threatened both the rice and tea industry. Tea plantation owners fear that crops could fail further adding to the crisis. Master tea maker, Herman Gunaratne, one of the 46 experts picked by the president for organic farming has said that:” the consequences for the country are unimaginable.”

4.     Fertilizers and pesticides: these products and other key imports including vehicles and spare parts have been stopped by the government as there is foreign currency shortages.

These include the major reasons for the inflation.

In recent weeks, the daily essentials’ prices have skyrocketed due to the falling local crisis and high global market price. The country’s reserve has run out of foreign exchange which is extremely important as most of their food ad essentials are imported.

It is estimated that foreign currency reserves will completely deplete in 2022 and the country will need to take a loan of USD 437 million to repay the debts.

After the official announcement of the crisis, the military was asked to regulate the prices of rice and essential items.

The world bank estimates that around 500,000 people have fallen below the poverty line since the beginning of the pandemic.

The world bank has asked the country to follow the below points to increase their economic position:

· People living in rural areas to be provided with non-farming opportunities as they are a potentially productive source of livelihood.

· create jobs that will help improve the quality of jobs.

Thus economic crisis that is deepening by the hour has made people fend for mere essentials making the lives of the middle class difficult as the prices keep on increasing.