Is religion conversion a big issue in India? 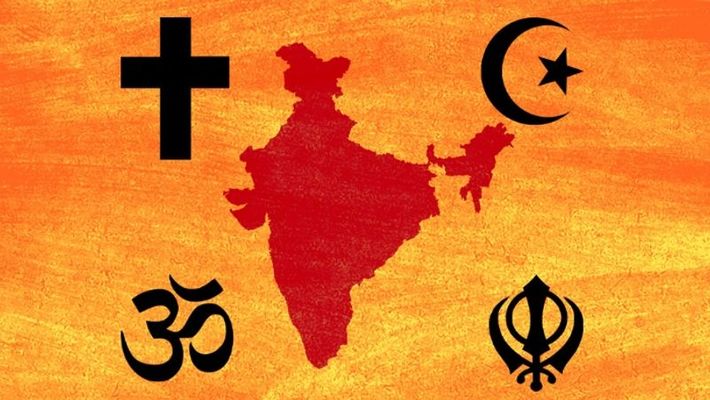 According to our media, forcing somebody to change their religion is one of the main problems in our country. There are many problems like unemployment, economic crisis, climate change, but according to our media and political leader, the problem of religious conversion has eclipsed all of it. If we talk about data and facts on religious conversion, we can find the reality of this problem. According to the survey, 85% of people in India think that to be a true Hindu, a true Muslim, a true Sikh, a true Christian, it is important to respect other religions. It is a good thing that most people in the country believe in tolerance and respect. So, the question arises why there is so much ruckus in the country in the name of religions?

In my opinion, people who do not believe in tolerance and respect are more visible on social media. They are loudly saying their opinions and our media loves to highlight them. Our politicians also highlight them for publicity which creates tension between religions.

There are heart touching stories in the past as well where Hindus are helping Muslims, Muslims is helping Sikhs, Sikhs are helping Christians. It is the overall environment of unity. The news channel would not highlight that, for example when the riots happened in Delhi there are several cases where Hindus are helping Muslim families from the rioters and there is also an opposite case where Hindus are saved by Muslim neighbours. Unfortunately, our media is not showing this. They report the violence, conflict, and hatred, and such news always plays with our insecurities. But we can't say everything is good in those religions because in a report 70% Hindus and 80% Muslims don't want intermarriages between them. This is the reason that the news of mass conversion and religious conversion spread very fast in our country because on one hand the majority of people in the country respect other religions, on the other hand, the majority of people in the country still have fear if they marry in another religion, that is not good for their religion. It would be a lot of problems. These problems are their insecurities and fears.

Pew research organization published a survey report. This organization conducted a large-scale survey in India on the issue of the cast and national identity, it was a detailed survey with interesting findings. I would like to force only a religious conversion in the research that finds that religious conversion is a very rare thing in India. The report says that 0.7% of people who were Hindu in their childhood have changed their religion while growing up and 0.8% of people who were some other religions have to change it in Hinduism, it is the same for Muslims 0.3% people who followed Islam initially have now left Islam, but 0.3% people who were from other religion adopted Islam, same with Sikh and Buddhist, Christianity has a small expectation because 0.1% of people left Christianity and 0.4% of people adopted Christianity. So, this big conspiracy of religious conversion that is often called love Jihad is failed on ground levels.

There is a small incident where we see forceful religious conversion mostly, they were individual cases and, in my opinion, that goes against our constitution because right is granted to all person so they can follow which religion they want is their personal choice no can force them to follow any particular religion. If someone is forcing somebody to change their religion, there are several IPC sections in our law. So, no one can force anybody if they do, they have to face consequences for their crime.

Divided India: In the name of God, religion and ethnicity.