Is Space Going To Turn Into War Zone? 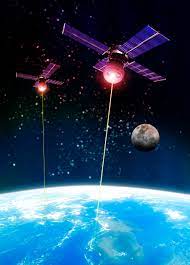 The future is in a dire state says many experts. Space wars are not be limited to games like wing commander and pulp science fiction stories like star wars and star trek that we enjoyed a lot. Soon popular reel fiction will become the real story of inhabitants of the earth. Many developed or technologically advanced countries would create friction in the world for supremacy in power. This friction ensues the life of a person become pointless. Disaster will be at its extreme level that is unforeseeable.

For past decades China immensely expanding its space capabilities. In 2016,  the country had launched a robotic spacecraft with a moving arm named Aolong-1. It is known to work as the removal of space debris. But many experts have found that it is a way of militarizing space. They found that the so-called satellite would work as a space weapon in times of wartime. China has showcased its space power in 2007. They test-launched a ballistic missile, the SC-9 that is a ground-space system. The ballistic missile was launched from the ground and shot down its satellite in orbit. The test was a success and making other nations pressured. Like China, Russia is also heavily inventing the anti-satellites to stepping up the space force in their way. Last year, it had detected that a Russian satellite, Cosmos 2543 has conducted an on-orbit weapon test. From the cold war, Russia and U.S. had always competed for each other to have a superior space race. The Russian satellites are close to other nations' space assets. Both the countries are highly invested to broadened their space capabilities in ground-based and anti-satellite missiles as well as on-orbit, electronic warfare, and directed energy weapons.

In 2019 India also shot down a satellite using his ASAT missile Mission Shakti. Thus, making it the fourth nation in warfare nations after China, U.S., and Russia. Right now, the U.S. attained the most space power but still showing concern about the power expansion of these two countries up there. Last year through an online presentation of the Air Force Association Air, Space, and Cyber Conference, the U.S. Space Force chief, General John Raymond warned about the future. He said that if they don’t attain enough space power then they can't have victory or even compete in a modern conflict. U.S. had already set up a U.S. Space Command and also Space Force to combat the problems of Outerspace. Russia also established the Russian Aerospace Forces while the Indian government made Defense Space agency in 2019. In terms of satellites, both China and Russia have 412 and 176 satellites, and the U.S had 1,897 satellites.

Space is always an object of exploration and fascination. From the 1960s, space enthusiasts try to decode the mystery of how it has formed? We did achieve some milestones like setting foot on Moon or bringing back sand from Mars. Artificial satellites are one of the most important innovations for today’s society. Things we do like checking the forecast, using Google Maps to go places, sending e-mails, or even making phone calls. Those wireless gadgets work through signals. Those signals come from satellites. Even our military uses satellites for surveillance, information, security, etc. We can not fathom this domain to some evil sorcerers who only want to take control of the world.

The Outer Space Treaty of 1967 is a law that bans the military activity of any country, like installing nuclear weapons in space, or prohibits making military bases there or testing of weapons. But the law is still hazed about using conventional weaponry like a kinetic bombardment. Space has always use for exploration and peaceful purposes only. The loophole in the treaty is now excessively used by the country.

A Defense Intelligence Agency (DIA) has reported that both China and Russia are developing applications to jamming the target’s satellite sensors which did not destroy the satellite but temporarily shut down the system that hinders the communications of many devices. The agency also found that the Iranian government had also inventing GPS jammers and cyber-attack capabilities to bring down U.S satellites. There is no record of space war of any type till now. Space warfare is not limited to satellites attacking a satellite. But it expands into satellite attacking targets on earth and earth attacking satellites. Even the Space system is highly prone to cyber-attacks. The U.S clearly stated that they wanted space to be a place for peaceful exploration. But if any country has even tried to threaten or create any hindrance in their path, then they will not back down from a fight.  Both countries China and Russia were the first to publish their military agenda and doctrine regarding establishing counter-space weapons that make menaces to other nation's space assets.

Many private companies like Elon Musk's SpaceX, Jeff Bezos's Blue Origin, etc., had launched new space programs with visions of space colonies and large-scale resource extraction that will create human history. But the growing production of anti-satellites and weapons may seize many opportunities of findings and lead to nuclear war instead. We need urgent international negotiations and treaties to sign for controlling the use of space arms.