Is the green passport green for only the Global North? 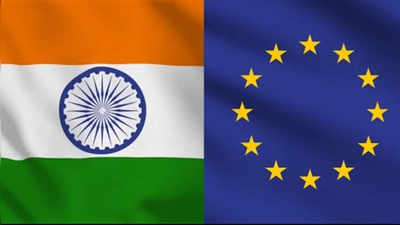 July 1st, 2021 came with positive news for travelers as the EU decided to issue a digital COVID certificate allowing free mobility between countries in the European Union. The certificate provides proof of vaccination and thereby marking the recipient safe from COVID.

However, a problem arose with the vaccines authorized by the European Medicines Agency. They are vaccines manufactured in the Global North, namely- Comirnaty (BioNTech/Pfizer), Spikevax (Moderna), Vaxzevria (AstraZeneca), Janssen (Johnson & Johnson).

All other vaccines like the Indian version of AstraZeneca, Covishield, and the Russian vaccine Sputnik have not been included in the list.

This authorization of green passports in the EU has left the fate of many fully vaccinated travelers from India and Africa uncertain. What's more bizarre is the fact that the Indian manufactured vaccine has already been approved by the World Health Organization. Moreover, the biological formula for the AstraZeneca jab used in the EU and India is identical.

India already has nearly administered 300 million doses of Covishield successfully. A multi-agency Covax program involving many developed nations which aimed to serve the 'less developed' countries in the global south countries managed to collect a sum of merely 30 million jabs post which they faced supply issues leading to restrictions. It is to be kept in mind that India is not the only non-western country manufacturing AstraZeneca vaccines. The exclusion from green passports can also exclude travelers from other countries that make local versions of the AstraZeneca vaccine, such as South Korea.

To put forth its perspective, the European Medicine Agency (EMA) stated that the exclusion results from Covishield's lack of permit to be marketed in the EU. However, it must be noted that Covishield has focused on the population from the Global South from the very beginning. Subsequently, it has supplied jabs in India and other countries unable to obtain the other, more expensive, and hard-to-store shots, manufactured in western countries while these very countries were hoarding vaccine supplies from the manufacturers the EMA has authorized. Moreover, the passport aims to certify the travelers' safety from the virus which ideally should be on the same level as the European version of AstraZeneca.

In defense of the EMA, Covishield is biologically identical, but the Indian-manufactured version of AstraZeneca shot must supply its efficacy data, and crucially, apply for its authorization with the relevant authorities. The Serum Institute has not published the complete trial results yet.

It must be noted however that not all European countries have disallowed Covishield. Key members of the EU including Germany and the Netherlands and non-EU states such as Switzerland and Iceland, currently recognize Covishield for proof of Covid-19 vaccination for travel.

As of now EU members Austria, Estonia, Germany, Greece, Ireland, Slovenia and Spain, and Iceland and Switzerland which aren't in the bloc but are part of the Schengen visa regime, recognize Covishield for Covid-19 vaccination for travelers.

This acceptance in no way comes with eased travel restrictions as travel between India and Europe remains highly restricted. Out of the 10 countries that have authorized Covershield, India has an air bubble arrangement only with Germany, which subsequently came out as a major transit destination for Indian nationals traveling to Europe. Countries such as Switzerland, have been accepting visa type D applications from fully vaccinated people who have been vaccinated with doses of vaccines approved by the World Health Organization (WHO) or EU or their national authority.

Estonia has put out a statement that it recognizes both Covishield and Covaxin for Indian travelers but travel between the two countries remains highly restricted. A statement issued by the Netherlands government listed Covishield among eight approved vaccines. However, Dutch authorities have listed India among countries and areas considered “very high-risk areas where there is a virus variant of concern”.

Some of these countries, such as Switzerland, are accepting visa applications from fully vaccinated people who have been inoculated with doses approved by the World Health Organization (WHO) or EU or their national authority. However, India is still on the list of high-risk countries due to a worrying variant along with other countries such as the UK and Brazil.

Several have commented on this issue of travel restrictions. External affairs minister S Jaishankar had reportedly taken up the issue of approval of the Covishield jab for travel to Europe during a meeting on Tuesday with Josep Borell (representative for foreign affairs and security policy for the European Union ).

However, the question must be asked on the differential treatment of WHO-approved vaccines by such passports in the developed countries, more importantly, the Global North.

It can be related to an individual's right to free movement as it will depend on their choice as well as the availability of vaccines in their country. Moreover, the creation of vaccine passports will put individuals as well businesses in the developing world at a great disadvantage in the international market as the supplies of the approved vaccines are located mainly in the Global North, which has been buying more vaccines than needed by their small population. In such a case, one can remember Indian Health Minister Harsh Vardhan's strong objections against the concept of Vaccine passports during the G7 meeting in June.

New Delhi has raised repeated objections against the EU’s discriminatory COVID certificate policy. Similar objections have been raised by other developing countries. EU’s policy on granting COVID certificates has been strongly criticized by African nations as well as by medical associations.

Granting authorization to European and North American vaccines would greatly lead to discrimination against the developing world and the Global South. The reduction of destruction caused by the pandemic requires united effort on a global front. However, the struggle of the countries in the Global South is different from the one in developed countries. It is made worse by moves such as vaccine hoarding and patent protection.

The countries in the Global South are struggling with low access to vaccines, but they have to deal with the discriminatory practices of the developed world concerning free movement and vaccine visas affecting their economies and mobility. It is to be noted that the “current applicability guidelines put at risk the equitable treatment of persons having received their vaccines in countries profiting from the EU-supported COVAX Facility, including the majority of the African Union (AU) member States.” What is more interesting is that, as per the Africa CDC statement, “Covishield vaccine has been the backbone of the EU-supported COVAX contributions to the AU Member States’ vaccination programs.”

As Covishield has been recognized by individual European countries, it can be seen as a small victory for Indian diplomacy and a boost in the credibility of the Indian vaccine. However, in the absence of approval from EMA, individuals vaccinated by Covishield will be restricted to the countries that have approved the vaccine. Furthermore, the travel status of Indians inoculated with COVAXIN remains uncertain as the vaccine is yet to be approved by WHO.

There are no debates regarding the need for border restrictions for the prevention and control of the coronavirus. However, granting authorization to only the vaccines manufactured and used in the Global North is highly unjust and discriminatory.