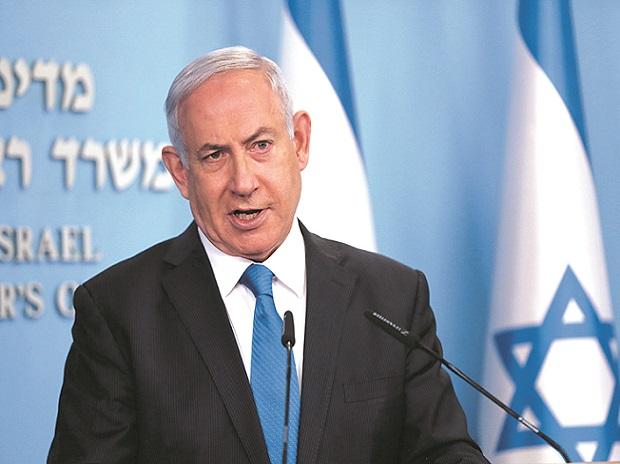 The Israeli parliament on Wednesday elected former labor party leader Isaac Herzog as the 11th president. Regardless, there is an ongoing political struggle in the country and the opposition’s will to oust Benjamin Netanyahu. Herzog, 60, won the election by defeating former headmistress Miriam Peretz by 87 votes. Herzog will assume his duties of presidency next month by succeeding President Reuven Rivlin. He was elected by the Israeli legislation, or Knesset in 2014, to the ceremonial position.

Lawyer by profession, Mr. Herzog was first elected to parliament in 2003 and held some profiles in the coalition government. He was most recently leading the Jewish Agency for Israel, which focuses on relations with Jewish immigrants and the diaspora and encourages more immigration. Isaac is the son of Israel’s sixth president and a former Ambassador to the United Nations- Chaim Herzog.

The presidential vote on Wednesday came while political opposition was forming a collaboration before the deadline. The poll aimed at creating a new administration, ending the record-setting 12 straight years of Prime Minister Netanyahu in office.

The presidency in Israel is ceremonial and directed towards promoting unity among the large ethnic and religious groups. This comes after the 11-day fight with the Palestinian militant group, Hamas. Several mob rivalries were triggered, during this time among the majority Jewish groups and minority Arab groups.

The new president, in his acceptance speech, said, “It is essential, really essential, to tend to the open wounds that have been opened in our society recently.” While the recent conflicts of Israel all over the world, Herzog promised to guard "Israel's international standing and its good name in the family of nations, battle anti-Semitism and hatred of Israel, and preserve the pillars of our democracy."

Israel has gone for four national elections in the last two years and has failed to form a strong, stable majority government. Recently, in the March 2021 election, PM Netanyahu’s Likud party was the largest party with just 30 seats out of 120-member Knesset. Now, the politicians from across the spectrum have successfully formed an eight-party coalition.

The coalition is called the ‘change’ coalition since the only commonality among them is the goal to oust Mr. Netanyahu. Yair Lapid, leader of Yesh Atid, is the architect of the coalition and was the second-largest party in the March 2021 elections with 17 Members of Knesset. The alliance incorporates parties of all ideologies, which is why the stability of the coalition is questioned. Mr. Lapid’s Yesh Atid and Mr. Gantz’s Blue and White, who joined Mr. Netanyahu in 2020 to form a government, came together having 25 MKs (Member of Knesset). They are joined by six other parties- the right-wing Yamina (7MKs), center-right New Hope (6MKs), center-left Meretz (6MKs), Labour (7MKs), secular right Yisrael Beiteinu (7MKs), and Arab Ra’am (4MKs). The eight-party coalition has a nearly touching majority of 62MKs.

Despite the differences in ideologies, the opposition came together with the common goal of ending the 12-year rule of Mr. Netanyahu, who is also facing corruption charges. ‘Change’ coalition accuses the current Parliament speaker of delaying the vote of confidence. This would give time to Mr. Netanyahu to persuade his former allies to change sides. Mr. Netanyahu lashed out on his foes on Thursday, writing on Twitter- “all legislators elected by votes from the right must oppose this dangerous left-wing government”.

Incapability in forming a stable government in Israel shows the true colors of coalition politics. The split verdicts in the elections are proof of a lack of good leadership in the politics of Israel. It also displays the glaring differences among the religious communities in the country. But, at the same time, despite ideological differences, opposition coming together and making efforts to form a government keeps alive the spirit of democracy in Israel.