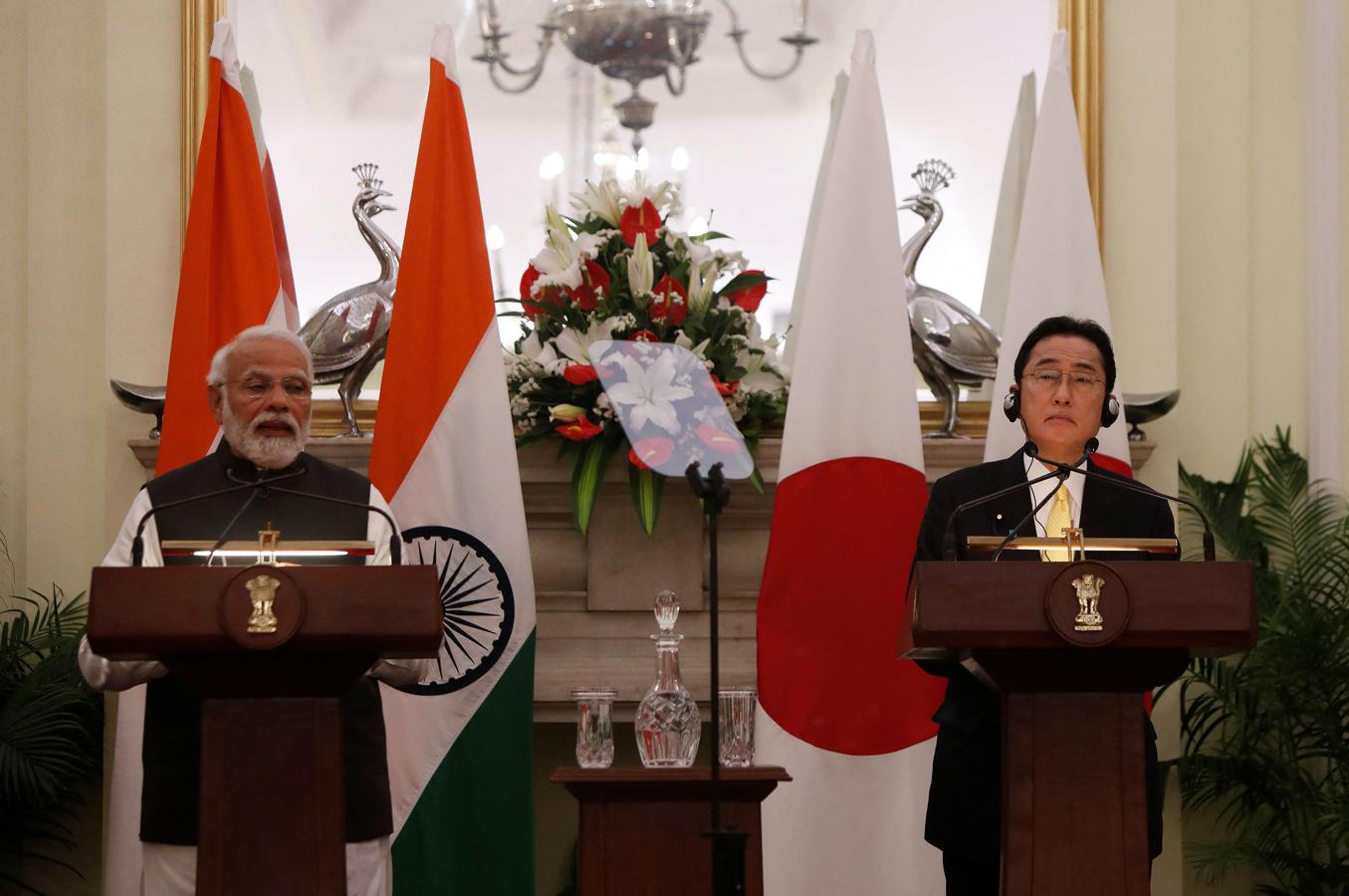 During his India visit for the 14th annual summit, Japanese PM Fumio Kishida announced his investment target of five trillion yen i.e., $42 billion in India during the next five years. This injection of investment will boost India’s slow economic growth by providing long-term gains. Both sides exchanged six agreements on cybersecurity, waste-water management, economic partnerships, urban development, a clean energy partnership, and an agreement on the promotion of bamboo-based products from north-east India.

India’s Foreign Secretary Harsh Shringla noted that this new investment is a measure of the performance of both the countries in the past as India and China had already surpassed their previous (Japanese) investment target of 3.5 trillion yen between 2014-2019.

Discussion on the Russian invasion and Indo-China Tension:

While speaking on the Russia-Ukraine conflict, Mr. Kishida emphasized that Russia’s invasion, “shakes the fundamentals of the international order.” He further added that “I spoke to PM Modi about this and said we should not condone or allow this kind of attempt to unilaterally change the status quo by force in any region of the world.” However, PM Modi made no direct reference to the situation. During the issuance of a joint statement at the end of the summit, both the leaders reiterated their call for an immediate cessation of violence in Ukraine and suggested the path of dialogue and diplomacy to resolve the conflict. Meanwhile, both the leaders promised to take appropriate steps to address the humanitarian crisis in Ukraine.

PM Modi briefed the Japanese Prime Minister on the grave situation at the Line of Actual Control (LAC) with China and the latter’s attempts at ceasefire violation and multiple transgressions. The leaders have discussed abiding by the U.N. Charter and respecting territorial sovereignty and international law. They have also talked about respecting and adhering to the nuclear safety norms.

A Boon for India:

The Japanese Investment will prove to be a boon for India amidst the global post-covid recovery process of the Indian economy. PM Modi noted that as the new “geopolitical developments” present new challenges for the world, it was more than necessary to deepen the relations between India and Japan. This relationship will have a long-lasting impact on the Indo-pacific region. This summit between India and Japan was the first one since 2018 as the previously scheduled summits were postponed due to CAA protests and then, the pandemic.

India-Japan also concluded a “roadmap for competitive partnership” for the Micro, Small, and Medium Enterprises and Small-scale sector companies. Mr. Shikata stated that Japan is aiming to accelerate efforts to complete the Mumbai-Ahmedabad Shinkansen Bullet Train Project as once this project is completed, India will see the benefits and convenience of the project because it will facilitate the development of new smart cities. This environment-friendly project will in turn foster new investments. The Project has been expectedly delayed till 2026 over troubles in land acquisition in Maharashtra.

The two leaders also aim to leave an impact on the world by strengthening bilateral cooperation such as at the United Nations. PM Modi is expected to visit Tokyo in a month or two for another bilateral summit with the Japanese Prime Minister and also to attend the Quad Summit with the U.S President and Australian Prime Minister.