Lakhimpur Kheri and the Road to Justice. 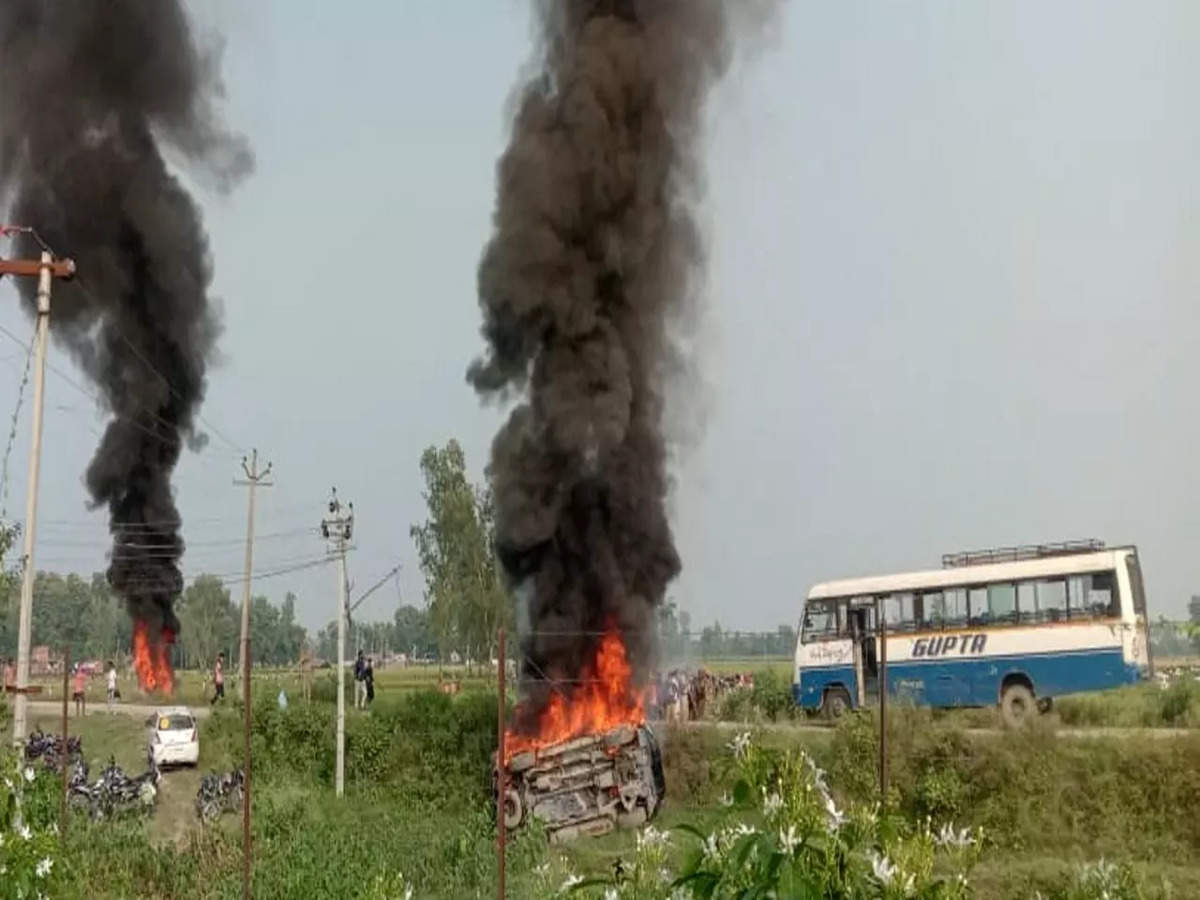 The Lakhimpur Kheri incident of October 3 shook the nation from within. On October 3, three cars rammed into a group of farmers who were protesting in Lakhimpur Kheri in Uttar Pradesh, against the three Farm Laws which were passed by the central government. The protest was led by the Sanyukt Kisan Morcha. According to NewsLaundry, the incident left eight people dead, four farmers, two BJP workers, a driver of one of those three vehicles and one journalist, who had gone there to cover the farmers' protest. According to NewsLaundry, eyewitnesses say that two of those three cars belonged to Ashish Mishra, son of Minister of State for Home, Ajay Mishra.

This incident soon became the epicentre of politics. The Opposition demanded the resignation of Ajay Mishra and a fair probe into the incident. The Uttar Pradesh government led by CM Yogi Adityanath, on the other hand, announced compensation to the kin of the deceased. Rs. 45 lakh each to the family of the deceased and Rs. 10 lakh each to those injured in this incident. The most shocking thing out of this incident was that the Central Leadership still hasn't asked for Ajay Mishra's resignation as a sign of integrity and morals.

The role of The Supreme Court

On 6th October, two Supreme Court lawyers wrote a letter to the Chief Justice of India, NV Ramana requesting him to register a case to look into the Lakhimpur Kheri Incident. According to Livelaw, the case was supposed to be registered as a letter PIL, but it was registered as Suo Moto.

On 7th October, the bench led by CJI Ramana was told that the mother of the deceased(Lovepreet Singh) was in a critical condition due to the loss of her son and directed the State Government of Uttar Pradesh to provide the best medical treatment. According to Livelaw, advocate Shiv Kumar Tripathi, one of the advocates who wrote the letter, told the Supreme Court that the investigation is not being conducted properly. However, after assurance from the state government, CJI Ramana asked the state government to provide them with the status report the very next day.

On the next day of the hearing, The State of UP was represented by Harish Salve. Senior Advocate Harish Salve told the court that we've sent "notice" to the "young man" against whom allegations have been made. He needs to show up at 11 am tomorrow or the law will take its course. To this argument, CJI responded by saying that "We’re not on merits. The allegation is of 302. Treat him the same way we treat other persons in other cases." (IPC 302 deals with punishment relating to murder.) The CJI was also of the opinion that they expect "responsible government and police working." He said that "When there's a serious allegation of 302, how will the accused be treated? Sending notice like please come please tell us?"

Salve responded by saying that the case is very serious, but this was not taken very well by the bench. According to Livelaw, the CJI made the following remarks, "if it's serious, then the way it should’ve proceeded it has not proceeded is what we feel. It appears only in words & not in actions." CJI also came down heavily on the government by saying that in normal circumstances if a case is made out of 302, police go and arrest the concerned person, but here the procedure wasn't followed. Salve ensured the court that the shortcomings would be filled by tomorrow. During the end of the hearing, the bench made it clear to the Uttar Pradesh government that "they are not satisfied by the steps taken by the state government" and adjourned the matter till 20th October.

On 20th October, the Supreme Court said that the state of UP was "dragging their feet."

This comment came when the Supreme Court questioned the UP government over its status report. According to Indian Express, The state government had filed a status report saying that of 44 witnesses, statements of four have been recorded before a judicial magistrate under Section 164 CrPC. The bench was shocked to know that out of 44 only 4 statements have been recorded that too only as evidentiary value. Expressing surprise, J. Kholi said "We think you are dragging your feet. So please dispel that impression." Harish Salve also said that he has provided all the details about the status report on a sealed cover, but this was outright rejected by the bench. "We never said anything about sealed covers,” said the bench.

Salve requested the bench to grant him one more week to end all the queries put forth by the CJI. Adjourning the Court, CJI also asked Salve to make arrangements for witness protection.

On 26th November, the Court was informed that the statements of more witnesses have been recorded under Section 164 of the CrPc. Salve also informed the Court that a lot of Media evidence is there which can't be admitted unless verified. CJI again pointed out the issue of witness protection to which Salve said that the Protection has already been provided. The Court adjourned the matter till 8th November.

On 8th November, the bench while going over the status report said that there's nothing new in it except that more have been examined. CJI also remarked that after granting adjournment of more than 10 days, the lab reports haven't come in. The Supreme Court also suggested that a retired judge from a "different High Court" should monitor the SIT probe as the investigation is not going the way it expected. The top court also said that "prima facie it appears that one particular accused is sought to be given benefit."

“We have seen the status report. There is nothing in the status report except to say that some more witnesses have been examined. We had granted 10 days. Laboratory reports have not come. No, no, no...it is not going the way we expected,” said the bench headed by Chief Justice N V Ramana.

"We, somehow or the other, are not confident and we do want any judicial commission appointed by your state government to continue. We propose to appoint a person like say from Punjab and Haryana High Court, Justice Ranjit Singh, who has expertise in criminal law and army background...let an independent judge like Justice Rakesh Kumar Jain, again from the same HC, monitor everything," the bench observed according to Business Standard.