Lest We Forget About Kulbhushan Jadhav 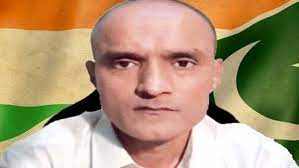 Coronavirus has taken more lives than the Spanish flu. India facing the second wave of Covid-19, is dealing with a shortage of beds, oxygen, and one person still in Pakistan?

A farmer who spent 22 years in prison for a crime he never committed. Sarabjit Singh accidentally crossed the border, just like many farmers, fishermen both for nine months; his family had no idea about his whereabouts. Then after one year, a letter arrived about his conviction. Unfortunately, Sarabjit Singh never returned to India because he was brutally murdered in the central jail, Lahore, by the inmates, and he succumbed to his injuries.

Kulbhushan Jadhav, a former Indian Navy officer who took premature retirement from the service, was abducted from Chabahar, Iran, while he was on a business trip. Pakistan accused Kulbhushan of carrying out espionage and being an Indian spy.

Was there any proof? No concrete evidence has been given by Pakistan except the fabrication of fake videos and harassment of Kulbhushan's family. Pakistan gave Kulbhushan the death penalty on April, 10th 2017, which India revolted, and the case went to the International Court of Justice.

ICJ swayed the execution under the Vienna Convention Article 36(1). The reason being that they have to review the case and provide Kulbhushan Jadhav with consular access. India's stand is firm for unconditional consular access to Kulbhushan Jadhav, and the International Court of Justice has ordered Pakistan to provide proof to India.

Islamabad high court's Chief Justice, Athar Minallah, Justice Amir Farooq and Justice Miangul Hassan Aurangzeb heard the plea for consular access by a lawyer of Pakistan under the verdict by the ICJ.

What is interesting about Kulbhushan Jadhav's case is that Pakistan has not shared any details, such as the FIR, the charge sheet or the judgement by the military court against Kulbhushan. Harish Salve hopes that Pakistan does not do what it did with Sarabjit Singh. Pakistan will not admit what it did.

After International pressure, Pakistan let Kulbhushan meet his family after one and a half years, but the diplomats in front of the media harassed the family. They were allowed to meet him only for thirty minutes. Imagine the ordeal of a mother and a wife.

The video released by Pakistan was interesting because, just like a kid saying, I am a bad kid, I have committed a mistake. Some amateur edited the footage released by Pakistan. No details, no dates mentioned, no specific moments, the camera capturing only his left side. His mouth moved differently than the words spelt.

It was precisely how Pakistan diplomats tried to prove to the United Nations that they have not sponsored any terrorist activities in Balochistan and didn't act against human rights. At the same time, the death toll in Balochistan says something else, along with the Balochistan people's plea for freedom.

ICJ finally ruled in favor of Kulbhushan Jadhav, and Pakistan was to grant consular access to him. But, due to the disturbed diplomatic relations between India and Pakistan, both sides have not agreed.

According to Harish Salve, Pakistan's grant for consular access was too late. India now is in a tussle with Pakistan. Pakistan claims that they are providing access and are legally following the ICJ proceedings. Are they? That is not the case.

Pakistan has refused to answer any questions about an Indian permanently representing Kulbhushan Jadhav. Pakistan has made it clear that only a licensed lawyer from Pakistan can represent Kulbhushan in their country. They have tried to persuade the ICJ.

Harish Salve even stated that India opted for both forward and backward channels to free Kulbhushan, but Pakistan has not responded. India may have to go back to the ICJ again to get justice for Kulbhushan.

Harish Salve gave evidence of why Kulbhushan is not a spy? He took premature retirement and was on a business trip to Chabahar in Iran and was kidnapped by the Taliban. India wrote four-five letters to Pakistan regarding Kulbhushan's case, and Pakistan didn't even respond to anyone.

ICJ directed Pakistan not to hang Kulbhushan under any circumstances and provide India with information about Kulbhushan and maintain his good health. Pakistan, which has not provided private access to Kulbhushan, has been dragging the case for years. They know he is not a spy, and proving is beyond their boundaries.

The case of Kulbhushan is not the first one; countless fishermen and Indian citizens are still in Pakistan jail waiting to return home. The Indo-Pak boundary has had quite a history. Since 2017 India has provided ample evidence to prove Kulbhushan's innocence.

It is high time that the ICJ, along with the esteemed UN, take the matter more seriously and take action against Pakistan under the International constitution to persuade Pakistan to release Kulbhushan. It has been years since Kulbhushan has seen his country and the question is, have we forgotten about Kulbhushan? We must not fail him because who knows if there are another 22 years of wait? History should not repeat—no more Sarabjit Singh.

The Right To Have A Family. Focus On ‘Sole’ by Carlo Sironi