Live-In Relationship- All You Need to Know About This 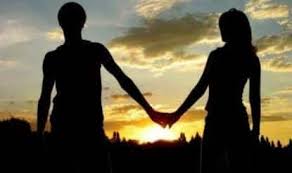 Indian society is changing dynamically over the period. The custom and the practices have a significant influence from western culture. From drastic changes in the lifestyle of women to the changing states for better education, people in the society have opened up their minds towards the culture of the west. Advancement in relationships is one of such prominent changes. Feeling togetherness and being loved is what people look for in their life. Thus, tieing knots with their partner, i.e., marriage, seems a lot more for the youth of our country. Therefore, an alternative to this is a relationship that resembles marriage but gives freedom from obligations and responsibilities. That's how the live-in relationship came into the picture. However, it is still facing criticism and is entirely not accepted by society.

The meaning and ambit of a live-in relationship are not crystal clear. A live-in relationship is a living arrangement in which a couple lives together in a long-term relationship without getting married. The live-in set-up sometimes resembles the marriage. The couples share the same roof, but there is no marriage between the parties. It involves constant cohabitation between the companions without any duties towards one another. One out of the two can walk out of the relationship if they want as there is no law tying them together. It is also called, 'common law marriage.' In India, marriage is the only relation that is considered legitimate. Otherwise, all other sorts of relationships are deemed to be illegitimate.

A variety of reasons include:

. They might want to test their congeniality before they commit legally.

. In cases involving gay or lesbian couples, or individuals already married to another person, the law does not allow them to marry.

. In some cases, the partners may feel that marriage is unnecessary.

. Marriage may not be supported or not authorized by the family due to inter-religion, age difference, etc.

. Sometimes they were scared from responsibilities that arose as a married partner, after that as a parent.

. To get away from the loneliness in their lives, senior citizens have started preferring to live-in relationships.

Live-in is quite common in India but maybe not socially talked about. Being in a live-in relationship is of great duty in itself.

It's more like a hurdle race. You jump over one hurdle, and there comes another hurdle right away. And the only way to run smoothly is to jump over the entire hurdles that pop in front. The hurdles faced are:

It's remarkably challenging to find a society that is open to the concept of a live-in relationship. Just in case you find the society, you will have to pretend to be husband and wife, which is a difficult task.

Indian parents are usually against the concept of live-in. So it's nearly impracticable to convince them, and if they do not accept, get ready to lie a lot. If anytime the parents visit suddenly, it will be a very challenging task. Hiding the stuff of your other, escaping from the shadow eyes of your parent's is a difficult task.

How is Live-in defined under Legal Recognition of India?

There is no specific law regarding the matter of live-in relationships in India. The concept of live-in is not highly recognized. However, the Courts have upheld the validity of such relationships.

The constitution of India has given certain essential rights and privileges to the people. In the canon under Article 19, Indian citizens have an absolute right to freedom of speech and expression and reside and settle in any part of the territory of India. Apart from this, Article 21 of the Constitution confers the right to life to every person. One's wish to reside with a partner of their choice and establish a sexual relationship by rights mentioned above and freedoms. However, it is kept in mind that such rights and freedoms are not absolute.

'Live in a relationship' is a different legal concept, which already secured its stand in society. It is initiated in law by way of various rulings passed by the superior courts. Talking about Payal Sharma v. Superintendent, Nari Niketan, and others 4 Justice M Katju and Justice R.B. Mishra stated, "In our opinion, a man and a woman can live together even without getting married if they wish to. Living together may be regarded as immoral by society, but it is not illegal. There is a difference between legality and righteousness."

In conclusion, the societal framework has always focused on the debate about the live-in relationship. No law prohibits live-in, and therefore, it is not considered an offense. To bring justice to the female victims of live-in relationships Indian judiciary took a step and made proper arrangements. But even after the appropriate settlements, India has not legalized it. It is legalizing means that having special legislation for live-in. As of now, no decree or statute governs explicitly matters related to continuation, preservation, guardianship in regards to live-in relationships. However, the Domestic Violence Act 2005 for the protection of Women is supported by Indian laws. Also, at the same time, courts frequently decline to make any positive steps towards it. Actions are ignored to avoid conflict with the general society strategy.

The Indian judiciary is henceforth not prepared to treat all kinds of living relations like marriage. Under the 2005 act, only stable and reasonably long ties between the couples avail the advantage. The judiciary must ensure that law has to accommodate the changing scenario of society. Through various judgments and case laws, courts attempted to get a clear picture regarding the status of live-in relationships. It remains unclear on multiple aspects, where there is an urgent need to have different sets of rules and regulations and codification to such relationships. Not all live-in relationships can accept, but only some satisfy the particular essential requirement.

Have you ever wondered how materialism is affecting relationships and society?