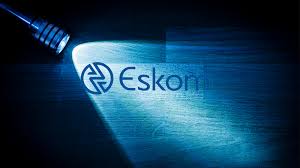 South Africa is currently facing the worst load shedding they've experienced in the last 15 years — 3600 hours and more than 200 days with rolling blackouts. Stage 5 load shedding means citizens face up to 10 hours without lights per day. It has become the new norm for all South Africans.

The rapidly increasing power cuts have been catastrophic for South Africans and their economy. Earlier this year, President Cyril Ramaphosa stated that there needs to be a major reform for the energy sector. The increase of the rolling blackouts has inevitably impacted numerous important sectors of the economy. Eskom, South Africa’s primary electricity supplier, has implemented stage 4 load-shedding until further notice. With the unpredictability of load shedding, many South Africans might be spending the festive period in darkness.The load shedding has not only impacted food security and mobile networks, but many small companies are losing business because they can’t operate during load shedding hours.

According to stats SA, in the second quarter of 2022, the gross domestic product has decreased by 0.7%. The decline is a result of the continuous blackouts which has greatly affected the economic sector. Students who study online can’t submit assignments on time and many people who work from home are not as efficient because of the unreliability of the electricity, forcing them to commute to the office on a daily basis. In the latest utility report, Eskom says that businesses and citizens will have to deal with load shedding until 2027. Over the past two weeks, South Africans have been facing stages four- which means up to eight hours with no electricty, five- is up to ten hours of loadshedding and six- means South Aricans get up to twelve hours of load shedding per day; due to continuous breakdown within the power plants. With Eskom unable to provide the electricity the country needs during much of the December holidays, when the major factories are closed, there is real concern about what will happen when the economy ramps up again in mid-January. According to the utilities data, the energy availability decreases on a weekly basis. Oberholzer said the new Eskom board has set the interim target of an EAF (Energy Availability Factor) of 65% by the end of 2023. “We will try our very best to achieve that,” he said, but added that it will “at least be above 60%”.

In the latest effect of load shedding- KFC has closed some of their outlets in South Africa as it struggles with supplier issues. According to news24, even though many of the outlets have generators, suppliers are not able to provide products due to the high level of rolling blackouts. The company tweeted on Wednesday, “The current constraints are due to load  shedding impacting some of our suppliers. We are working hard to sort out all constraints with our suppliers, and we’ll be open as soon as possible.”

South Africans are likely to deal with prolonged levels of load shedding in the foreseeable future. Due to the alleged sabatage to the power plants over the festive period, President Cyril Ramaphosa ordered SANDF to man some of the power stations in order to end the sabotage.