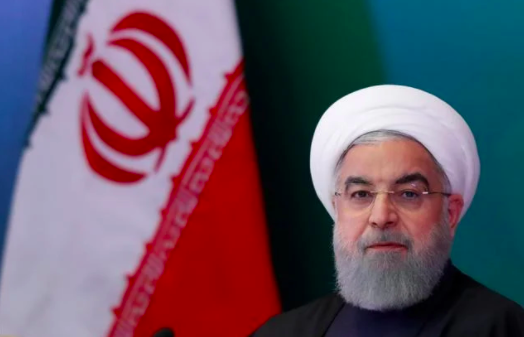 Ebrahim Raisi, a hardline conservative cleric, was announced to be the winner of Iranian Presidential Elections 2021. He secured more than 60% of the popular vote and won by a massive margin of around 14 million votes. The runner-up in this election, Mohsen Rezaee, got only 3.4 million votes in comparison to Raisi’s 18 million.

However, there is much more to Iranian elections than what meets the eyes. These elections are not free and fair, to say the least. Presidential elections are hacked by the establishment from the beginning. A 12-member Guardian Council approves who can participate in a Presidential Election. This year around 600 candidates applied, but only 7 were approved.

Even out of those who were approved, at least five are hardliners. The Council rejected some prominent names like ex-parliament speaker Ali Larijani allegedly because he was not a hardliner enough. Critics have argued that many other such reformist candidates who could have posed a threat were not allowed, to participate.

Moreover, even though a President is the highest elected member in Iran, he is still the most powerful man in the entire nation is the Supreme Leader. It is a lifetime position, and any person entrusted with this post enjoys absolute powers within the region. Ali Khamenei, current Supreme Leader of Iran, has control over the armed forces, judiciary, state television and has the final decision over crucial policy issues ranging from the environment to foreign policy. Khamenei holds the highest office since 1989 and will maintain his position until he wishes.

Under these circumstances, there are strict limitations to what a President can do in Iran. The Supreme Leader also greatly influences Presidential elections. Six members of the 12-member Guardian Council which approves Presidential candidates are directly chosen, by the Supreme Leader. Those members wouldn’t let any candidate run without his wish. Moreover, the remaining 6 members are proposed by the Iranian parliament but approved by the Supreme Leader. In this way, it is impossible for any candidate disliked by Khamenei to even run for elections.

Iranian people have not appeared to be very enthusiastic about these elections. According to government sources, only 48% of total eligible voters voted in this election. It is the lowest ever voter turnout in Iran’s history. Only 26% of people cast their votes in the Iranian Capital Tehran. Experts say that this lower turnout was caused by the fact that only hardliner candidates were allowed to participate, and prominent reformists who are candidates were rejected.

Voters who wanted change didn’t have many options so they decided not to vote. In comparison, with the 2013 and 2017 Presidential elections when moderate candidate Hassan Rouhani was running, a nationwide voter turnout of 72.9% and 73.3% were registered. There were also online campaigns being run, and urging people not to vote to send a signal to the establishment.

Democratic nations have reacted very harshly to this “unfree and unfair” election. U.S. State Department spokesman Ned Price called the Iranian election procedure “pretty manufactured” and refused to accept that the latest Iranian elections were unbiased. Replying to these accusations, Iranian government spokesman Ali Rabiei said, "We consider this statement as interference in our domestic affairs, contrary to international law and reject it,". He also said that the US has no authority to raise questions over the election process in other nations.

Israeli Prime Minister Naftali Bennett also appeared to be dissatisfied with these elections. He said that the voting of Ebrahim Raisi as Iran’s president a “final wake-up call” for the world. He said, “Raisi’s election is, I would say, the last chance for world powers to wake up before returning to the nuclear agreement and understand who they are doing business with”. Foreign Minister Yair Lapid called Raisi “the butcher of Tehran” and held him responsible for the deaths of “thousands of Iranians” about Raisi’s involvement in mass executions in 1988.

However, Russia has welcomed Raisi’s appointment as the second-most influential person in Iran. Russian President Vladimir Putin congratulated President-elect Ebrahim Raisi for his victory in the 13th Iranian presidential election. Putin expressed his hope of warm ties for Tehran and Moscow in the future. He said that Iran and Russia have had good relations with each other.

Russian Head of State hoped that with Raisi as President, both the nations will continue to cooperate mutually in various areas at bilateral and international levels. Putin also added in his message that with a friendly approach, the interests of the Russian and Iranian nations will be met, and it will help in strengthening regional security and stability. Russian Head of State also wished for the sound health of the Iranian President-elect.

Syrian President Bashar Assad congratulated Raisi on his victory in elections. Iran has made possible Assad’s hold onto the presidency amid his country’s decade-long grinding war. Dubai’s ruler Sheikh Mohammed bin Rashid Al Maktoum, who is also the vice president and prime minister of the United Arab Emirates, congratulated Raisi on his win. He tweeted, “We wish for the Islamic Republic and our bilateral rules, stability, continuity, and prosperity.”

Raisi has filled various positions in Iran's judicial system, such as Deputy Chief Justice (2004–2014), Attorney General (2014–2016), and Chief Justice (2019–present). Most controversial of all, he has also served as Prosecutor and Deputy Prosecutor of Tehran in the 1980s and 1990s, then he oversaw the execution of thousands of political dissidents and prisoners. Many international human rights organizations have accused him of crimes against humanity.

Ebrahim Raisi also contested the 2017 Presidential elections when he lost to Hassan Rouhani. The US has also sanctioned him for human rights violations. Raisi made headlines with his appointment as Prosecutor General of Karaj in 1980 at 20 years of age. Later, he also served as the Prosecutor of Tehran and the First Deputy to the Head of Judiciary from 2004 to 2014, after which, he became the Prosecutor General of Iran from 2014 to 2016.