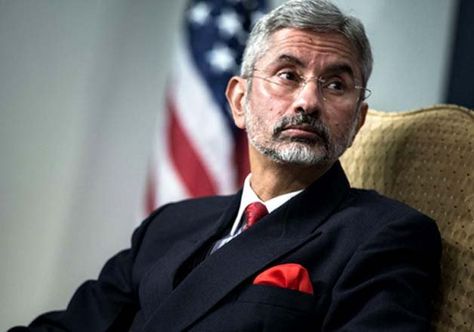 “India’s stance on Taliban has always been a hostile one, owing to several terrorist acts committed by the outfit. The lack of effective cooperation during the 1999 Kandahar hijacking, where topmost terrorists like Masood Azhar, Omar Farooq were released in exchange for hostages on board even at that grave hour India was resistant to talking to a terror outfit like Taliban.”

With reports of an alleged secret meeting between Indian diplomats and representatives of the Taliban in Qatar, we see a fundamental shift in the policy towards the Taliban owing to the shift in power in Afghanistan after the withdrawal of US troops. Ever since the announcement of US withdrawal, the Taliban has gained ground in Afghanistan and is expected to take over Kabul within the next six months, with sources claiming, that the Afghan army is not just losing, but deserting. Taliban has close ties to Pakistani terror group jaish-e-Mohammad, which carries out terror attacks in Kashmir.

India has a colossal presence and interests in Afghanistan, all of which might be at stake with the shift of power in Afghanistan. Also, the Taliban’s intervention in Kashmir would be a catastrophe for India. Therefore to keep these problems at bay, Indian diplomats are reported to have held a secret meeting Talibani representatives at Doha in Qatar to protect its interests in Afghanistan and secure non-intervention of Taliban on Kashmir issue however India's support to the Taliban does not come at the expense of abandoning its support to the democratic government of Afghanistan led by Ashraf Ghani.

Taliban has earlier maintained that Kashmir is an internal issue of India, and Afghanistan, will not interfere in internal affairs of any country Taliban spokesperson Suhail Shaheen said“Pakistan is our neighbour, we have shared values and history.

India is also our regional country, and no one can change one’s neighbours or region. We must accept this reality and have a peaceful coexistence. That is in the interest of all,”d it is being feared that with the increasing rise of Taliban Afghanistan will return to 1990’s era of pre-US invasion were militias controlled Afghanistan. According to major foreign experts, the political faction of the Taliban promotes cooperation with India, while the military wing opposes it, which section is more influential after the complete control of Afghanistan will determine its foreign policy towards India.

India has previously injected close 3 billion for infrastructure development in Afghanistan, Pakistan termed India presence in Afghanistan as “more than necessary” Pakistan has expressed its displeasure at the meet with Pakistani national security adviser Moeen Yusuf saying, "[The Indians] kept having the Taliban killed daily and kept giving funds for operations against them and today they have reached there to have talks," also Pakistan has a more inclusive relationship with the Taliban and also shares a physical border with Afghanistan, India was left out of the peace talks in Afghanistan conducted by the US.

Dialogue with the Taliban is like playing with fire. Although it seems that talks with the Taliban may be strategically beneficial to keep their non-intervention in Kashmir, it may backfire as Pakistan is a key and old partner of the Taliban and Taliban infiltration in the Kashmir valley is the last thing India needs right now. Reports of this secret meet come in simultaneous when a prime minister is holding talks with the Kashmiri leadership of the Gupkar alliance. Indian foreign minister S.jaishankar has denied the happening of these meetings “We have seen social media reports claiming that EAM has met certain Taliban leaders. Such reports are completely false, baseless and mischievous,” said the official sources.

quick correction - India has had a hostile relationship with the Taliban, not Afghanistan