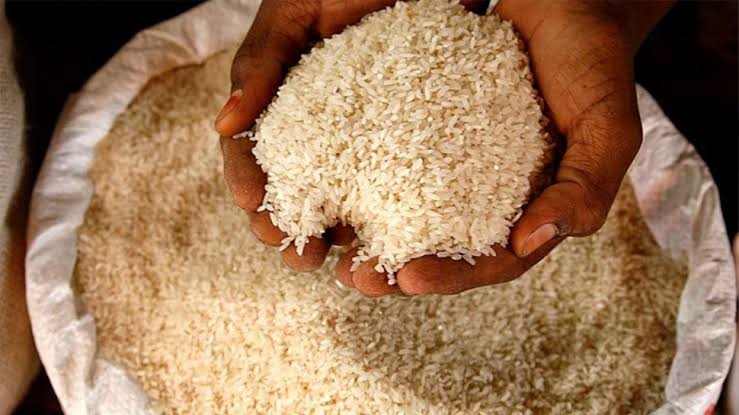 Did you ever witness someone taking advantage of the government's policy aimed at bringing goodwill to society? If not, then surely you are not Indian. In India, it happens quite often. I am not saying it's the fault of the country or the state, but we humans are the ones made up of this propensity. We have a bad habit of turning situations around to attain maximum benefits without looking at the consequences it might bring. We look for opportunities to make a profit for ourselves, regardless of whether it is a government policy or not. But, if we look into things deeply, maybe taking advantage at times can be due to helplessness rather than for-profit? A similar incident took place in Meerut.

A case of black marketing of free wheat and rice under 'Pradhan Mantri Gareeb Kalyan Yojana' has come to the fore. A person in Brahmpuri, Meerut got caught buying rice from ration shops. The person was later identified as Subhan. He had parked his cart near the Ration agency. People would buy rations from the agency and then sell them to the cardholder. This was going on for several days. Some people there informed Rakesh Godh, BJP leader, and Dinesh Chand, food supply inspector. They arrived at the spot of the incident immediately along with the workers, and a probe into the matter took place. It was discovered that after buying rice, the cart holder sold around 50 handcarts every day to a person on the kaanch wala pul. He also added that he purchased the rice at cheap prices and then sold it at Ilyas's godown in Zakir Colony.

The rice that was bought by the person was kept in the room at Fatehullapur. The room was discovered to be full of rice and was later sealed. However, the reason behind his actions was not clear. Later, the Inspector of Brahmpuri police station was informed, and a case was filed against him. After investigation, it came to be known that some people are roaming in the streets and buying rice. Various other families were also identified who were selling rice in the market after buying it from the government.

The Pradhan Mantri Gareeb Kalyan Yojna was launched in March 2020. This scheme aims to reach the household of every poor in the country and provide them with food and money through the ration distribution system. The ration is distributed from the ration shop every month to all the ration cardholders of the country. Sometimes, money has to be paid according to the rate fixed by the government. But everything has been affected a lot due to the COVID-19 pandemic. People have stopped getting employment, due to which they are facing a lot of difficulties in running the household as they are not able to earn due to the pandemic. Therefore, the government has announced a free ration to provide relief to the poor. In the pandemic, government is providing 5 kg wheat or rice and 1 kg of preferred pulses for free every month to 80 crore poor people. This package was first extended to June 2021 but after that, it was further extended to November 2021. Now free ration is available till Diwali. However, this Yojana includes some more benefits such as women with a Jan Dhan account will be getting Rs 500 per month, insurance of 50 lakhs for covid fighters.

I believe this is a great initiative taken by the government, as it is a well-known fact that poor people have been affected a lot because of the coronavirus pandemic. Not only have they lost their source of earning, but there has been an increase in unemployment too. However, this is not the first time such a case has been witnessed. Some people might call it helplessness due to the coronavirus pandemic, but similar incidents where people sold ration at higher prices after buying it from the agencies have taken place even before the pandemic. In some cases, the dealers themselves are caught in the black marketing of rice and wheat. There was a case in 2017 when the government had installed EPoS (Electronic Point of Sale) machines at the (Public Distribution System) PDS centres. A lot of ration dealers across Uttar Pradesh resigned because after the installation of machines they weren't able to earn profit for themselves. According to sources, before those machines were installed, there was no transparency in the distribution of ration and dealers could do as they pleased, but after that, it became difficult for them.

In my opinion, such acts are shameful because people are trying to take advantage when the government is trying to do something for the goodwill of society. What I didn't understand is why some people are trying to sell ration in black markets when they are getting it for free. We know that our economy is already getting worse due to this pandemic, yet when the government is trying hard to help people, you as a citizen should show some support, but what you are doing is completely the opposite. Another thing that I can't understand is why people are trying to take advantage when it is only going to be a disadvantage for them, as selling the basic food item like wheat and rice at higher rates can lead to more poverty, which would only have an impact on the poor people. The people doing it need to be identified as soon as possible and there should be an appropriate punishment for it. The government should make some strict laws so that nobody in future dares to do it.